BBC slugs out the future with the biggest players

While the UK tears itself to pieces, the BBC argues for a role which illuminates our own Australian dilemmas.
David Tiley 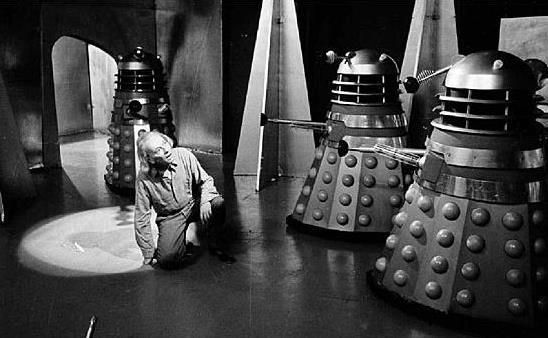 A year ago, BBC Director-General Tony Hall made a speech at the Royal Television Society Cambridge Convention, in which he focused on the the whirlwind of change we face in the media. He told the audience:

‘Ten years ago, when the App Store first launched, not a single member of Facebook, Amazon, Apple, Netflix and Google were among the top 30 most valuable companies in the world. Fast forward ten years, that group of five has increased in value by about 3 trillion dollars. All but one is now ranked in the top 10 of the most valuable companies in the world.

‘Second fact. Audiences have changed. Bodyguard may have us all on the edge of our seats but for young British audiences, Netflix is now roughly the same size as Channel 4 and close to the size of BBC television and iPlayer together.

Between them, Netflix and Amazon were spending almost AU$20 billion, while the BBC was stuck on AU$4.6 billion, and falling. Hall concluded that the BBC has to play on a colossal level. Hobbled by poverty, it could flourish using its talent, its brand and its integrity.

That is not an option for Australia. We are and will remain tiddlers on the world market, surviving (we hope) on partnerships, distinctive content and panache, backed up by a regulatory base to ensure some degree of scale.

This September, Hall was back on the same podium. Unsurprisingly he hammered that integrity line.

‘In an age of disinformation, propaganda and fakery, people want access to truth. To trusted, accurate news, at a time when the whole idea of trust and truth has never been more contested. When the false prophets of certainty want to feed us easy answers, our job is to reflect our age of uncertainty as it is. Being honest about what we don’t know, and acknowledging that we’re uncertain too.’

He is laying out clearly the changing role of truth in media as it affects the ABC and some parts of the mainstream media in Australia as well. The disintegration of public integrity is both a cataclysmic problem and a clear opportunity for organisations which are provably honest, with values that reflect the best of our cultures. For the BBC that includes increasing regionalism, localism and diversity – all pressures which Australian Aunty is managing as well.

Hall is insisting that the BBC was set up to create social change, to build a key pillar for democracy. It is the wellspring of the organisation, a matter of pride and not embarrassment.

‘…we have a unique mission and purpose. All audiences – old and young – believe in it. Purpose and values matter today more than ever, as people pick and choose services for ethical reasons, a belief in public service, as well as economic ones.’

The ABC is the same, and has every right to build a distinction between its integrity and the horrors of private media moguls.

Hall also accepts  that the knowledge economy is a fundamental extension of the growth which underlies economies.

‘…because creativity, innovation and imagination – intangibles in the old accounting phrase – are new sources of value in the future. Across all parts of the economy, in all parts of the world, companies are creating huge businesses from assets that you can neither see nor touch, in formats, design, branding, R&D, data, and software. These intangibles are increasingly the source of long-term success for companies – and countries – alike.’

What of the global media giants which he saw as such gamechangers just a year ago?

‘The second wave will see a range of new entrants entering an already crowded market. We saw it last week as Apple announced their new subscription service. Disney, Hulu and others are to follow.

‘This is, of course, great for audiences… possibly.

‘The competition will be fierce. The libraries of current players may shrink, as other players pull their content to place them on their own services. The established streamers may need to fight harder to offer the value they currently give today. The public will be asked to subscribe to an array of streaming services. And they may not want them all.’

From an Australian perspective, that word ‘may’ is obsolete. We are more exposed to world trends, are more exploitable, our national institutions are less powerful. Ironically we are luckier as the strength and scale of the UK has delivered the nightmare of Brexit, while the savage divisions of wealth and power are enforced by a civil service which is more brutalised than ours.

The Hall speech tell us that the fundamental DNA of public broadcasting is indeed potent and valuable to a civilised society. But it also shows us how our approach has to be very different, as we find the scale of the market players more dangerous. This is an argument for backing our own creative responses and defending both our right to regulate and retune a system which is fit for purpose for us, for small players in a riven world.