Thomas Duncan-Watt has won the 2021 John Hinde Award for Excellence in Science-Fiction Writing for Episode 11 of the animated series Space Nova.
Cody Smith 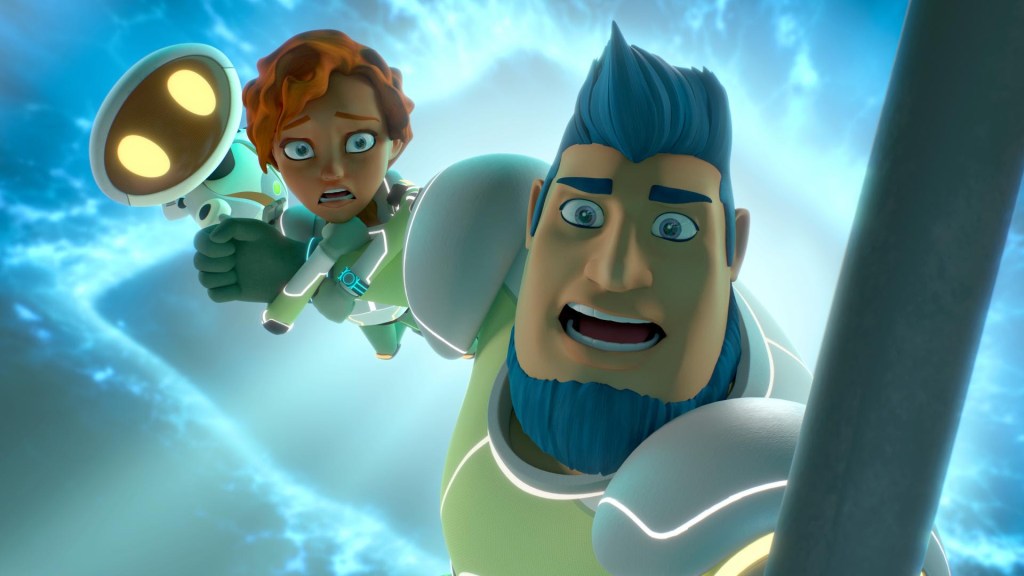 Filled with daring adventures and stunning animation, Space Nova follows the interstellar quest of the maverick Nova family as they seek out extra-terrestrial intelligence beyond the fringes of known space. Duncan-Watt, who won an AWGIE Award in the Animation category for the series in 2020, was awarded the $10,000 prize for Episode 11 of the first season, Ghost Station.

‘I’ve been writing science-fiction since I was about 11, when my friend Josh Brandon brought a bunch of us together on weekends to make our own sci-fi show,’ Duncan-Watt said. ‘Space Nova represented the opportunity of a lifetime – a chance not only to help shape a world-class science-fiction series, but one written with my younger self in mind.

The series marks Duncan-Watt’s debut as Head Writer/Script Producer, a role production company SLR offered him after working together to develop the series and write the pilot.

‘I owe a huge debt of gratitude to Suzanne Ryan, Jo Boag and the whole team at SLR with whom I shared a vision of a series that delivered groundbreaking ideas, characters and themes not afraid to tackle the big “what ifs” at the core of great sci-fi. Winning Australia’s most prestigious science-fiction screenwriting prize is not only a dream come true but an incredible validation of that vision achieved.’

The John Hinde Award was established as part of a bequest from the late Australian film critic John Hinde, whose vision it was to see future generations of Australian science-fiction screenwriters celebrated through industry opportunities.

Past winners in the produced category include Shelley Birse’s The Commons in 2020, Lucas Taylor’s AWGIE Award-winning multilinear narrative experience Eleven Eleven in 2019, and Cris Jones’ feature The Death and Life of Otto Bloom in 2017.

Space Nova was commissioned by Super RTL, ABC Australia and the Nine Network and developed with the help of Screen Australia, Create NSW and the Australian Children’s Television Foundation.