Dominating the box office, but faced by cuts, what is the future of the Australian feature film sector?
David Tiley 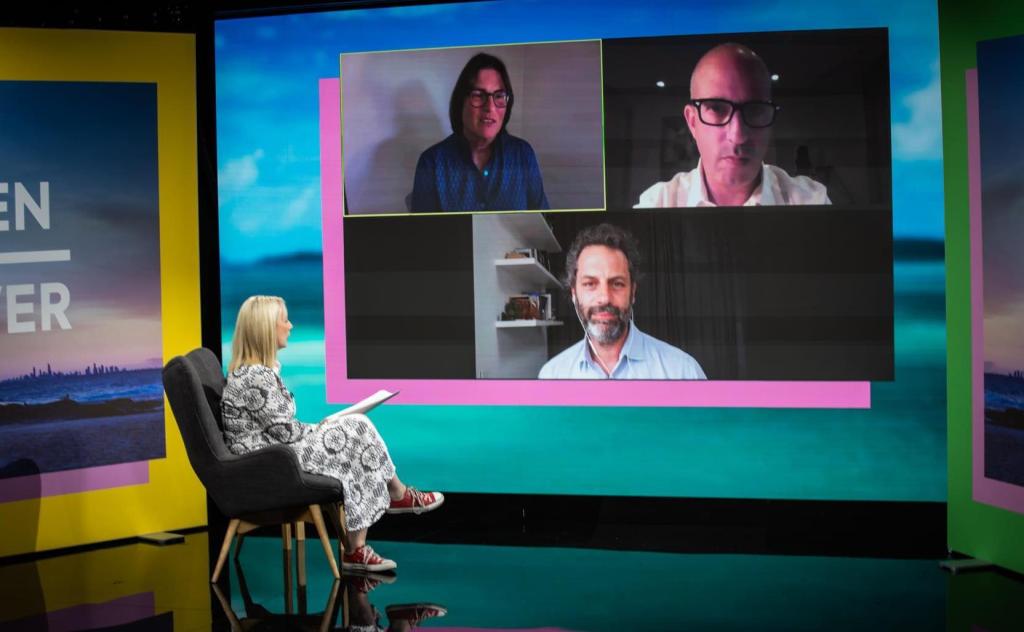 The loss of the American tentpole releases in cinemas created a unique space for local films to flourish, and Australian film producers are riding high on the box office success of domestic releases since Christmas. But a panel on the future of film at Screen Forever feared that the current success masks the threat of extinction.

Everyone on the ‘Australian feature films: 2021 and beyond‘ Zoom panel bets against the odds again and again to invest resources and reputation on Australian film production. Joel Perlman runs Roadshow Films, the distribution company responsible for The Dry and Penguin Bloom and High Ground. The larger Roadshow company went international from an Australian base long ago, but it has never completely given up on local investment. sse

‘Certainly The Dry exceeded all of our expectations but these films were going to work wherever they went,’ he says. ‘But they have an opportunity to have a very long tail in which The Dry is still the number one film going into week eight. That’s unusual.’

‘I think it is a huge indication that Australians are more than capable of making high quality, Interesting, engaging, broad films for audiences, and it’s great that we’ve had this opportunity. I’ve been asked a lot whether the Australian films in the market would have gotten this box office success of it wasn’t during this period.

‘Absolutely they would have.’

Also on the panel was Emile Sherman, co-proprietor of See-Saw Films, a Sydney-London company known here mostly for The King’s Speech, Tracks, Lion and two series of Top of the Lake.

‘I don’t read too much into the current situation,’ he said, ‘aside from what I have always believed, which is that Australians love really good Australian movies. They get the support generally of the distribution and exhibition communities because they believe in their audience for them. And they always perform better here than they perform overseas.’

He went on to call this period ‘a great motivating moment that once again we see Australians going out to see Australian cinema.’

That was all very positive, but the discussion passed quickly to the vexed reduction of the 40% film tax offset to 30%, in return for an increase from 20% to 30% in television. At a moment of opportunity, the government has made production significantly harder.

Session convener and producer of The Dressmaker Sue Maslin figured Screen Australia will feel pressured to cover that 10% gap, which changes the balance towards cultural guidelines (and the reigning ideologies that drive them) and away from the marketplace. She explained some of the other pressures on deals – ‘Distributors are even less likely now to put up minimum guarantees, producers are losing the opportunity to recoup from ancillary returns with no back end on subscription video-on-demand (SVOD), and overheads will no longer be eligible for QAPE, previously a critical source of producer finance’.

In the longer term, Sherman was concerned that the federal government now offers the same 30% support to local and international production. ‘We’ve been told we are really as valuable as an offshore production and we know from experience from looking around the world that an industry needs to be fuelled from the inside out’.

In other words, domestic production is key. It is much more stable than footloose international imports which will disappear with changing exchange rates and higher subsidies elsewhere.

Pearlman’s remit covers investment in production as well as distribution. He knows from experience that, ‘Every single Australian feature we’ve ever been involved in has been an immense mountain to climb to get financed even at 40%. So I’m very worried about drilling this down now to 30% and what that means.’

Producers already invest their own fees to get films made, which is surely unique as an industry norm. The Dry would not have been made on a 30% rebate, and the same is true of most films which Roadshow has invested in. The current chaos bristles with questions – what is feature film, what is television, what feature projects can be reborn as short run miniseries?

For Pearlman, the very fact that Hollywood studios are stockpiling blockbusters rather than releasing them to their own Subscription Video on Demand (SVOD) platforms proves they know that a cinema release followed by SVOD is the best way of exploiting the assets. And Hollywood has lost an entire studio as 20th Century Fox has been absorbed by Disney.

He believed we will see a glut of big films after the current drought, but in the longer term the number of cinema released blockbusters is likely to decline as studios channel ideas and franchises to series rather than single films.

While this can make competition for screens easier for smaller films, we are seeing a relentless international improvement in them as well. Success is not about access to cinema space, he argued. Instead, ‘what is going to make your film successful is if there is a sense of real urgency for people to make the decision that they’re going to go to the cinema to see the film. That that level of urgency is the critical thing that is needed when conceptualising and developing for for the big screen.’

At this strategic juncture, the government has created a funding crisis. He is suggesting an unpredictable mess, which needs a variety of outfits filling a varied ecosystem and sensitive to local tastes. For that we need a strong local independent sector which can create portfolios of work to minimise risk.

This discussion skipped around the toxic central issue – can we see a stable future for the cinema sector? After all, it only survives now by heavy government subsidy. In a way, the panel is conceding that this question is unanswerable. We live in an era of fantastic change where sectors rise and fall according to rules that we can’t yet imagine. Sherman’s See-Saw Films represents the only possible strategy, to diversify across film, conventional broadcast, streaming and new technologies. Then, Australian stories will ebb and flow out of cinemas as their fortunes change, while the basic cultural activity remains.

But he articulated an underlying fear which policy makers have not yet noticed.

He says, ‘The SVODs could eradicate the production community itself and become just direct hire employers on their productions. If that happens we will all become employees of Hollywood.

‘I think that will gut the industry, because at the end of the day it’s the production houses on the ground who are loyal to the industry we are working with, the writers and all the talent. We know what works here, we have the human capital and the other forms of relationship capital.

‘If I was the government I would be restructuring the incentives to help fuel and empower the production houses, who can then go to global financiers with some leverage. If we have a booming sector from the inside out, that will pay massive dividends.’

If we continue to limp along, we will have an emergency in three or four years. That is a very short window in the screen sector.

More coverage on Screen Forever can be found below:

Read more: This is your new world says Minister Fletcher to industry

Read more: Can you replace a scriptwriter with an algorithm?

Read more: Meet the TV buyers: what do they want in scripted and factual?