Australian Directors Guild Ceremony opens up in every way

Supported by the ABC and hosted by Skitbox’s Sarah Bishop and Greta Lee Jackson, the 2020 ADG Awards will be free and designed for home entertainment. Meanwhile the Guild's membership has soared.
Rochelle Siemienowicz 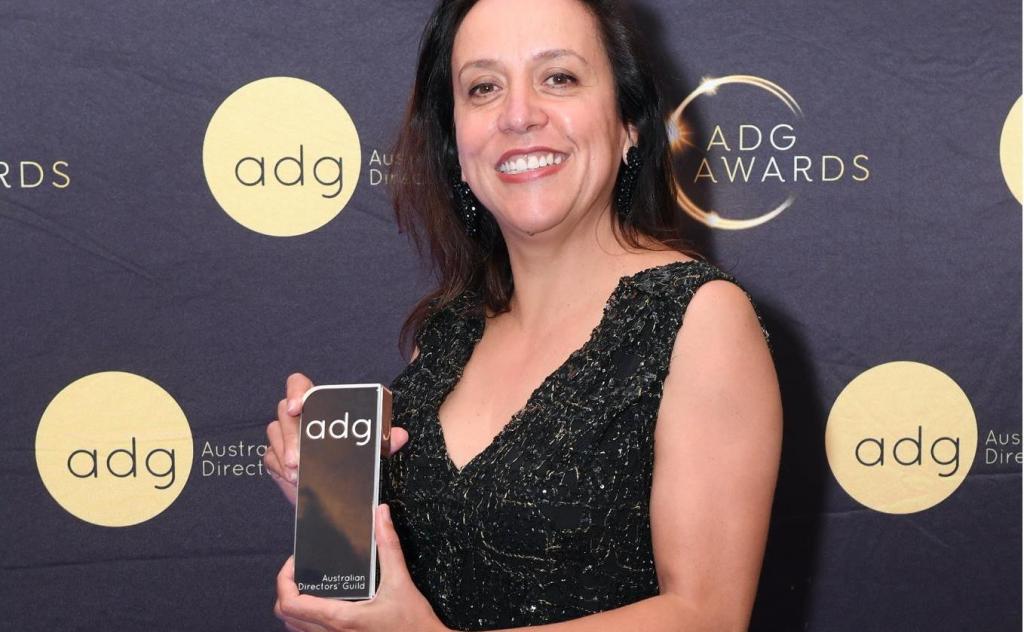 Nothing replaces the vibe of a real life awards ceremony, with gongs presented on stage in a room filled with professional peers. But accessibility is the silver lining of virtual events, as we’ve discovered during the trials of 2020.

The Australian Directors’ Guild announced today that, due to continuing concerns around Covid-19, this year’s ceremony will move online and be presented virtually. It will take place on Monday October 19, supported by the ABC and streamed live via the ADG.

Tickets will be free to the public, which means anyone interested can watch Australia’s directing talent being gonged this year.

Talking to Screenhub on the phone, ADG Executive Director Diana Burnett said the final decision to run the event virtually was made by the Board several weeks ago. They had to acknowledge the fact that risks were too high (imagine if all Sydney’s directors contracted the virus in one swoop!) and a large proportion of members were in Stage 4 lockdown in Melbourne.

‘It was originally a ticketed event to be held in Sydney and there wasn’t much uptake of tickets as people are rightly very reluctant to take risks and travel is difficult. We especially wanted  our Melbourne members to be able to enjoy and participate. So now, everybody, including the general public, can be part of this really great night and we can share it more broadly.’

The technical details are still being worked out, but it’s probably going to be in a Zoom-like format.

The Awards celebrate the work of Australian screen directors over the past year across 19 categories, which include film, television, animation, documentary, online, music and advertising. Any Australian Directors’ Guild member is able to submit and  judging panels are drawn from ADG membership. The 2020 nominees were announced in July.

In an email to Screenhub, ADG President of the Board Samantha Lang wrote:

All of these creative people, our storytellers, sustain the production of high calibre local content with increasingly smaller resources. The awards are about making visible the achievements of these directors as well as about bringing our community together in all of its complexity and contradiction.

Whether it’s Rachel Perkins eviscerating TV drama Total Control or Wayne Blair’s comedy, Top End Wedding, or Karen Pearlman’s inventive documentary I Want to Write a Film about Women, or Thomas Wright’s brilliant feature drama Acute Misfortune – all of the work nominated this year demonstrates our capacity to bring into existence narratives that are part of our lived experiences and our social fabric. More than ever we need the insight, humour, and delight that watching stories about ourselves provides.

According to the media release, the virtual ceremony will be designed for home viewing entertainment, hosted from a studio in Sydney by two members of the Skitbox comedy trio, Sarah Bishop and Greta Lee Jackson, with musical acts throughout the 90-minute ceremony, as well as clips from all nominated productions.

Winners will also accept their Awards virtually, and we’ll be curious to see how a group of people dedicated to the craft of directing responds to the challenges of this online event.

The 2020 ADG Awards sponsor Panavision will also present prizes for two awards this year. The winner of Best Direction in a Short Film will receive a $5,000 Camera Package. Nominated for that are: Simon Croker – All Good Things; Melissa Anastasi – Chlorine; Sam Lara – Featherweight; Michael Shanks – Rebooted; Lydia Rui – This Perfect Day; and Lewis Attey – Three Stories Inside a Rental Van.

Also from Panavision, the winner of Best Direction in a Feature Film made under $1 million will receive a $10,000 Camera Package. The nominees here are: Josephine Mackerras – Alice; Imogen Thomas – Emu Runner; Lucy Coleman – Hot Mess; Luke Sullivan – Reflections In The Dust; and Samuel Van Grinsven – Sequin In A Blue Room.

Since Burnett came on board the ADG in October 2019, she’s been at the helm of a more general membership drive and an opening up of the Guild. This has included waiving or deferring fees in response to the pandemic and bringing in new tiers of membership. But as Burnett said on the phone, one of the most exciting moves has been the introduction in the last few months of a free yearly full membership to directors from diverse backgrounds.

‘We recognised our full membership base was quite white-dominated and had a very small pool of directors from diverse backgrounds, including those with disability, LGBTQI, Indigenous, regional and low socio economic backgrounds. And so we’ve seen about 200 new members come in during that short period of a couple of months, bringing our total membership to over 1000 which is the biggest and most diverse it’s ever been.’

Advocating for the screen industry more generally, and calling for better support, Burnett offered a warning in the media release:

The ADG Awards are so important to Australian directors but, unless there is continued regulation to support Australian content on our screens,  this could be the last time we are able to celebrate the achievements of our own work.  Our industry is currently under threat, and there is a real possibility that we may not see any new Australian dramas, documentaries or children’s television on our screens next year and the years to come if the government doesn’t step in with regulation come January 2021.

Further information on streaming will be available via the ADG website and via social media @ABCTV and @AustralianDirectorsGuild.