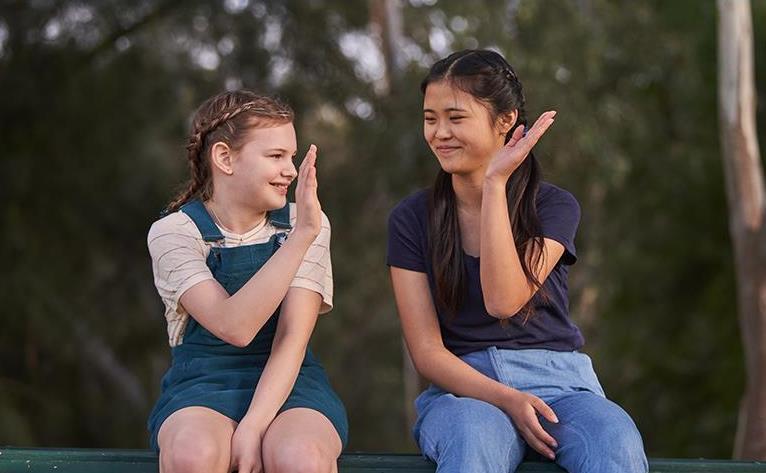 Though both NHK and the ACTF remain in contact with each other, a sale is a rare event as the Japanese market is pretty self-sufficient. Most deals seem to be co-productions in which the show can be tuned to both markets.

As the release describes the production, ‘The award-winning series First Day stars young transgender actor Evie Macdonald as Hannah Bradford, who is about to start her first year of high school. As a transgender girl, Hannah not only has to navigate the challenges that come with starting a new school but find the courage to live as her most authentic self.

According to an email from the ACTF, ‘First Day will be broadcast on NHK E-Tele, starting on 4 June 2021 from 19:25 to 19:50. NHK have two free-terrestrial channels (and FYI two satellite channels), and E-Tele is one of the terrestrial channels, specialising in children’s programming as well as education.

First Day will be run as part of ‘Inclusion Week’. It is a weekly slot and will run for four weeks.

The series will be dubbed so it will be accessible to all audiences. The ACTF expects that it could be recut to provide scenes for English learning classes.

NHK’s Takako Hayashi, Senior Producer at Programming Department, is quoted as saying: “We are very pleased and proud to be able to deliver the universal message that this drama series entails, to our teenage viewers in Japan. We are confident that the young viewers who watch this program will immediately feel that this is THEIR story… I strongly believe that this program will definitely be an important first step forward for Japan to become a country where every one of us has our own place to live.”

Originally a single short film, the series was sold to the BBC to broadcast on its children’s channel CBBC. Other sales include YLE (Finland), NRK (Norway), SVT (Sweden) and MOMOKIDS (Taiwan). Hulu took it for North American in the middle of 2020.