Thornton and Brendan Fletcher team up again to have some fun on Firebite, a See-Saw co-production to premiere on AMC+ this year.
Rochelle Siemienowicz 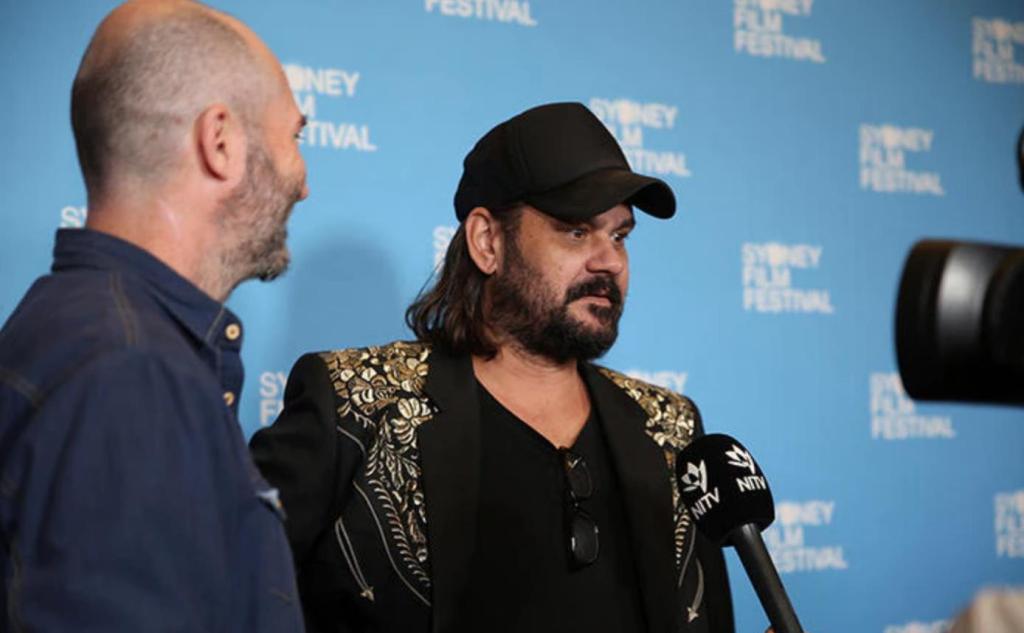 Brendan Fletcher and Warwick Thornton at Sydney Film Festival with their film We Don’t Need a Map.

A co-production with See-Saw Films, the 8 x 1 hour series about two vampire hunters will be filmed in South Australia and is planned to premiere on AMC+ later this year. (AMC is the company behind The Walking Dead, which seems relevant here.)

Quite apart from the fact that Thornton is Australia’s most celebrated Indigenous auteur and produces consistently audacious work, the tagline is tantalising, promising a high-octane fantasy that ‘follows two Indigenous Australians on quest to battle last colony of vampires in South Australia.’

As per the media release, Warwick Thornton and Brendan Fletcher said, ‘We are really proud of the worthy and important stories we’ve brought to the screen over the last twenty years. Now it’s time for some rock and roll.’

In other words, let’s have more fun after doing so much serious stuff.

A quick refresher: Thornton’s Samson and Delilah won the Camera D’Or at Cannes and Sweet Country won the Special Jury Prize at Venice Film Festival as well as the Platform Prize at the Toronto Film Festival, while the criminally under-seen Mad Bastards was nominated for the Special Jury Prize at Sundance Film Festival. The two have worked together fruitfully before. They were commissioned by the Australian Government to co-direct the first International TV campaign to promote Aboriginal Tourism, a campaign apparently seen by 30 million people worldwide. Thornton and Fletcher collaborated again on the cheeky and award-winning documentary We Don’t Need A Map, which opened the 2017 Sydney Film Festival.

‘We are really proud of the worthy and important stories we’ve brought to the screen over the last twenty years. Now it’s time for some rock and roll.’

Firebite is Thornton and Fletcher’s first television series as creators. According to the media release, ‘their goal was to create something they want to watch – fast paced, highly imagined and entertaining.’

‘Firebite is a high-octane, highly original spin on the Vampire genre and fantasy series that follows two Indigenous Australian hunters, Tyson and Shanika, on their quest to battle the last colony of vampires in the middle of the South Australian desert… The series is set in a remote desert mining town, a hive for the last vampire stronghold shipped from Britain to Australia in 1788 by the colonial superpower to eradicate the Indigenous populations.

‘Sheltering from the sun in the underground mines and tunnels that surround the town until the present day, the colony’s numbers and hunger is growing. War is coming. Tyson and Shanika stand vanguard to the war. But what hope does an expertly reckless man full of bravado and a 17-year-old orphan possibly have to defeat these vicious blood-thirsty parasites, when legions of warriors before them have failed?’

Firebite will be filmed on the traditional Country of the Antakirinja Matu-Yankunytjatjara people of the Western Desert and Kaurna People of the Adelaide Plains in and around Adelaide, the regional town of Coober Pedy and at the Adelaide Studios in South Australia.

Read: Warwick Thornton’s big time out at the beach

Paul Ranford (Stateless, True History of the Kelly Gang) will produce the series alongside Indigenous filmmaker Dena Curtis (Elements, Grace Beside Me), who is co-producing. The writing team includes Kodie Bedford and newcomers Devi Telfer and Josh Sambono. This is a team with significant Indigenous participation.

The deal was negotiated by Rebecca Hardman for See-Saw Films and Scott Stein for AMC. The series has received major funding from the South Australian Film Corporation. The production is providing employment opportunities for First Nations practitioners.

Dan McDermott, president of original programming for AMC Networks and co-head of AMC Studios said: ‘This is an original and highly entertaining series we can’t wait to bring to AMC+, and one that expands our already fruitful creative partnership with See-Saw Films after very successful collaborations on the wildly original State of the Union and the rare gem that was Top of the Lake. We are excited to tell this story authentically, in Australia with Indigenous storytellers, cast and crew and on Indigenous lands.’

Rachel Gardner, See-Saw Films’ Head of Drama Australia and Executive Producer said, ‘It’s incredibly exciting to be bringing Warwick and Brendan’s unique vision to the screen with a high-octane explosive story that draws on the complex themes of colonisation and racial prejudice, driven by Indigenous storytellers.’

See-Saw’s Managing Directors, and Executive Producers Emile Sherman and Iain Canning said, ‘We are thrilled to be working with Warwick Thornton and Brendan Fletcher, who are such formidable storytellers, on this hugely original, action packed new show, headlined by so many wonderfully talented Indigenous voices. It’s fantastic to be collaborating once again with our friends at AMC who champion such original programming, and continually back great talent.’