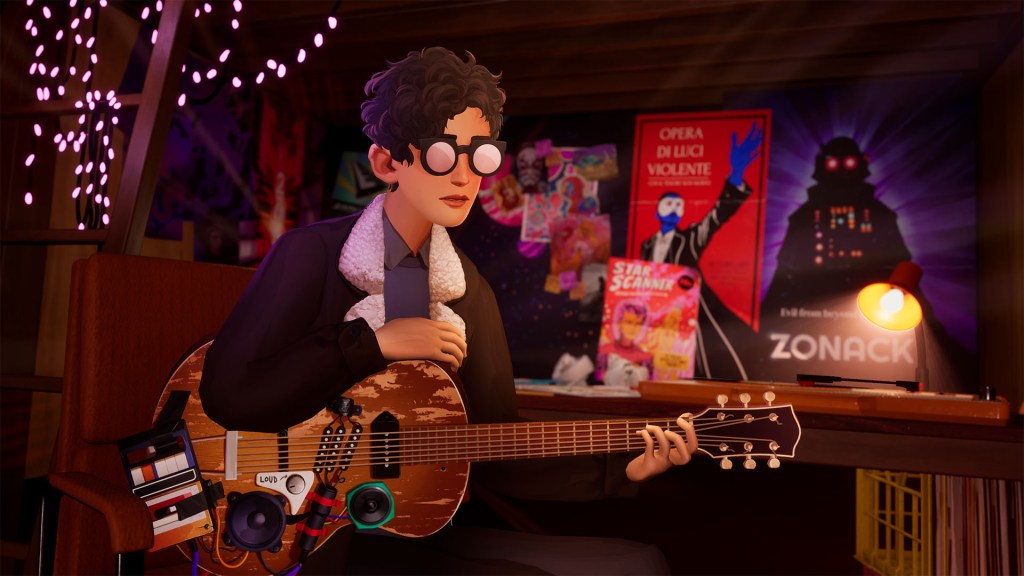 All three games nominated in the AGDA Game of the Year category are debut titles. Image: Beethoven & Dinosaur

The finalists for the 2021 Australian Game Developers Awards (AGDAs) have just been announced. The AGDAs covers ten categories for games, as well as several awards for outstanding contributions to the industry. Winners of these awards, which include the Adam Lancman award, Rising Star, Studio of the Year, and the Raising the Bar Awards will be announced during the online award ceremony on the final day of the GCAP conference, 6 October.

This year, the AGDA nominees suggest an incredibly promising year for debut games. All three nominees for Game of the Year are debuts from local studios. Sbug Games’ debut WEBBED, a cute physics platformer where you play as a peacock spider, picked up nominations for best gameplay and audio in addition to its Game of the Year nod. The Artful Escape, creative vision of Johnny Galvatron of The Galvatrons, also picked up nominations for Art and Audio. The final GOTY nominee, Witch Beam’s meditative title Unpacking, swept the field, getting nods for Art, Gameplay, and Accessibility.

Last year’s AGDA winner for Best Narrative, Cécile Richard, has been shortlisted once more in 2021, after winning for their Bitsy game Under a Star Called Sun in 2020. This year, Richard is nominated for another poetic microgame, entitled Topography. Here is the full list of nominees:

AGDA Game of the Year

Read: The Artful Escape is a sight and sound to behold

Read: The Forgotten City epitomizes the storytelling power of games

Excellence in Ongoing Games (Games as a Service)