Jon Bell's The Moogai stunned the jury in the Midnight Short section at SXSW with its exploration of the continuing horror of stolen Aboriginal children.
David Tiley 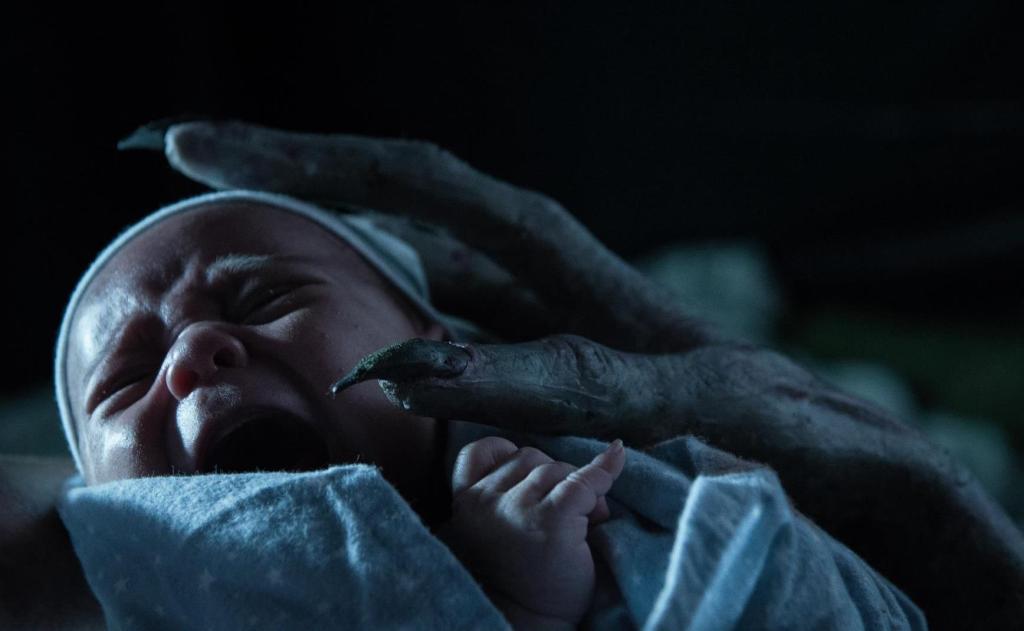 Austin’s SXSW Film Festival may be a huge sprawly thing, but a short Indigenous film cut through via the spooky hours when terror claims the Texas night, winning the Jury Award Prize.

The Moogai, a psychological horror short, won its Jury Prize in the Midnight Short section. No Coincidence Media offers this synopsis: ‘The Moogai is a psychological horror about a young mother, Sarah, who becomes terrorised by a malevolent spirit she believes is trying to take her children. Sarah’s husband Fergus desperately wants to believe her but as she becomes more unstable, Matt is increasingly concerned for the safety of their family.’

The SXSW jury consisted of horror god Jason Blum, short form horror maven by night and Disney exec by day Arbi Pedrossian, and entertainment journalist Kristy Puchko. This is what they wrote about the film which came from that synopsis:

‘The Moogai is a haunting, psychological thriller that explores postpartum depression in an impressive display of disciplined filmmaking that stuck the landing at every pivotal moment. The cinematography is striking, the actor’s performances are brave, and the underlying commentary on a country’s forced removal of generations of children is heartbreaking. Filmmaker Jon Bell’s film affected us on so many levels that we proudly recognize it with the Jury Award prize.’

The film was produced by Kristina Ceyton, Taylor Goddard, Samantha Jennings and Mitchell Stanley which means it was cared for by Causeway Films’ known for The Babadook, The Nightingale and Buoyancy, a collection of major heart-piercing auteur films. Never known to hog the limelight, Causeway’s only public comment is on Facebook: ‘Speechless! A huge congratulations to writer/director Jon Bell and the whole Moogai team for taking out the Midnight Shorts Jury Award at SXSW.’

The stars were Shari Sebbens and Meyne Wyatt, while Sean Ryan was the DOP, Simon Njoo edited, and Bethany Ryan was the production designer.

The Moogai was also awarded the Best Australian Short at the Melbourne International Film Festival for 2020, beating a particularly vibrant group.

Jon Bell, represented by RGM, is a proud Wiradjuri and Bundjalung man, wrote and directed a very small feature called Two Big Boys with Kath Shelper as producer in 2007, and wrote two episodes of Redfern Now in 2012 and 2013. Around the same time he created The Gods of Wheat Street and wrote all six episodes for Every Cloud Productions, surely a significant achievement in going beyond strict realism in large scale Indigenous production. He widened his palette with Black Comedy, Cleverman, The Warriors, Little J and Big Cuz and Mystery Road.

This is not quite a breakout moment, as a director because he also wrote and directed a short called The Chuck in. But he has now been working with people like Catriona Mckenzie, Wayne Blair and Leah Purcell.

He continues to work with Causeway and No Coincidence Media, currently to develop the feature film based on The Moogai, currently funded by Screen Australia.

The whole list of SXSW 2021 Jury and Special Award winners is available here, and it’s worth reading for the ingenuity of the categories alone. The Special Jury Recognition for Pure Joy is a pearler, and the winner (below) perfectly expresses how we feel about The Moogai’s well-deserved accolades.