Running 11-14 March, the festival curated by Tony Briggs will host more than 80 films and three panels of Indigenous films and filmmakers.
Jini Maxwell 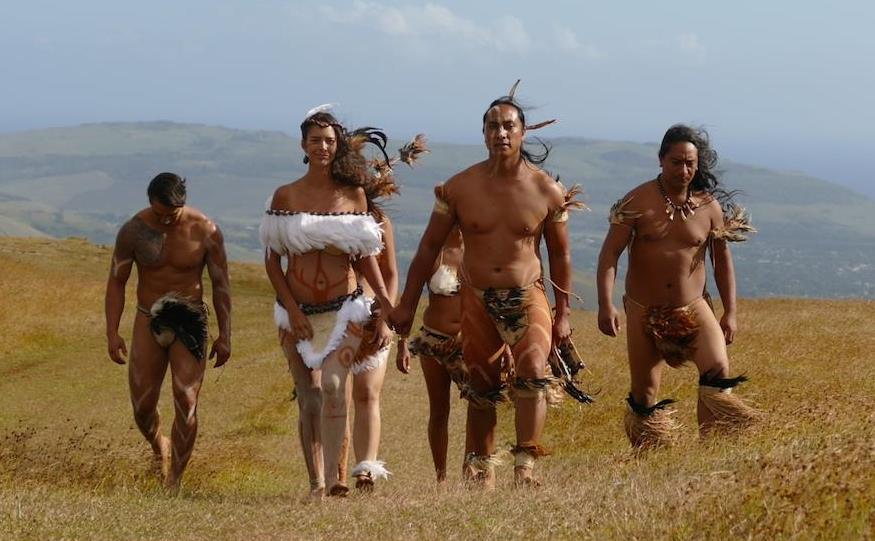 Eating Up Easter is a feature-length documentary directed by native Rapanui filmmaker Sergio Mata’u Rapu. It will show on 13 March a ACMI as part of BIRRARANGGA Film Festival. Image via Music Box Films

The biennial BIRRARANGGA Film Festival (BFF) opens at ACMI on 11 March, showcasing a stunning range of local and international Indigenous films. The two day festival is curated by Wurundjeri and Yorta Yorta screen creative and actor Tony Briggs, who both created and wrote The Sapphires.

The program runs the gamut of screen media, from feature length documentary and opening night film Firestarter – The Story of Bangarra, to a showcase of North American Indigenous avant-garde cinema, guest-curated by Kiowa and Mohawk filmmaker Adam Piron, who is also a member of Sundance Film Festival’s Short Film Programming Team.

‘I think that the BIRRARANGGA Film Festival will show a strong similarity between Aboriginal cultures from around the world, and that our journeys have been and will continue to be connected with the same strong spirit journey’

On top of an ambitious film program, the festival will also host three panels: one with Leah Purcell and Bain Stewart, the filmmakers who created The Drover’s Wife: The Legend of Molly Johnson; One with Tracey Rigney and Tony Briggs, the creative team bringing Tony Birch’s Miles Franklin-shortlisted novel The White Girl to the screen. Finally, ‘The Future – Indigenous Screen Creatives from Across the Globe’ will convene a panel of young Indigenous talent to discuss the future of Indigenous film and TV.

Read: Film review: Firestarter: The Story Of Bangarra is vivid and important

Wurunderi and Yorta Yorta Elder, Aunty Zeta Thomson, who is a Spiritual & Cultural Advisor on the program, described the festival as an extension of ancient cultural and storytelling practices that have been handed down through generations:
‘Aboriginal Australians are from the oldest living culture on earth. The Aboriginal way of thinking and our beliefs tell us that country, our country, has its own spirit. The old people would sing to these spirits; The stars, river, water, land and fire. Everything was connected to the journey of our people.

‘I think that the BIRRARANGGA Film Festival will show a strong similarity between Aboriginal cultures from around the world, and that our journeys have been and will continue to be connected with the same strong spirit journey. I hope that the BIRRARANGGA Festival will be the start of a long lasting connection between all of the Aboriginal cultures to share their stories on our Country.’

There are currently five double passes to the 2021 festival available to win for anyone who can email the meaning of ‘Birrarangga’, a Woiwurrung word, to marketing@film.vic.gov.au along with your full name, email, postal address, and the name of the film you would like to see by 5pm Monday 8 March. Opening and closing nights are not included. Winners will be selected at random on Tuesday 9 March.

The BIRRARANGGA Film Festival is at ACMI from 11 – 14 March 2021. The full program and tickets are available.