The 2019 Academy Award nominations are in and the nominees are… mostly white and very male.
Grace Boschetti
[This is archived content and may not display in the originally intended format.] 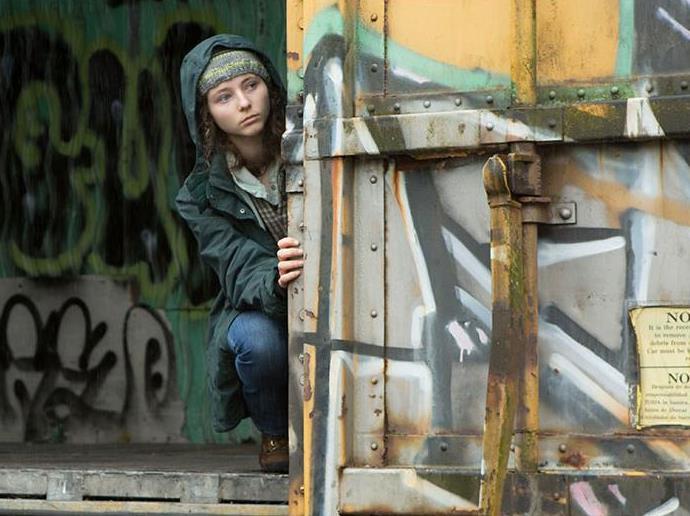 While the Oscars did provide a few very exciting choices, ranging from Spike Lee’s first Best Director nomination, Roma’s Yalitza Aparicio in Best Actress and Paul Schrader’s First Reformed in Original Screenplay, it is overall a rather disappointing bunch of nominees considering the incredible depth of films released in the past year.

In particular, the fact that three controversial, and tepidly reviewed, films (Bohemian Rhapsody, Green Book and Vice which have an average of 60% approval rating on Metacritic and below 70% on Rotten Tomatoes) were able to snag a Best Picture nomination, while not a single one of this year’s major works from female directors was awarded the same honour, speaks to the magnitude of development still needed to remedy gender inequality in Hollywood.

This is not just about statistics. We know that 2018 was an extremely strong year for female directed films because they have been nominated in other awards and have great approval figures from audiences and critics.

Below are six of the year’s best female directed films, which the Oscars have ignored.

The Gotham Independent Film Awards have, in recent years, been considered a sort of awards season bellwether. For three consecutive years (2014-2016), the film that won Best Feature at the New York based awards ceremony went on to win the Academy Award for Best Picture. This year, the Gothams awarded their top prize to Chloé Zhao’s understated masterpiece The Rider.

Zhao’s film, which was also awarded Best Film by the National Society of Film Critics, now has the undue distinction of becoming the first film to win the Gotham, and yet not receive a single Oscar nomination.

The Rider is, without a doubt, one of 2018’s best, and most essential, films. It’s complete lack of acknowledgement by the Oscars is, quite frankly, egregious.

Considering, in recent years, the Academy has trended towards ignoring acclaimed, commercial dark thrillers in the Best Picture category (films like Nightcrawler, Drive, Gone Girl, Prisoners and The Girl with the Dragon Tattoo), it is not exactly shocking that a thriller as bleak and abrasive as You Were Never Really Here would be passed over. Nevertheless, it is disappointing to see such a painstakingly crafted film go completely unacknowledged, and to have a voice as singular and intensely creative as Lynne Ramsay’s continually taken for granted.

Italy, shockingly, elected not to submit Alice Rohrwacher Cannnes winning, modern fairy-tale Happy as Lazzaro as its candidate for Best Foreign Language Film this year. It is a missed opportunity indeed, as the film stands testament to its director’s uncanny knack for balancing poignant social critique with absurdist humour. Seek out this strange, thoughtful, and intensely beautiful political allegory. It is worth your time.

It would have been entirely wishful thinking to hope that the academy would embrace a film as disquieting and experimental as Josephine Decker’s Madeline’s Madeline. Still, this wildly creative and thought provoking film featured one of the year’s very best debut performance (the magnificent Helena Howard), and many of its most searing and imaginative visuals. It deservers a place on the record of the best films of 2018.

Can You Ever Forgive Me? Dir. Marielle Heller

While the delightful Can You Ever Forgive Me? Was (thankfully) not completely ignored by the Academy, receiving nominations in adapted screenplay, actress and supporting actor, it was denied entry into Best Picture and Best Director. This makes very little sense. Can You Ever Forgive Me? Would have been such an easy film to nominate, and would have considerably elevated this years’ list of nominees. Oh well. At least it wasn’t ignored completely.

This one really hurts. The deeply felt, stunningly compassionate Debra Granik film Leave No Trace received not even a single nomination. Granik herself becomes this century’s second solo Best Director winner at the Los Angeles Film Critics Association Awards to miss out on a Best Director nomination at the Oscars. With the likes of previous Best Director nominee Jane Campion having strongly campaigned in Granik’s favour, as well as the fact that Leave No Trace is the second most reviewed film in history to receive a 100% approval rating on Rotten Tomatoes, many awards pundits were holding out hope that the Academy would come through for this beautiful, intimate and deeply moving film. Alas, it was all overlooked.

The Oscars are a celebration of the many wonderful films that entertain us, enliven us and hold a mirror up to our modern reality. While, it is disappointing to see such a lack of acknowledgement of female directed films in a year when so many were so richly deserving, each of the nominated films this year has, in some way, for someone, achieved this, and for that deserves congratulations.