Two short films and their journeys into space and light

The dance of new passions that emerge from short films in a festival is a promise to the future. Here are two very different women filmmakers growing through luminous short films.
David Tiley 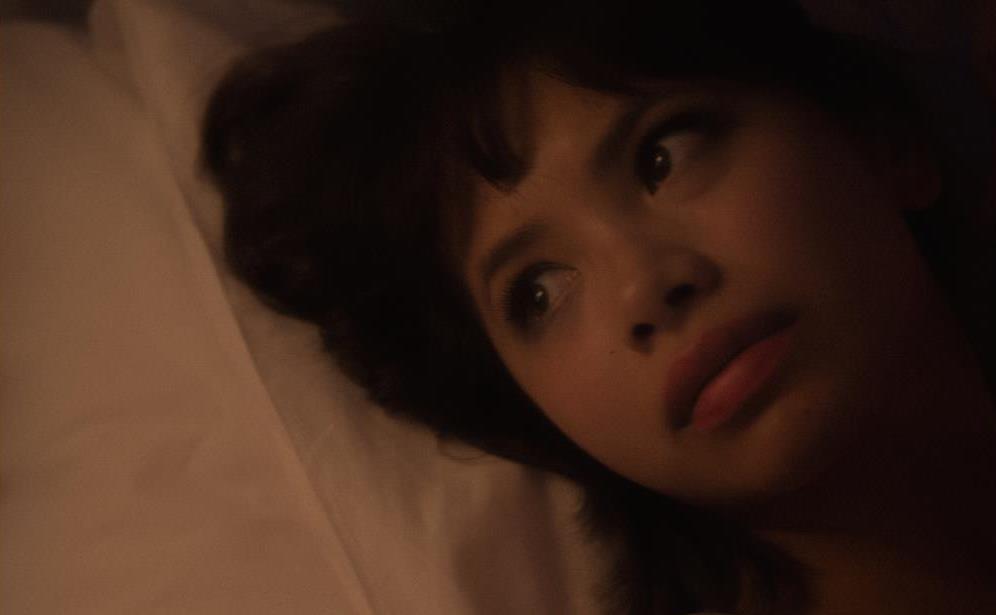 To really sense the evolution of our cinema in new hands, it helps to explore the stories behind their development. Nora Niasari and Madeleine Gottlieb both appear in the COVID-19 edition of MIFF, and their careers speak to each other from very different histories.

Nora Niasari has been sustaining herself through COVID-19 by reading a lot of poetry in her native Farsi. She reflects on how Iranian culture has adapted and changed through adversity:

‘Because of the revolution, Iranian cinema really flourished in a way because there were so many constraints that they had to adhere to,’ she explains.  ‘And often, out of constraints comes creativity, and Iranian cinema and so many Iranian filmmakers are defined by this resilience and defiance. And I look at that courage and strength in the filmmaking as a source of inspiration.’

Nora Niasari’s latest short film TÂM, which showed through MIFF is an intense twelve minutes focused entirely on the experience of a young woman in deep peril. We are almost unbearably close to her face, though the moving camera and the dressed space propel her struggle through a palpable geography of threat and obstacle.

Niasari sees her work as a search for empathy. She locates her point of view a little apart from her protagonist.

‘The only people in the room were the cinematographer and the sound recordist,’ she says. ‘I wasn’t in the room. I wanted it to be so intimate between the actors and the camera that I didn’t pack the room with crew. But there was a rigorous rehearsal process and we really fine-tuned all of the camera movement around her journey. I have been working with my cinematographer Sherwin Akbarzadeh for six years, so we have a shorthand, we understand what we want on the day without saying much.’

Nora Niasari was born in Iran and came to Australia so her father could study his PhD. She grew up in an Iranian household and went to Australian schools, and nurtured the Farsi she spoke at home.

‘My mother read me poetry as a child and took me to Iranian cinema screenings in Brisbane. So I grew up around Iranian poetry and Iranian cinema in the Australian suburbs. I guess that had a very particular influence on the way I see the world in my cinema.’

But her father left and her mother was left to pick up the pieces. At first they lived in government housing. ‘I saw my Mum go from learning English to getting a doctorate and owning a business later in my life. So I know about ambition and working hard. She was very inspiring for me’.

She started to study architecture, which underpins her approach to cinema, through an understanding of space and how people move through it, which brings her to story. But it was too dry, and far from social concerns. In 2011, she left her Masters degree and went to an international filmmakers workshop, where she made her first substantial film which was shot under the bridges of Beirut.

She has been mentored by Michael Rowe, a fiercely independent Australian filmmaker who works in Mexico. She found a connection with Iranian filmmaker Abbas Kiarostami in Spain, who recognised her talent and provided guidance.

She had a formal education in film through the VCA Masters program, and gained mainstream experience as a researcher and assistant director, wrote an episode of The Heights, and had a director’s attachment on Secret City and the film of Dr Blake. She went through the MIFF Accelerator program and made five short films which work well in festivals.

‘I just want to make a body of work that I’m proud of and that resonates with people internationally’, she says. ‘I wouldn’t be able to wake up in the morning and be motivated to make a Marvel movie.’

A sense of place

Niasari is eager for mainstream experience, which balances with her fundamental concern with authenticity and the experience of the Iranian diaspora: ‘We have different concerns, about what it is like to live in exile, to be constantly searching for the meaning of home, and a sense of belonging when you are not living in your homeland. The isolation that comes along with that, finding a sense of self within, in a society that’s not yours.’

Her approach is much more nuanced than the cliched belong/outsider dialectic that is often forced on migrant filmmakers. We are a nation of migrants, all jostling in our different ways, all living through recurrent journeys of leaving and arrival.

‘There isn’t enough acknowledgement of where we are, either, in terms of whose land this is. And the incredible cultural lineage that we’ve come across, but which is not ours, we are just visitors in someone’s house. This is how I see Australia. We live in the First Nations people’s house.’

Her showreel is available on Vimeo.

Madeleine Gottlieb grew up in a house vibrant with women, music, movies, books, theatre and Monty Python. Unsurprisingly, she fell deep into cinema. ‘During my gap year while I was saving money to travel, I was working at a bar at night and going to sleep through the day and spending all the hours that I was sleeping watching movies. So yeah, I just… I felt that way,’ she explains:

She lasted two and a half years into her arts law degree before she surrendered. ‘I think it’s an incredibly empathetic medium. And I think that it really has the ability to touch people. And it’s a marriage of so many other creative industries that I find so fascinating. It’s just a completely multi sensory experience and I’ve always loved story.’

She secured an internship with Goalpost Pictures and evolved into a development and production executive. She is closely involved with Revlover while development-driven producer Martha Coleman supports her slate of short films.

Laura is set mostly in front of a tatty shop in a country town, as two former friends reconnect after the death of a girl when they were all at school. The back story doesn’t really matter; this is a two hander about dealing with feelings that devastated them and trap them in isolation.

The film is a slow burn, a journey through thwarted tenderness, precisely and delicately observed without sentimentality. The frame is always wide, as our eyes hunt faces, feeling almost like intruders. The words don’t really matter as the story lives in hesitation, rhythm and physicality.

It was a pretty remarkable development process. She had already worked with cinematographer Grégoire Lière, and actors Christian Byers and James Fraser, who edits and co-writes. ‘We’re all really good friends and the boys first acted together on December Boys when they were 11. The chemistry was all there, which was amazing to watch.’

‘I’m really interested in masculinity. We were talking about what we do next, and the fact that we very rarely ever see stories of true male friendship on screen that don’t either devolve into violence or evolve into romance.

‘We have a push at the moment to redefine masculinity. As a female filmmaker examining that from the outside in, I’m really interested in the way that male identities, and particularly straight white male identities, are underscored by this assumption of strength and stoicism and control.

‘And I wanted to turn that on its head, and create a sort of delicate emotional platonic male love story that celebrates the beauty of vulnerability between men as an example of what we could have in society, moving forward. I wanted to change the narrative,’ she reflects.

They found the country town and set up a routine of weekly rehearsals around the locations.

‘It was a really incredible experience. Every film I make I treat like a film school and try to educate myself. We’d have a rough idea for a scene and the boys would improvise for an hour and Grégoire and I would watch with my dad’s camera. And then we refined it and refined it and refined it. And that’s what you see in the film.’

They did this for nearly six months.

A sense of place

Madeleine Gottlieb came into the sector through development, with companies and people who value the process enormously. She is building a really good career. It’s almost become a rite of passage for emerging professionals to do a stint overseas, encouraged by agencies and eager foreign producers. But her journey feels really connected to Sydney-based globalism.

‘I’m very happy here,’ she says. ‘The way that I write and the way that I say things is very informed by the places and the city around me. I love the industry here – I totally understand the desire to branch out and go but for me, I don’t feel that yet.

‘I am so interested in the way that spaces and places can inform character and vice versa. And the way that places could seem to hold on to memory in a way that can sometimes feel really tangible. Laura is a study of character and place and memory and how those three things can interact and inform and provoke one another, if that makes sense. Yeah.’