The shutdown shock may be pushing producers towards new sales opportunities

How are arthouse and indy filmmakers going to function with no real-world festivals? They could be better off with online events, according to a discussion in New York.
David Tiley 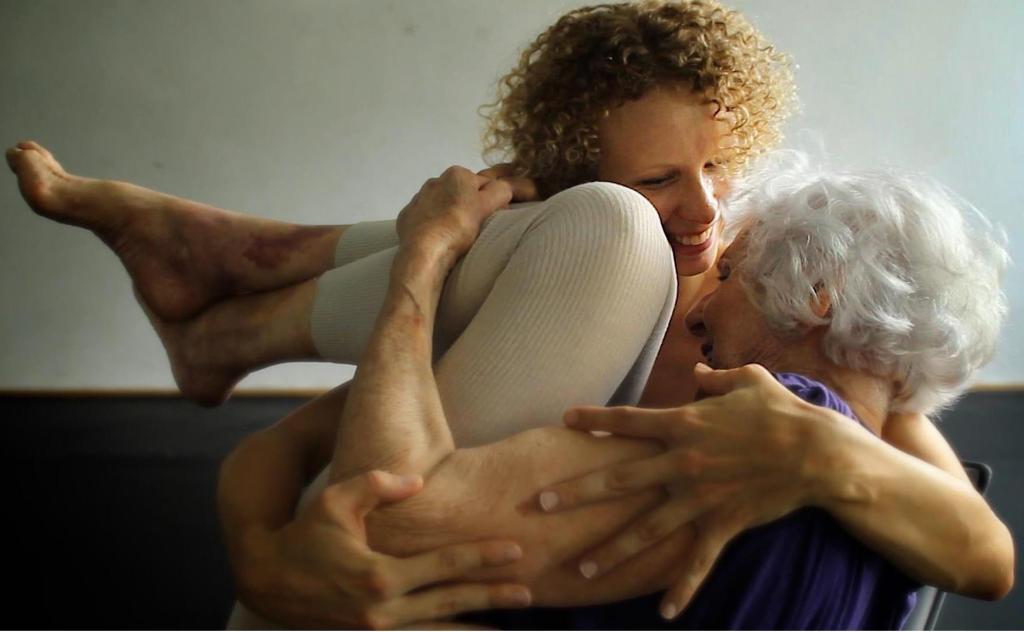 The Euphoria of Being is just one film in the digital marketplace. By Réka Szabó, it follows Holocaust survivor Éva Fahid as she develops a dance of friendship and memory. Image supplied.

Documentary filmmakers have always dominated non-traditional distribution techniques by renting cinemas and playing in halls and tents and screens in parks. They learnt to use cause-related funding, community production and untrained actors.

They developed an international system of philanthropic funding, which was reviled as propaganda until broadcasters succumbed to the temptation of free development and flexible funding regimes.

It is not surprising they have collided pretty hard with the COVID-19, and are sharing visions of a new approach. Doc NYC, for instance, did a useful webinar on 28 March about New Strategies for Distribution, which reinforced some old messages and teased out new possibilities.

The first 40 minutes was pretty general, with the usual speeches about sharing and empathy which decorate public conversation in these months of plague. Then the stage was taken by Peter Broderick, an experimental distributor and producer from Paradigm Consulting who has spoken at many Australian conferences.

He reinforced the dilemma about rights. The large broadcasters and streaming companies want to simplify the deals by sweeping up all possible rights even if they won’t use them because their handling systems are just so much easier. Entrepeneurial filmmakers want to keep as much as possible because they can profit from lots of small deals, put in the energy to make sales, and engage closely with the educational market. The old idea of the long tail is not dead; in some ways it has just gone global.

Broderick took up the story:

‘What I want to do is give folks an overview of the opportunities we see and our recommendations for succeeding in this new world of virtual distribution. So let’s start with festivals. As everybody knows, traditional festivals are being canceled or postponed, but virtual festivals are springing up in their place.’

CPH:DOX Docs [a documentary festival in Copenhagen], which was going to be a traditional physical model, has now 100 films online available for people to screen in Denmark. Tickets are six Euros for all the screenings. And its a full body virtual festival.

Each film is available online for a short time, following the shape of the original program, with debates and forums. The conference half is now available on Youtube in five three hour chunks. The first day includes the keynote at 4:00.

‘They did it in a couple of days working with a company called Shift 72. And it’s it’s really, really impressive.  …  unlike traditional festivals that are limited to a single location for some days, with virtual festivals, you can be truly global and reach a global audience. in real time. Ticket sales aren’t limited to the number of seats in your auditoriums.

‘Filmmakers can attend virtually from all over the world, industry conferences can feature the best people again around the world, even if they can’t be physically present.  They don’t require travel, housing and food.’

Non-mainstream filmmakers really depend on the festival circuit to get attention and increase their market value. But this arrangement allows a deeper dive into the filmmakers work as it can be accompanied by full streams of older projects and any additional background footage and interviews. While it has some advantages for complete projects, it does not easily replace the hustle for development and production partners.

While festivals have been disappeared from the calendar, conferences have gone too. And conferences are an important part of the Broderick playbook.

As conference go virtual they can stream films, just to stretch minds, or as key communication tools. As they do, they reach core audiences for the film, appeal to the educational market and build partnerships with organisations and companies. They can work really well for sponsors and campaigners.

But conferences are a potential market too. Screen material can support plenaries, or become part of a specially prepared presentation with interviews and online q&as. Just as film festivals now ask about market collateral, we can see conferences wanting presenters to bring motion picture assets as well. That will make a lot of in-house producers happy.

Over the last few years filmmakers have been trundling their wares from cinema to cinema but this approach can easily go online. Run a stream for a short, measured period of time and pick up the online interest. That awareness entices distributors and sales agents, and can even persuade sponsors to back the streaming of a film for a period of time.

What it is doing is unlocking the nexus between creator and marketplace in which the audience pays or an advertiser pays to interrupt the experience with their promotional content.

Annie Roney is the founder and CEO of ro*co films and the co-founder of FILM PLATFORM. She must really like playing games with typography.

‘Some of you may know ro*co does a number of distribution activities. And so I’m going to talk about a few of them quickly, and then move to educational and the International front. You know, MIP doc is continuing. It was the heart of MIP as a library of documentary film for buyers, and now they’ve made that library available to all the buyers around the world. And we have every indication from that buyers are accessing that library.’

She warned the audience that the preparation and encoding of the films takes six to eight weeks, even in normal times, so producers need to factor that cushion into their market planning.

Roney’s vision of the educational sector is much larger than ours, pinned as we are to local curriculums in a small country.

‘What has dramatically changed in our current landscape is the need for content for distance learning. We all know that there’s been millions of students sent home for their learning and teachers, professors, and parents are looking for content that will help teach their course. ro*co films educational division saw this trend of moving away from DVD to digital.’

They have now partnered with ProQuest, the largest Library Information Service in the world, available in 24,000 libraries in 170 countries.Though it deals mostly in documents and books, it has a video section called Academic Video Online, to which FILM PLATFORM has just committed 500 documentaries, 50 of which are available immediately.

At the moment it is going gangbusters as a direct result of online learning and the virus.

In Australia, Kanopy already works with universities and public libraries to offer free access to over 3000 titles, most of which are drama. ATOM offers downloadable teaching resources, while Screenrights supports Enhance TV with its huge amount of material crafted for educational use.

Out domestic market is doing very well to provide a revenue stream for Australian filmmakers from education, along with a guide to adapt to distance learning. But the international market is attractive for its sheer scale; it will take much more global material working by different rules. It is an opportunity for a certain kind of show.