How long should you wait before revealing spoilers about your favourite films and TV shows?
Izzie Austin 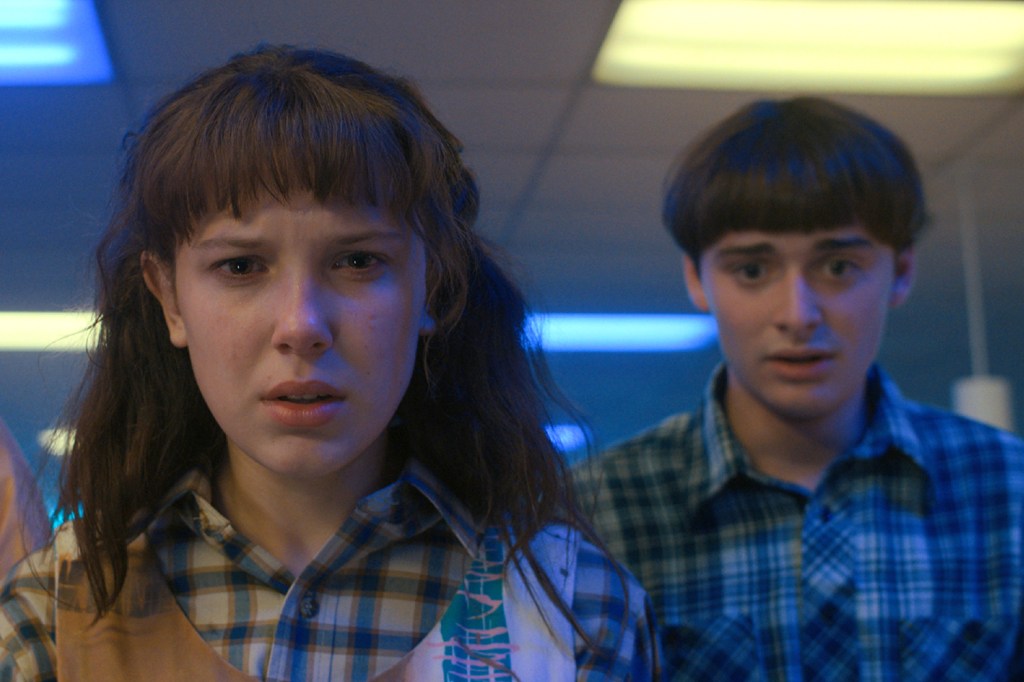 The fourth season of the Netflix original series Stranger Things was released on 27 May, 2022. By 28 May, Twitter was flooded with spoilers.

Some tweeters warned readers the spoiler was coming but some didn’t. After all, the available run of episodes was only seven hours long and if you hadn’t watched it by the morning following the release that was on you. But is that really justification? Or is this just Homer Simpson walking out of Empire Strikes Back?

Like most people on Earth, I did not have seven uninterrupted hours to spare on 27 May. People have things like jobs and children and study commitments and food poisoning and a need to sleep and wobbly chairs that need fixing and bins that need taking out and landscapes in which to contemplate the sublime beauty of impermanence and phone calls from our grandmas to answer.

This leaves me with an important question: if an embargo on spoilers must be longer than ‘time of release plus duration of media’, what is the right length? What is the etiquette when discussing spoilers?

Some spoiler embargoes have easily recognisable ends. If you don’t want to wake up at 5am to watch the Eurovision Grand Final live, you only need to avoid spoilers until it’s aired again the same evening. On the other hand, The Sixth Sense was released 23 years ago and has a twist that’s been memed into oblivion, but I very nearly spoiled it for my cousin who is the same age as me and somehow didn’t know what happened.

I was enough of a Harry Potter fan to pre-order the last few books in the series, and so were a lot of people at my school who could read much faster than me. The divide between fast and slow readers was never more pronounced than when I would take several months to read a book that a lot of people finished in a weekend, and many of those people were vindictive little so-and-sos.

I let a girl copy my homework because she threatened to spoil a character death from The Half-Blood Prince, only to have that very event revealed when someone changed the screensavers on all the library computers so that they spoiled the ending.

That said, the other half of that conversation can be just as frustrating. If you’ve just finished bingeing Bridgerton (2020-2022) and you really want to talk about it with your friend who’s only up to episode 3, that conversation is going to be stilted and awkward as you try to avoid ruining their experience.

Creators and producers are also known to participate in the spoiler debate. Alfred Hitchcock gave strict instructions to theatres showing Psycho (1960) that they should preserve the purity of the first viewing and not allow anyone to enter a screening once the film had started.

On the other hand, studios have been known to spoil their own movies. There is a massive twist about 30 minutes into Terminator 2: Judgement Day, but that twist was revealed in the trailer because the studio wanted to show off the, admittedly very impressive, digital effects they paid so much for.

On social media platforms, it’s common to take advantage of the way that the user interface will cut off previews, for example by adding lines of nonsense text to a comment or Twitter thread to hide a spoiler.

There’s also an extent to which I think it doesn’t matter. The fact that we call them ‘spoilers’ implies that they damage the viewing experience. A film becomes ‘spoiled’ like a glass of milk left on the counter for too long. There are certainly films that I think are much better if you know as little as possible going in, such as One Cut of the Dead (2017) or Burn After Reading (2008).

But if a story is written well enough I would argue that no amount of prior knowledge can affect the experience. Knives Out (2019) was just as thrilling to watch a second time, and I’m a huge scaredy-cat so I usually read the Wikipedia synopsis of a horror movie before I watch it.

I’m trying to make myself care less about spoilers. It’s not unusual for me to watch movies or play games months or even years after their release date, so it’s inevitable that some details will be spoiled for me. As much as they annoy me, a spoiler has never actually damaged the experience of something that’s sufficiently well-made.

That said, let’s just try to be polite. The next time something you care about is released, you’re probably not going to have seven uninterrupted hours. I certainly won’t.

If it hasn’t been too spoiled for you, Season 4 of Stranger Things is streaming now on Netflix.