See-Saw has some sort of magic juice which keeps it getting better and better. It turns out to be made of idealism, common sense, good people choices and the pleasure of running a company.
David Tiley 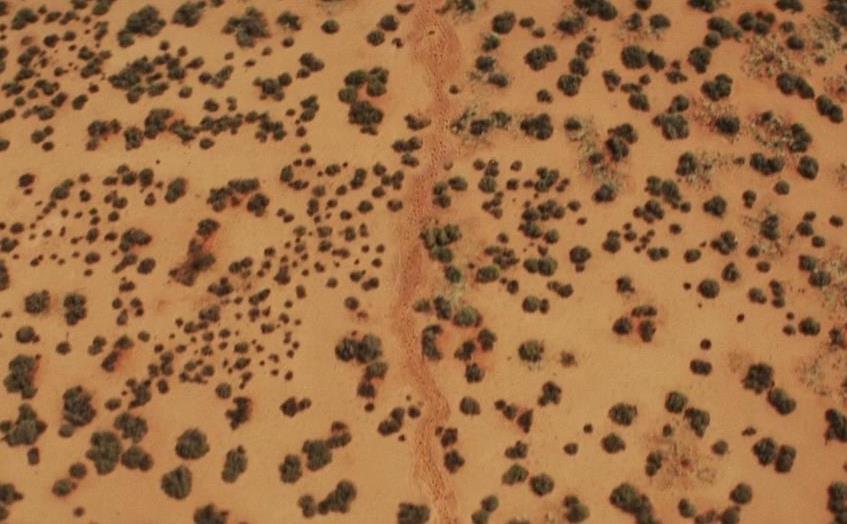 Through a barren landscape, a single path. Image: Still from Tracks, made by See-Saw and unjustly neglected.

Screenhub has been exploring the basic factors which make a great production company, but this adventure has been thoroughly tripped up by COVID-19. We are now all obsessed with what will happen next.

If history is any guide, the future belongs to people and institutions which possess great internal tenacity, and the landscape ends up being fairly well the same. The same players will be on the field but different athletes will be battered and covered in mud.

Our conversation with  Joint Managing Director Emile Sherman (who shares this role with London-based Iain Canning) and Producer/Executive Producer Rachel Gardner about See-Saw Films occurred two weeks before the world was upended, but it reveals a lot about how to survive.

Rachel Gardner, who is Sydney based, began the discussion.

‘Our history as a film company has really been tough and has helped us lean into the creative side of producing,’ she said.  ‘We are a very talent driven company, and whether it is directors or writers we really lean into the distinctive voice and the vision for a project, which we try and marry up with what we think will work in the market.

‘But ultimately, you know, we rely on our instincts with talent.’

Said Sherman, ‘We have quite a rigorous strategy and some core values which we continually refine, in which knowing what you don’t want to do is as important as what you do want to do.’

They would much rather turn down projects which they know audiences would like and turn out to succeed, than drive a show for money which turns out to fail.

‘What’s been great for me personally in our development over the last 12 years is to see how See-Saw is more than the sum of its parts. It has a real distinct identity which I didn’t envision which is made up of the inputs of all the great people we have worked with.’

Sherman sees the company turning points pretty much in terms of the people who have come on board. From the beginning he has tried to make Australian productions which organically and of necessity work internationally. By 2008 he was working in London with Iain Canning on Anton Corbijn’s Linear, and the two formed See-Saw.

They took off with a hit. The King’s Speech had the company logo, and they had four Oscars.

‘The King’s Speech, which came very early was fundamental to our ability to be able to invest in our company to grow and not to be forced to make decisions to produce films for the money. We had a little bit of breathing room and so we could decide to make films that we thought would find an audience and had something unique to say.

‘We always held true to that philosophy of taking on board what distributors and broadcasters say but fundamentally having to believe in ourselves.

‘The next big turning point was Top of the Lake in which we did a deal with BBC Worldwide. Two years later we brought in Jamie Laurenson and that opened the door to television. Then Rachel joined us to run the slate here, running both film and television.

That freed Sherman to focus very much on running the company. ‘We took a position as to whether we want to be on the ground producers who do project to project or whether we wanted to build a company where we need to bring in producers. We took the latter position so it was really a strategic decision about what we want to be doing every day.

‘And being involved in choosing projects, developing the scripts, finding the talent, putting together the actors and the directors and then financing the project is very much the core of what we do. Finding and working with great on-set producers has become very much part of the way we work which is also very much how television has always worked.

‘But we work that way on feature films. You can’t be doing both easily.’

Underneath this is a key advantage: coming from film, See-Saw was already used to the global market and had driven the twin search of local appeal and global fascination deep into their collective mindset. For most television companies and broadcasters in drama, this was a new idea. It also meant that they could think think like Netflix, and they had the first Australian Netflix project.

‘The final point to be honest is the shift in the marketplace over the last couple of years to the SVODs coming in which meant a big hit to theatrical films and a massive effect on television, not just domestically. Television through the SVOD lens can be very international and we have the ability to adjust our structure and our focus to take advantage of a very different media landscape.’

At that stage, only ten weeks ago, he felt that the SVOD landscape would be stable for the next five years, with a caveat that it could be two. Either way, consolidation will create a new set of players.

While we talk of chaos in the sector, at the Sherman company-running level, those big relationships are even more valuable. As we know, audiences have been glued to television escapism, as the home screen became the only window on the world. They are learning new habits and See-Saw is equipped to provide that kind of content.

‘You know, we’re looking to work with Australian talent and absolutely on Australian stories, and we want those to be the right voices and the right stories to work here and internationally.’ That of course is a self-deceptive cliche in some quarters, but the strategy has underpinned See-Saw for 12 years.

‘We want stories that really resonate emotionally and have some thematic richness to them. Something urgent and relevant but rooted in place and time. That is critical to international success.

‘The competition is enormous, the number of companies that have started in Australia, and very much in the UK. It’s incredible. So there’s massive competition. We have to  stay true to the level of quality that we expect from ourselves and our projects that differentiates us in the marketplace. And without that we are nothing.

‘We spend a lot of time and money trying to make sure that everything we do is really, really good because that’s what attracts the next bunch of people to us. That’s what gives us some advantage when going to commission.’

The story of See-Saw is like a classic American coming of age film. With your buddies you learn who you really are, and then you stay true to that vision, and then you can do anything.

The pandemic teaches us that no virtue protects us from a virus for which we are just food and a warm place. We are all equal on a microbial level. But the economic turmoil it has created in artificial human societies shows us something different.

Companies have a collective identity, a mix of skills, purpose and limits. They are made of people but are more than the sum of their parts, and they bring the tools to survive. And flourish.