Steeped in culture, Screenhub's new journalist reckons that Phryne Fisher is the closest thing we have to a superhero. How does she claim her right to the red carpet and the silver screen?
Rochelle Siemienowicz 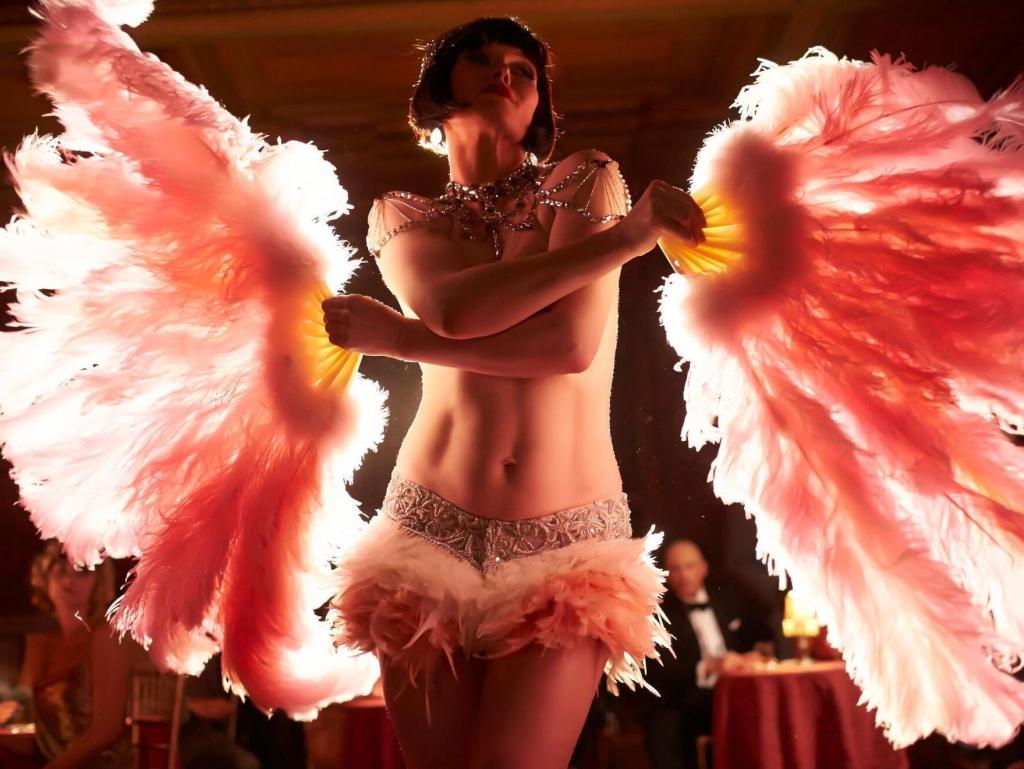 She may not have magical powers or immortal ancestry, but Miss Fisher is the closest thing we’ve got to an Australian superhero. With her pearl-handled pistol, fabulous wealth, and her ability to right wrongs (not to mention fly a small plane, entertain a string of lovers and rock a sumptuous 1920s wardrobe), she’s a character so beloved that her fans are justly described as rabid. Now they’re frothing at the prospect of seeing her on the big screen.

Phryne Fisher has sashayed her way through 20 best-selling murder mystery books by author Kerry Greenwood, a hit three-season TV series starring Essie Davis (screened on the ABC between 2012 – 2015 domestically, and sold to more than 170 territories internationally, including on Netflix) and now the team behind the TV show are making a feature film, with Miss Fisher & the Crypt of Tears going into production in October in Melbourne and Morocco.

Producer Fiona Eagger said in the press release (21 May) that the action adventure film will deliver ‘the witty intrigue of Indiana Jones, the opulent style of a Merchant Ivory Production, and the feminist fun of Thelma and Louise.’ Juicy promises indeed for those of us longing for an injection of female-focused fun and glamour amidst the often dour and realist macho Australian film fare.

Miss Fisher & the Crypt of Tears will be made from a screenplay by Deb Cox. It will be produced by Eagger, with Every Cloud Productions’ Eagger and Cox also acting as executive producers, and Lucy Maclaren as co-producer. Every Cloud is the team that brought us Newton’s Law, The Gods of Wheat Street and East of Everything, though Miss Fisher is by far their most profitable IP.

Budgeted around $8million, with principal investment from Screen Australia and Film Victoria, as well as private investment and a key component of more than $777k provided by crowdfunding, Miss Fisher & the Crypt of Tears will be distributed in Australia and NZ in 2019 by Roadshow films, with Keshet handling international sales. Tony Tilse (Serengoon Road, Ash vs Evil Dead), the set-up director for the TV series, will make his feature directorial debut.

Speaking to Screen Hub, Fiona Eagger said that the availability of star Essie Davis was a key reason for the move to feature film, rather than making a fourth TV series.

‘When Essie moved to London with her family it was very hard. That’s where her partner Justin [Kurzel, of Snowtown and Macbeth] is based, and it was too difficult for her to come back to do a series that could take five or six months. But she absolutely adores the character, so we thought maybe a feature film was more achievable in the scheme of things.’

Eagger and Cox also saw the innate potential of the property to transfer from small to big screen. ‘It’s a very lush, exotic beautiful world to be in. With many things, you don’t know what will justify making that move to a different format, but with Miss Fisher, it seemed like there was a natural leap to the big screen.’

There was also the fact of those ‘overwhelmingly passionate fans’, a built-in audience hungry for more and more Phryne. These were fans from all over the world who campaigned hard for a third TV series to be made in 2015; who continue, years later, to travel to Melbourne to do the Miss Fisher walking tour (second only in popularity to the Laneways Tour) and who made the Australian National Trust Miss Fisher Costume Exhibition a raging success with more than 40,000 visitors. They’re also responsible for that record-breaking crowd-funding campaign for the feature.

Launched in September 2017 on Kickstarter, the original campaign reached its goal of $250k in less than 48 hours, with an additional campaign (still running until 19 June) on Indiegogo bringing the total to more than $777k. Additional revenue comes from savvy merchandising which has included lipsticks, a Cluedo game, clothes and posters. Miss Fisher’s Murder Mysteries official Instagram page has 27.2K followers, and the Facebook page has more than 184K followers – a huge reach for any potential feature filmmaker.

According to Eagger, the crowdfunding has been an essential proof of audience to Screen Australia, who are ‘very proactive about people thinking outside the box to help raise funds and they want to reward that kind of behavior.’ She says that ‘being able to demonstrate a fan base has been a huge help to getting the film up.’

Eagger also says the crowdfunding has been key in maintaining the original TV cast in the film. ‘Essie [Davis] and Nathan [Page] and Miriam [Margoyles] and Ashleigh [Cummings] – are all actors who are a part of the TV story. But once you start making feature films there’s a lot of pressure to have well known feature film actors that have an international profile, so the first thing [you get with financers] is wanting to recast your film with people they think will help box office. The crowdfunding was important in helping us to maintain the cast that we know the fans love.’

Eagger adds that the fan base has also helped to raise private finance, ‘which means we haven’t had to go towards Gap financing, so Screen Australia liked that model where there’s not people standing in line, necessarily, before them, besides some private investors.’

For anyone who knows anything about Miss Fisher’s opulent world (individual episodes of the first TV series were budgeted around the $1m mark), the film’s $8m budget is peanuts, especially for a period costume drama with locations like Morocco standing in for British Palestine. The choice of Tony Tilse as director is strategic here.

‘Tony has been involved in the series since the beginning,’ says Eagger, ‘so he knows all the tricks of how to get value on screen. He knows the show tonally. There has probably been some international pressure to get a more known feature film director, because this will be his first feature, but Tony knows the world, knows the character, and he knows what we need to deliver with limited resources, so for me it was a no brainer.’

Eagger admits the move from television to feature film has been ‘tricky’ for herself and Cox, who are ‘pretty much TV drama animals’, but like most people in the industry they’ve worked across formats. Eagger has produced animations and children’s programs (including Sarah Watt’s Small Treasures and The Web series) as well as Ana Kokkinos’ short feature Only the Brave (1994) and Mallboy (2001); while Cox’s credits include TV’s Simone de Beauvoir’s Babies, Seachange and the feature Dead Letter Office (1998).

‘We hadn’t done features for a long time,’ admits Eagger, ‘so we actually had to have a really good think about what doing a feature means for Miss Fisher in terms of the story structure.

With TV you know someone might go and make a cup of tea in the middle of it, and come back and forth, but for the movie it’s about being in the bubble and how do you create that bubble for people, and how do you take Phryne where she’s never been before? Emotionally as well as physically. It’s a big story. We’ve got to think about what’s going to make people come out on a cold – or hot – night to pay money for something they are used to seeing at home in their loungerooms. We want to give them that big screen experience. Ultimately though, we know our fans are mad and they will go anywhere to see Phryne.’

As to whether this particular lady superhero will spawn a series of sequels, nobody’s saying, but why not?

Read: Australian Lineup for Palm Springs 2020 includes the premiere of Miss Fisher and the Crypt of Tears.