MIPCOM 2014: the stars, and some reasons to keep going

Our man in Cannes sampled the market and tells us what products caught his fancy.
László Kriston
[This is archived content and may not display in the originally intended format.] 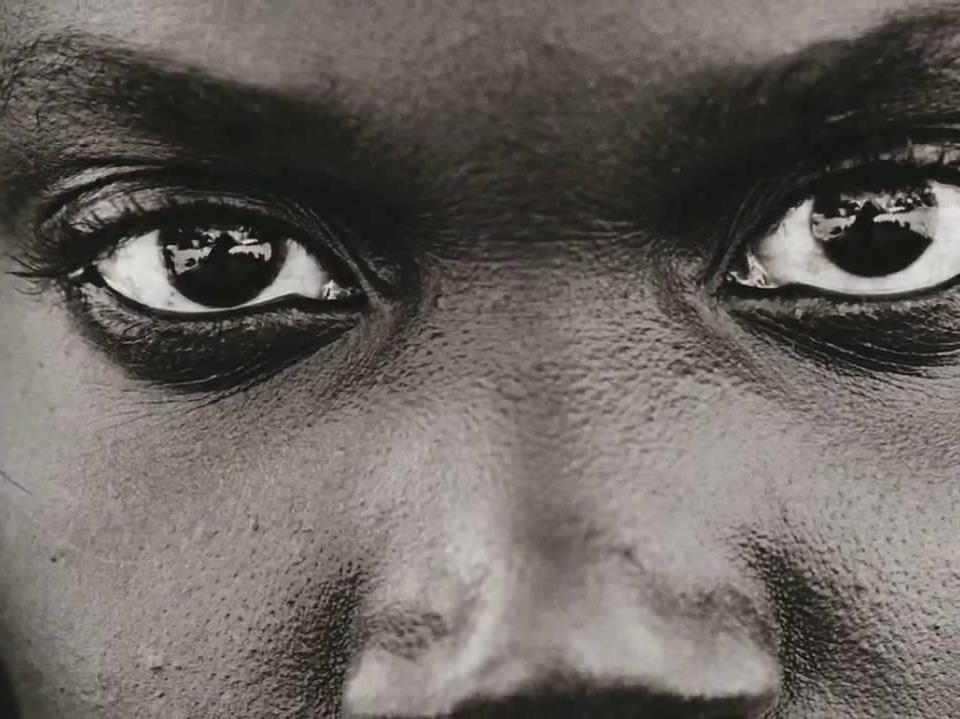 Image: from the cover of the underlying book for Book of Negroes.

The stars flew in, graced the red carpet, struck a pose, and even got soaked up – all in the hope that this will spark sales.

This year, their efforts were tainted by huge rainshowers that were on par with what they call a tropical storm. (I know what I’m talking about, I endured one in New York in 2011, an after-event of Hurricane Irene.) Storms are not unusual at the MIPs, but huge rainshowers of this magnitude are. Mother Nature and climate change made their presence known.

Could Black Be the New Black?

For the opening screening, eOne brought out the talent behind The Book of Negroes (for now, BON) an adaptation of a novel by Canadian author Lawrence Hill, who sheds light on a lesser-known episode in black history. The title refers to the registry that contained the names of black people who, at the end of the American Revolution, were driven to Nova Scotia and then back to America after being promised deliberation from slavery by the British in exchange for fighting on their side. But since the Brits lost the war, their pledge was null and void.

There is much pathos and tears to be found in this series. Aunjaune Ellis (The Help) plays a woman who ‘refused to be defined by her circumstances,’ as she explained in Cannes, while Lou Gossett, Jr. plays a man named Moses who ‘doesn’t give up until he brings his people back to the Promised Land,’ said the Oscar-winning actor, who is just as driven by the same I’m-all-for-world-peace-beyond-color zeal in real life, although in a somewhat impersonal and preachy manner.

The BON script landed on the desk of eOne production chief Carrie Stein (during her first week on the job!). It coincided with a reemergence of Gossett’s legendary series, Roots (1977), which was rewarmed on the African-American platform, BET, and got 4 million views! That set a precedent and helped the financing of BON.

A show in the The Color Purple-vein, it was originated as a theatrical feature, but Canadian director Clement Virgo changed gears and extended it into a TV series when funding challenges arose. Backstories and sequences were created that had not been in the novel. What’s also interesting is that Lawrence Hill’s writing has since been influenced by the script conferences he had to endure during the making of the series. He started thinking differently about structure and the visual power of scenes.

The show’s lead actor, Cuba Gooding, Jr. showed up at the press conference 15 minutes late (which they started belatedly anyhow), even though he entered the building an hour earlier, then slumped into a chair, seemed a bit out of place, and after the press conference jumped up with renewed vigour, ran out and was quickly ‘pulled into a meeting,’ effectively cancelling all his interviews.

Whatever the reasons, you could see on Carrie Stein’s face that she was not happy about his behavior. (Why did they fly him in, first class, if not with the mandate to promote?! It’s reasonable that they have an expectation.)

The sales folks at eOne are no fools. When they made their projections, they probably made a spot-on analysis of what sales revenues they can expect. I guess Canada’s various media funds had a lot to do with making the funding jigsaw puzzle of the project viable. But no matter how noble and well-made the series might be, I personally have doubts about its commercial prospects and saleability on a worldwide scale. Stein admitted this much: ‘I thought it was incredible, but I thought it would be a very hard project to bring it into the U.S. market at that particular time. Mini-series had almost stopped being done entirely. As good as it is, it’s a difficult subject matter for a commercial platform.’ So true.

Australian actress Nicky Whelan (33) arrived to promote Matador, El Rey Network’s series about an undercover job to implicate the wealthy owner of the LA Riot team. All the character-sum-ups in telegraphic-style voice-overs and the slightly crazy tone made me feel that it’s vintage Tarantino and Guy Ritchie. A good one at that. Then I realized the series is created by Robert Rodriguez!

The beautiful Whelan -I mean fashion-model beautiful- plays against type, appearing as the intelligence chief. It’s not exactly ground-breaking since Diane Kruger was cast as the brainy museum archivist in National Treasure, but it’s cool. Whelan related to ScreenHub the initial hardships of carving out a place under the sun in Tinseltown. ‘Emotionally, moving to a country, it’s quite a journey. Hollywood is a bizarre system. Major adjustments need to be made. You’re away from your security blanket. And now you’re up against the best actors in the world. Sometimes you don’t work for long periods of time and you start to question your talent.’ At twenty-five, she crashed the couch at a friend’s house in L.A. for a year. ‘It’s not for the faint-hearted. I never gave myself a plan B,’ she recalled.

Her motto during harsh times? ‘This, too, shall pass.’ There’s a story of hardship behind every pretty face on the screen. ‘Coming from Australia, we have a good work ethic already. But some [give up and] go home a little early.’ She didn’t, and she had gradually gotten to the level where she no longer has to take jobs in cheap horror movies (which she’s done before).

Virgin-till-wedding pop star -at least that’s how they sell him-, Nick Jonas (22) descended on the Croisette -troting out her presumably untouched and gorgeous girlfriend, Olivia Culpo, on the red carpet- to support Endemol’s Kingdom (the title is quite a misnomer), a series set in Venice Beach, California. Watching the first episode, I had the distinct feeling that it’s Sundance material. Had it been made for the big screen, it would have no difficulty claiming a place in today’s best indie film crop – only the cliffhanger gives it away that it’s made for TV in a serialized form. The ‘film’ follows the quiet Nick Jonas character who was born into a family of (would-have-been) boxers. Their sporting ‘genre’ is ‘mixed martial arts,’ so there aren’t really any rules in knocking and hitting one’s opponent. Do whatever you need in order to succeed – which makes the big fight scene in the ring really suspenseful.

Jonas told ScreenHub he even has an acting coach and would imagine himself on the long run transitioning into full-time acting. Much beffed-up -he said he put on 15 pounds of muscle- and acting like an innnocent puppy dog in real llife, Jonas is an intriguing, if taciturn, screen presence. So is wrestler-turned-actor Frank Grillo (of Captain America fame), playing his dad. ‘I understand what it is when you are outdated,’ said Grillo. ‘A man gets to a certain age where he didn’t accomplish what he thought he was. And life kind of changes.’

Kingdom is a sensitive  and sometimes gritty portrait of derailed lives in sunny California (speaking of gritty?!), with quite a bit of family dysfunction thrown in (á la David O’Russell’s The Fighter). As such, it’s thoroughly absorbing. There’s a forlorn poetry to this narrative and the locale. I’d love to binge-view it A.S.A.P. (It was launched on DirecTV in America shortly before MIPCOM.)

The show was such a success with buyers in the Palais that Endemol ordered another season (20 eps) a few days after the market.

M. Night Shyamalan is hoping for a career makeover (or come back, rather) on the small screen through Fox’s Wayward Pines in which Matt Dillon is trapped in a Smallvillesque town where it soon turns out that everything is more sinister than it first seeemed. It’s a Twin Peaksian take on smalltown Americana. Sympathetically, Shyamalan doesn’t deny the influence. He openly owned up his Lynchian inspirations.

In the Grand Auditorium, I put to him the question (which I longed to ask for years) whether he can sense the presence of the dearly departed, whether he remembers his past lives, and so forth, given that his films are about direct experience of the mystical realm. I was taken aback by his answer. He’s no clairvoyant. He has zero sixth sense. Oh, really? ‘I guess, I always feel a sense of feeling lost in a spiritual way and wanting to have some meaning. I wish that we were a part of something bigger. That could just be me being naive and primitive. I so desperately want that. That’s what you are feeling from me in all these stories. I live in this big old house and the other day I thought I heard something. As a kid, I used to be scared and run backwards. Now, I’m like, ‘Please let there be a ghost at the end of the hall!’ So that I know. So I can go back and say it’s all good. This [physical life] is not the end.’

You would think that BBC Worldwide is a quintessentially British brand, but their latest, Intruders is a very American supernatural series. It’s dark and moody and it gives you the feeling that the story is about possessions, but then it slowly becomes evident that the concept is centered around reincarnation – enhanced with a conspiracy theory. ‘The idea is that there is a secret society that for centuries they’ve come to understand how reincarnation works,’ showrunner Glen Morgan (The X-Files, Final Destination) told ScreenHub in the five-storey V Five Seas Hotel, which is rented out in its entirety to the BBC for each MIP (at no small fee, I’m sure). Ruminating on being a sci-fi or supernatural specialist, Morgan said, ‘I’d like to be more versatile, but it works the opposite way’, He’s got typecast, as a writer. ‘My favorite things are written on spec,’ but it’s impossible to get them made. He saw many writers turn their pet projects into graphic novels because ‘studios just ignore’ original material. ‘It’s crazy,’ he lamented.

Maybe I should be an acquisiton executive! If I had a TV channel, here are some of the new formats and series that I’d consider programming.

László is a film critic and journalist, originally from Budapest, who is very active on the international festival scene.