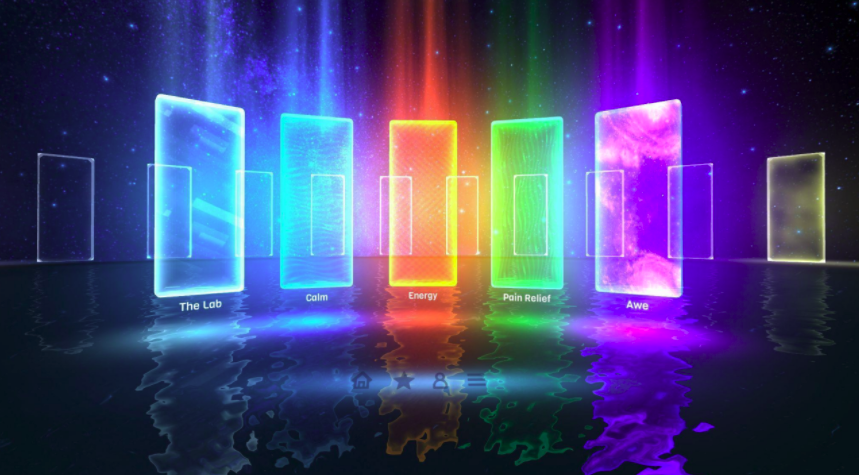 Liminal VR aims to change the face of wellbeing with its alternate reality projects. Image supplied.

Virtual, augmented and mixed reality technologies aren’t new – but the understanding of their potential is. In recent years, companies have begun to explore exactly how these technologies can be used to better the lives of people, in terms of mental and physical health, and also through education. Liminal VR is one Australian company currently working in the space and it has plans to redefine with these experiences can be.

Based in Melbourne, Liminal VR is currently creating a number of bespoke training simulations, as well as clinical and marketing experiences for ‘a wide range of clients’, according to Damian Moratti, CEO and co-founder of the company. One of these projects, which helps train managers in how to reduce psychosocial harm in the workplace, has been funded by WorkSafe Victoria.

The company has also worked with Creative Victoria, TAFE NSW, VicHealth, AGL and the ACT Government to provide wellness education in the form of alternate reality experiences, which have a proven track record of higher engagement as an educational tool.

Those participating in virtual, augmented or mixed reality experiences are more likely to retain their knowledge, and to actively contribute to discussions. Through the use of Liminal VR’s propriety experiences, these discussions revolve around topics such as calm, energy, pain relief, and awe.

Now, the SAE Creative Media Institute is sharing the Liminal VR program on a wider stage, with LaSalle College in Vancouver and Columbia College in Chicago being among the first global adoptees to gain access to Liminal’s ‘Psych Docs’.

‘Through the program, students who wish to create experiences are given access to Liminal’s “Psych Docs”. These are maintained by the research team and have over 300 citations from published neuroscience, psychological literature, and the results of our own research,’ Moratti explained in a press release.

‘We encourage students to delve deeper into theories, evidence and case studies around gameplay and interactivity, motion, nature, and mindfulness.’

There’s hope that enabling access to this data will help breed a new generation of VR, AR and mixed reality games that explore how positive mental health can be maintained in a busy, stressful society.

These documents have already generated a number of new creative experiences through SAE, which was an early adopter of the Liminal VR Psych Docs. Matt Young, a former student, created an experience called Calming Sirius, based on these learnings. Based on self-reporting from players, it helped to increase the positive moods of users by 24.7 per cent.

Naomi Holt, another SAE student, worked on a project known as Fruit Loops, which was designed to relieve pain for players. Based on self-reporting, it decreased users’ pain intensity by 10.9 per cent.

‘We did a lot of research, as we initially had different interpretations of what pain was. One of the team was a nurse who worked in healthcare, so we were able to utilise her experiences,’ Naomi said of the project. ‘Health and wellbeing in design is going to be the future, so Liminal’s perspective on VR and it being used for good resonates with my own values.’

These projects demonstrate the potential value alternate reality experiences have, and how they can transform the future approach to healthcare and wellbeing.

According to Nicholson Perry, Associate Dean at the Australian College of Applied Professions, who specialises in pain management, VR is an avenue that’s ripe with potential to improve wellbeing.

‘While we might think of pain being located in the part of the body where we feel it, pain is essentially a process in someone’s brain. VR may help the brain by changing incoming stimuli,’ she said of the project.

With the program now being shared with more creative institutes overseas, there’s hopes that Liminal VR’s research and gameplay experimentation will be used to create more positive health and education-based experiences in future. The work undertaken by the company is fascinating, and could have a long-lasting impact on the future of healthcare, education and personal wellbeing.

View the original version of this article on GamesHub.

Leah J. Williams is a gaming and entertainment journalist who's spent years writing about the games industry, her love for The Sims 2 on Nintendo DS and every piece of weird history she knows. You can find her tweeting @legenette most days. 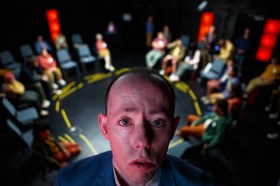 Back to Back's 'Shadow' and six other Australian films at SXSW

‘Shadow’, a film made collaboratively by people with disabilities, will have its world premiere at South by Southwest, along with…