Revelations this week about the filming of The Last Tango in Paris raise broader issues for the ethics of hoodwinking actors to force them to 'feel not act'.
Emma Clark Gratton
[This is archived content and may not display in the originally intended format.] 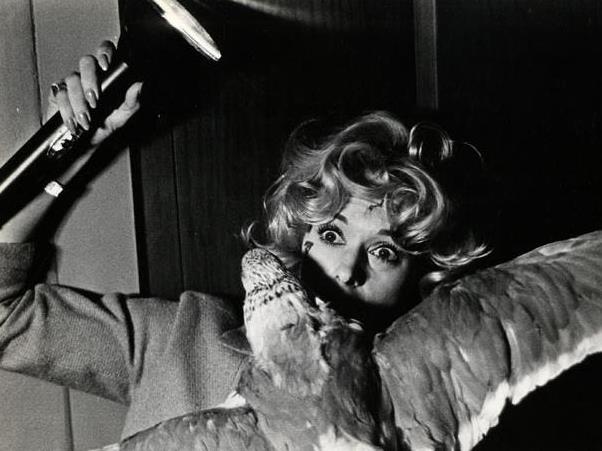 A still from The Birds, Image via Museum of Modern Art

The film, which was denounced as obscene and banned in many countries, made headlines in recent days after a 2013 interview surfaced in which Bertolucci said neither he nor Marlon Brando had told Schneider of their plans to use the butter during the scene.

Read: Up close and personal

Bertolucci said he and Brando came up with the idea over breakfast on the morning of the shoot and he decided not to tell Schneider, who was acting in her first major film, because he wanted her to react ‘as a girl, not as an actress’. ‘I wanted Maria to feel, not to act, the rage and the humiliation,’ he told Dutch journalist Wijbrand Schaap during a live Q&A session at the Rotterdam Film Festival in January 2013.

There is a long history of directors purposely withholding details from the cast to create true reactions – ranging from surprise and shock to fear and confusion. But the ethics of surprising actors is getting into murky territory around consent, freedom and just how far a director will go for art.

If the emotions the director wants to elicit are possible, there is little ethical dilemma. In the 1971 version of Willy Wonka and the Chocolate Factory, director Mel Stuart hid the set of Wonka’s magical chocolate wonderland from the child actors, so their reactions of wonder and amazement at the world of over-sized gummy bears, candy cane trees and of course, the river of chocolate, are genuine.

But when it’s a matter of shock or terror, it’s much more problematic.

The scene from cult sci-fi film Alien where the giant toothed alien bursts from a man’s chest? The cast’s screaming reactions were completely real – all that director Ridley Scott had told them was that ‘a thing will emerge.’ On the first take, the false chest convulsed slightly and a tiny bit of blood popped out. This was a false start to get everyone to lean in close for the next take, when they were hit with the full force of an eruption of rancid pig organs and litres of fake blood.

Read: Does your favourite film pass the sexism test?

Actress Veronica Cartright’s screams of disbelief and subsequent desperate, hysterical sobbing was all completely unrehearsed. She fainted before the scene was finished and it had to be completed the next day.

Tippi Hendren, star of Hitchcock’s 1963 film The Birds, recounted her treatment on the set of the movie to the Daily Telegraph. She had been told that mechanical birds were to be used for the scene where her character goes into an attic and gets attacked by a flock of birds.

‘When I got to the set I found out there had never been any intention to use mechanical birds because a cage had been built around the door where I was supposed to come in, and there were boxes of ravens, gulls and pigeons that bird trainers wearing gauntlets up to their shoulders hurled at me, one after the other, for a week,’ she said.

‘There were breaks, but Hitchcock didn’t stay around. He went off into his office and as the days went by it just got worse.’

Pecked, bloodied and exhausted, Hedren finally collapsed, crying hysterically. She had to be carried off the set and put in the care of a doctor, who ordered her to rest for a week.

‘Hitchcock said, ‘She can’t rest for a week, we have nobody else to film,”’ she recalls. ‘And the doctor said, ‘What are you trying to do? Kill her?”’

In the case of The Last Tango, the effects were lifelong. Schneider retreated from the public eye after Last Tango in Paris was released, and refused to do nude scenes in films again. She died from cancer in 2011 after a long battle with drugs and mental health issues.

Before her death, Schneider told the Daily Mail in 2007 that she ‘felt a little raped, both by Marlon and by Bertolucci. After the scene, Marlon didn’t console me or apologise.

‘That scene wasn’t in the original script. The truth is it was Marlon who came up with the idea,’ she said. ‘They only told me about it before we had to film the scene and I was so angry. I should have called my agent or had my lawyer come to the set because you can’t force someone to do something that isn’t in the script, but at the time, I didn’t know that.

‘Marlon said to me: ‘Maria, don’t worry, it’s just a movie,’ but during the scene, even though what Marlon was doing wasn’t real, I was crying real tears.’

While much has changed since ​The Last Tango in Paris was filmed in 1972, performers can still be at the mercy of directors.

Young female performers are especially vulnerable, said Zoe Angus, National Director of Equity at the Media, Entertainment and Arts Alliance, the union for the entertainment industry.

‘The controversy … will resonate with many Australian female actors who have their own battle stories about being placed in vulnerable situations “in the name of art”,’ said Angus.

Read: The next 25 years in ethics

In Australia, the Equity section of the MEAA works with producers to develop enforceable guidelines to protect actors. Film and television collective agreements contain detailed clauses regarding sex scenes and nudity, which protect actors from compromising, exploitative or potentially unsafe situations, said Angus.

‘For example, the actor is entitled to receive full information about what is required and consent must be in writing, as well as the set or rehearsal being closed to all unnecessary personnel. Directors and producers have a duty to be aware of these provisions and operate accordingly.

‘As an industry, it is essential we create an on-set culture of equality and female empowerment if we are to stamp out discrimination, harassment and mistreatment.’