How TV can be a powerful tool for public health

When shows get their research right, writes Michaela Pascoe, they can be powerful tools for public health messaging. And when they get them wrong...
The Conversation 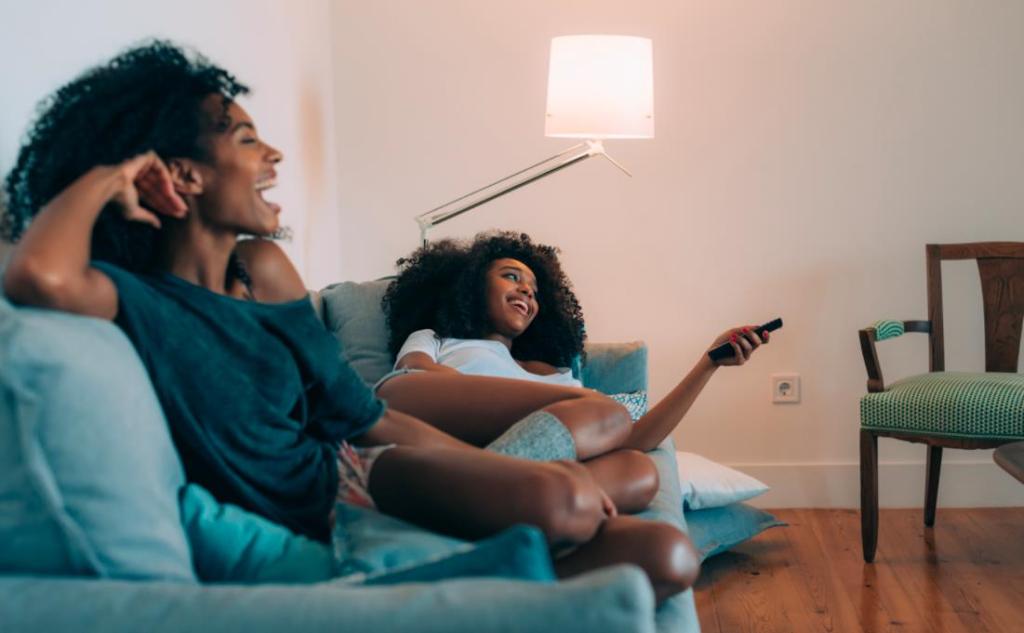 With a little bit of work, television could be good for you. Image: Shutterstock.

We all know what we should do. We should eat well and exercise. But then there’s ice cream and alcohol and the couch …

But what if watching TV could actually be good for you – if your favourite TV show could inspire and support you to be healthier?

In 2012, on 90210 (a reboot of the 90s Beverly Hills, 90210), 18-year-old Erin Silver (Jessica Stroup) was confronted with the choice to test for BRCA gene mutations. Her mother died from breast cancer, and if Erin had a mutation she was at elevated risk of cancer herself.

The show’s creators worked with Hollywood, Health & Society, an organisation established to provide the entertainment industry with expert information on health, safety and security.

In getting the health information right, 90210 was able to tell a compelling and dramatic story while engaging viewers with their own health.

After the show aired, a study found 12% of female viewers reported scheduling a doctor’s appointment to discuss their breast cancer risk, 13% talked about the BRCA gene with a woman they knew and 17% searched for more information about breast cancer online.

After the death of her mother, Silver was forced to confront if she should get tested for the BRCA gene. Image: CW.

Many non-communicable diseases, such as diabetes, cardiovascular disease and certain cancers can be can be prevented by modifying behaviour such as tobacco use, dietary habits and physical activity. But the rise of such diseases shows current methods of health communication are inadequate.

Television can not only provide you health information, but can also motivate you to do what’s good for you.

Entertainment that canvases health issues can lead to misinformation. This can be really harmful.

Mental illness is commonly misrepresented in films and on television, contributing to stigma which can have a profoundly negative impact of the well-being of people living with mental illness.

A particularly sobering example was seen after the release of 13 Reasons Why, a Netflix series about the aftermath of a suicide. In the month following the first season release in 2017, the suicide rates in Americans between the ages of 10 and 17 increased 28.9% and remained elevated for a further two months. 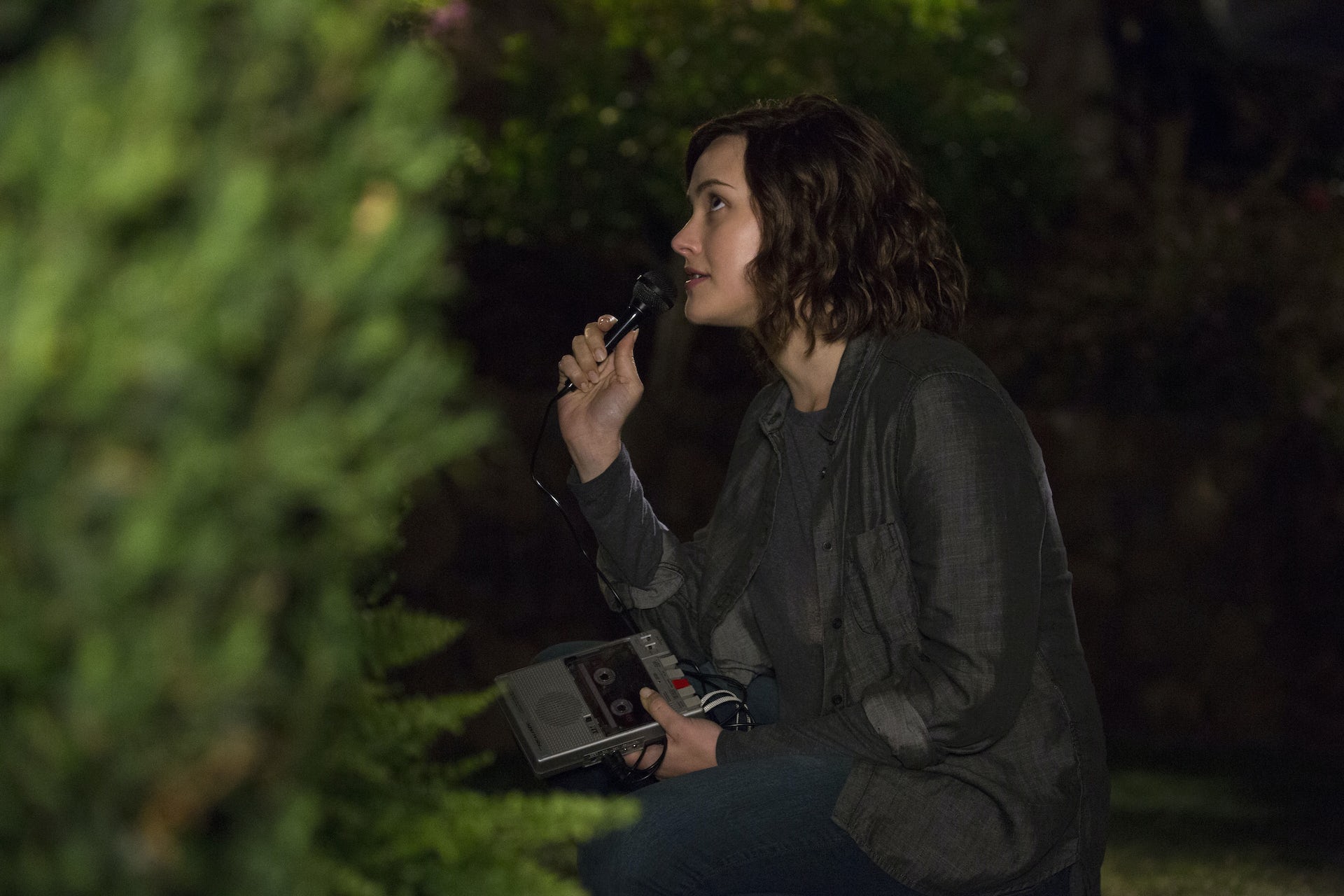 13 Reasons Why was criticised for not following media guidelines. Image by Beth Dubber via Netflix.

13 Reasons Why was criticised for overlooking media guidelines against stories promoting simplistic explanations of suicidal behaviour or depicting suicide as a means of accomplishing a goal.

If the series had followed best practice guidelines in telling this story, the outcomes may not have been so devastating.

The positive power of narrative

But entertainment can also have a powerful positive impact on health.

In 2001, Hollywood, Health & Society worked with The Bold and the Beautiful on a story where Antonio Dominguez (Paulo Benedeti) learned he was HIV positive. An HIV/AIDS hotline was presented at the conclusion of the episode, and calls increased dramatically.

In 2006, the organisation worked with Numbers on an episode where Charlie Eppes (David Krumholtz) changes his position on organ donation, telling his family he would like to be a donor.

After the episode aired, audiences were found to be more likely to register as organ donors and encourage others.

Confidence in the truth

In decision making, we naturally give greater weight to narrative evidence than statistical evidence. This is increased in situations of high emotional engagement such as related to health.

By embedding health storylines in popular narratives we can reach audiences where they are. But the spread of contested health information has led to growing public scepticism.

It is important to present accurate information in a way that is responsible and adheres to best practice to build audience confidence.

While Hollywood, Health & Society does important work in providing information to the entertainment industry, viewers don’t know if this content is trustworthy, and there is no method to ensure stories are told in the most impactful way.

If we had a widely used methodology to guide the development of entertainment produced in partnership between the entertainment industry, health and science experts and consumers to promote health, we could make a big difference.

Scripted television and movies could be the next big thing in health promotion. But we need artists, health experts and audiences working together.

We lack a pathway for health experts, health bodies and people with lived experience to create stories to promote health.

My research team is working on identifying the characteristics of entertainment which can successfully influence health behaviours. This could be having characters key audiences can identify with, and having those characters engage in healthy behaviours related to their well-being.

We are establishing a consortium of policy makers, health experts, entertainment industry professionals and audiences to guide the production of entertainment-driven content to promote health.

Television episodes and films produced following this method will be certified as scientifically accurate. When you watch it, you will know the information delivered is trustworthy.

It will be produced using the best knowledge about how to support people to take charge of their health. It will impact attitudes and behaviours that can improve health. And in this, television will improve lives.

If this article has raised issues for you or you’re concerned about someone you know, call Lifeline on 13 11 14.