How Anzac movies fuel the Anzac myth, then and now

Australia's Anzac story has been greatly influenced by cinema, as these films show.
Daniel Reynaud 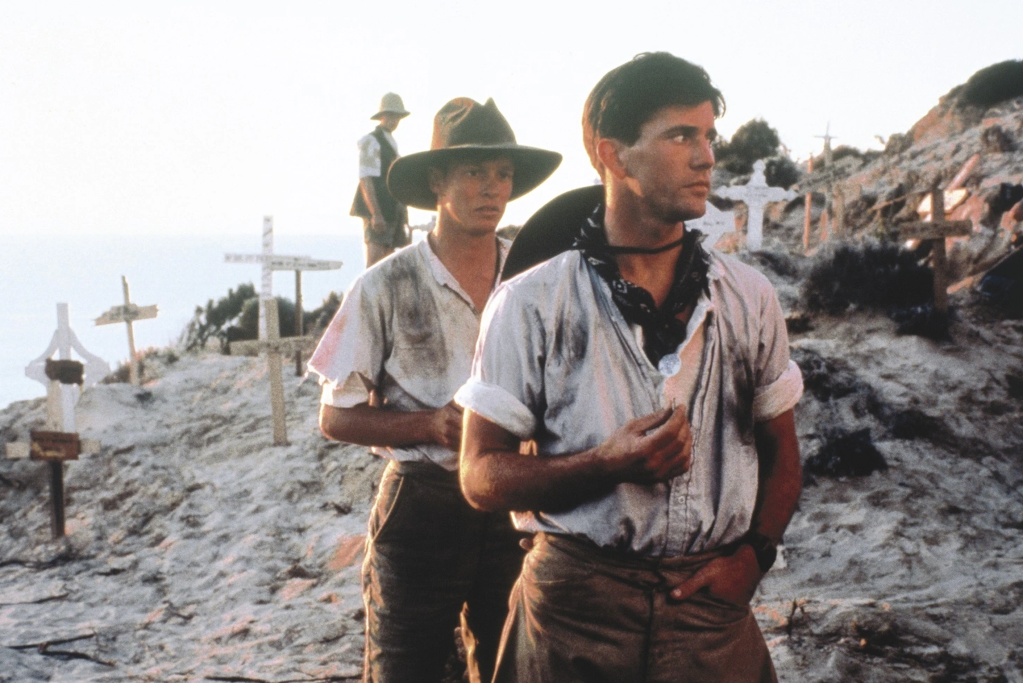 Film has always been central to a popular understanding of the Anzac story.

Within three months of the famous landings at Gallipoli in April 1915, Australian movies were portraying the event to audiences hungry for any information about their sons and brothers at war. Since then, Anzac themes have formed an important genre of Australian cinema and television, featured in more than 50 productions over the century since the first Anzac Day.

The national myth of Anzac, a central narrative in a modern Australian identity, has probably been shaped as much or more by cinema than text, particularly in the modern era. Looking back at film over the years can help us see how Anzac mythology has changed over time, constantly edited to suit changing attitudes and values.

The first Anzac movie was The Hero of the Dardanelles (1915), a huge box office hit on its release in July that year, while the Anzacs were still fighting on Gallipoli, directed by one of our most prolific and accomplished film makers, Alfred Rolfe.

Using extras from the Liverpool Army Camp, the film restaged the Gallipoli landings at Tamarama Bay in Sydney, and grainy footage from the film of boats rowing ashore is still regularly shown in news bulletins every Anzac Day as if it was of the actual landings. It presented the ideal Australian soldier as a wealthy city lad, drawn from his pursuits of sports by his loyalty to the British Empire.

Wounded while fighting a Turk barehanded, he returned home a hero, rewarded with marriage and a farm. A partial reconstruction of the movie is available from the National Film and Sound Archive, and is a reminder of how much Anzac mythology has changed – and remained the same. We no longer revere the British nor idealise the Anzacs as upper-class urbanites yet Anzac continues to define what real Australian manhood is about.

Between the two world wars, Anzac movies saw a shift towards representing the Anzacs as long, lean larrikin bushmen, though there was still a strong British allegiance.

Forty Thousand Horsemen (1940), directed by Charles Chauvel, another key Australian director, encapsulates many of the changes. Chips Rafferty made his name in a supporting role that often eclipsed the star, Grant Taylor. The story culminates with the triumphant charge at Beersheba, which is a cinematic highlight of the film.

Rafferty’s laconic bushman had the comic turn that made Anzac stories more palatable to audiences for whom the legacy of the war was bitter rivalries and physically and emotionally broken war veterans on the streets. The film features distinctively Australian characters, but still genuflects to Britain, the Anzacs hoping to become a footnote in Britain’s big book of wars.

The Second World War and the Menzies era that succeeded it saw the eclipse of the Australian film industry, and heroic British and American war movies replaced images of Anzacs on screens. The anti-war sentiment of the 1960s also made Anzac contested territory between veterans and pacifists.

But a stridently nationalistic local film industry was revitalised in the 1980s, featuring a number of Anzac productions.

Probably the two most influential were Peter Weir’s Gallipoli (1981) and the miniseries Anzacs (1985). Both presented an updated version of Anzac mythology, heroicising the simple Australians from the bush while excoriating the British for incompetent and callous leadership.

As a seminal film in Australia’s cinematic history, Gallipoli is perhaps the single most influential text on Anzac, and its indelible portrayal of the tragic death of its lead character at the hands of a pompous British high command still resonates with a public that frequently blames the British for the tragedies of the war.

The mini-series Anzacs was less subtle than Gallipoli, its soap opera approach reducing the issues to simple binaries of brilliant Australians and stupid British.

Other productions aimed for a more nuanced representation, in particular the mini-series A Fortunate Life (1986), Always Afternoon (1988), and The Alien Years (1988). The latter two both addressed Australian injustices towards its own German-Australian citizens, arbitrarily interned during the war. While fine productions, they reached relatively small audiences and had little impact on popular views of Anzac.

The popularity of Anzac mythology grew in Australia over the following decades, as consensus emerged over its form, but few new films emerged, probably because Gallipoli and Anzacs were seen as definitive, leaving little new to say.

Kokoda (2006) and Beneath Hill 60 (2010) tried to revive the genre by tackling different subjects: the Second World War and a tunnelling unit in the First World War. Meanwhile, the approach of the centenary of Gallipoli led to a flurry of film-making.

Russell Crowe’s The Water Diviner (2014) took a new angle on Gallipoli, exploring its legacy rather than its battles, touching on modern issues of uncovering unknown war graves and reframing Australian-Turkish relationships in a friendly light, a popular myth with little historical justification.

Other productions such as An Accidental Soldier (2013), and the miniseries Anzac Girls (2014) and Gallipoli (2015) won critical praise but mostly disappointing audiences.

Anzac cinema has captured what Anzac mythology says to each generation of Australians. At first fiercely loyal to Britain and its empire, the films gradually developed distinctively Australian Anzac characters embodying the comic bush legends of Henry Lawson and Banjo Patterson, before the 1980s saw the British rather than the Germans or Turks portrayed as the enemy.

In all productions, however, the Anzac has been upheld as the idealised version of the Australian character.