‘It's nice having someone just notice and care that there was a small change about you, like a haircut or a new pair of shoes. it makes you feel good. Our games try to have the equivalent of that moment.’
Jini Maxwell 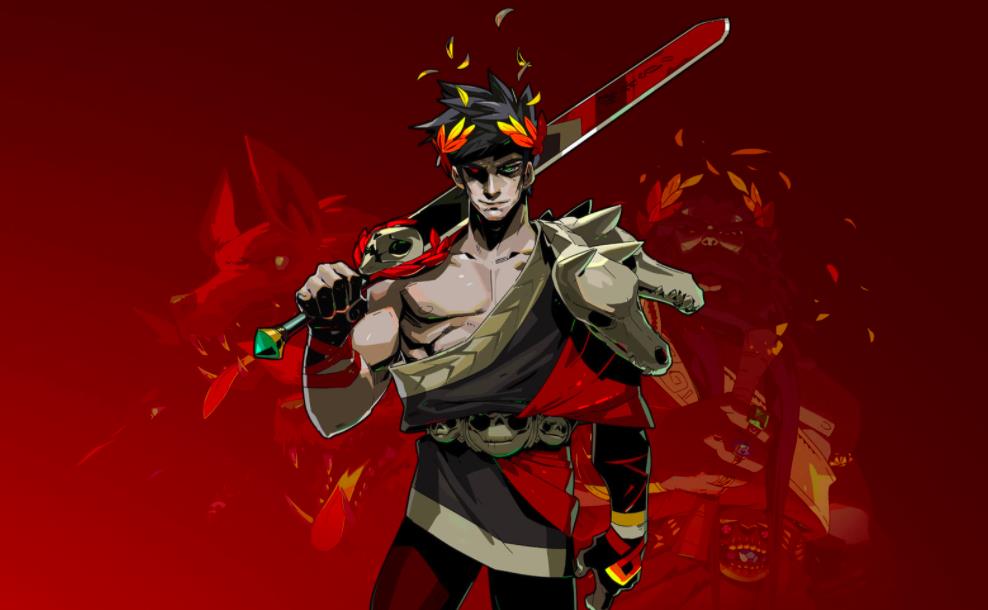 In 2020, Hades took the world of games by storm. The latest from Supergiant games, the narrative-driven, roguelike-inspired action RPG (try saying that ten times fast) drew praise on basically every front: Hades won awards across categories as diverse as direction, design, voice acting, artistic achievement, narrative, and LGBT representation. On top of six BAFTAS, including Best Game and DICE Game of the year, the game was crowned Game of the Year nods by games websites like Polygon and IGN, blowing audiences away with its innovative approach to storytelling, and richly characterful dialogue.

During LudoNarraCon, Fellow Traveller’s annual celebration of narrative games, Hades narrative designer Greg Kasavin spoke to Brooke Maggs, a senior writer at Remedy, about the process of writing a narrative roguelike. Far from a solitary effort, Hades’ unique approach to narrative is the product of deep cross-disciplinary collaboration – and a couple of budget constraints.

READ: Videogames like Hades will make you see death differently

One of the features that made Hades’ narrative  stand out from the pack was its ability to convey a full fleshed-out narrative about family, independence, and freedom through roguelike-inspired gameplay. Unlike other roguelikes, however, where permadeath sets you back to zero at the end of each run, Hades has a persistent narrative that evolves with each death. Kasavin’s ‘guiding light’ in writing Hades’ narrative was the goal of aligning the player experience of a roguelike game with its narrative:

‘It’s nice having someone just notice and care that there was a small change about you, like a haircut or a new pair of shoes. it makes you feel good. Our games try to have the equivalent of that moment.’

‘Even in the most hardcore version of a roguelike game where you lose everything, every time you die and start completely over from scratch, you as a player still carry forward your knowledge,’ Kasavin said, ‘When you get to a boss in a roguelike, it’s not the same as the first appearance, because you’ve seen them 50 times already. So why not have the characters acknowledge and be self aware of the cycle?’

Creating a game that can be played forever but still has narrative continuity is a significant storytelling challenge, but it’s one that bore creative fruit. Kasavin winnowed down the story itself to fit the challenge, choosing to focus his writing efforts on the characters themselves, and giving each god, shade, or gorgon a clear personality and interests, which they express by commenting on the player’s behaviour in their own unique ways. In Maggs’ words, the characters never feel like ‘a lot of people just sort of telling me what to do’: Dionysus comments enthusiastically on the player’s nectar supplies, where Ares, god of war, might express interest in the player’s choice of weapon.

Kasavin said that this responsiveness helped each run feel unique: ‘I think it helped the individual characters feel more alive, that kind of reactivity. I try to acknowledge these little aspects of player behaviour, or the different circumstances that they’re in.’

Immersion aside, it also just feels really nice: ‘It’s nice having someone just notice and care that there was a small change about you, like a haircut or a new pair of shoes. it makes you feel good. Our games try to have the equivalent of that moment.’

READ: The Last Of Us 2’s easter eggs prove that all games are personal games

Maggs pointed out The Storyteller’s narration (voiced by Logan Cunningham) as a distinctly Supergiant quality that helps carry a player over through the disruption of constantly dying. It turns out, what has become a hallmark of Supergiant’s style was born as a budget measure.

‘We can’t have these sumptuous animations to express every emotion, and not every moment in our games can be that tightly choreographed, to where what is happening the scene can be delivered without the use of words,’ he explained.

In lieu of lengthy cutscenes, the team started experimenting with narration, but they quickly moved away from exposition. Hades’ narration doesn’t fall into the trap of underlining subtext that could be communicated a different way. Instead, it supplements the story by providing contrast against players actions; The Storyteller doesn’t just describe the scene, but banters with Hades, or occasionally shares secrets:  ‘We try to use the narration to provide information that would never be available to the player in any other way.’

NARRATIVE IS A TEAM EFFORT

Finally, narrative design is not the gig for a writer who wants to produce their work solo in a lofty attic. It’s fundamentally a team sport, whether you’re working with other writers or not.

The storytelling in Hades is richly cross-disciplinary, in a process that Kasavin guides as the studio’s sole narrative designer, but doesn’t exclusively own. Far from feeling that his vision was watered down by this process, the collaboration is the creative engine behind Supergiant’s success: ‘I think Hades ended up as a better, more interesting thing than what any single person at the studio would have come up with.’

Hades might be known for its colourful, characterful dialogue, but the non-verbal elements of the game carry equally important narrative weight, which required Kasavin to work closely with audio director Darren Korg from the earliest stages; ultimately, he even voiced the character of Hypnos.

READ: BAFTA Fellow Siobhan Reddy: ‘culture is like a garden. It needs to be cultivated.’

Hades’ critically lauded art style is also reliant on a close collaboration between Kasavin and art director Jen Zee, a process that Kasavin treasures: ‘collaborating with Jen on characters and things like that that’s one of my absolute favourite aspects of the whole process of making games at Supergiant. Thankfully for me, she does really value having a lot of information when she’s going to create a design for a character; she really wants to get inside that character’s head and know a lot about them.’ In turn, her artistry inspires new narrative approaches: ‘She always comes back with something that is unexpected to me in a really exciting way… I’ve come to realise that collaboration really is key.’