The next leap for the man who started Hopscotch Films

Troy Lum, formerly of Hopscotch Films, is back in action with two new companies - Brouhaha and Kismet.
David Tiley 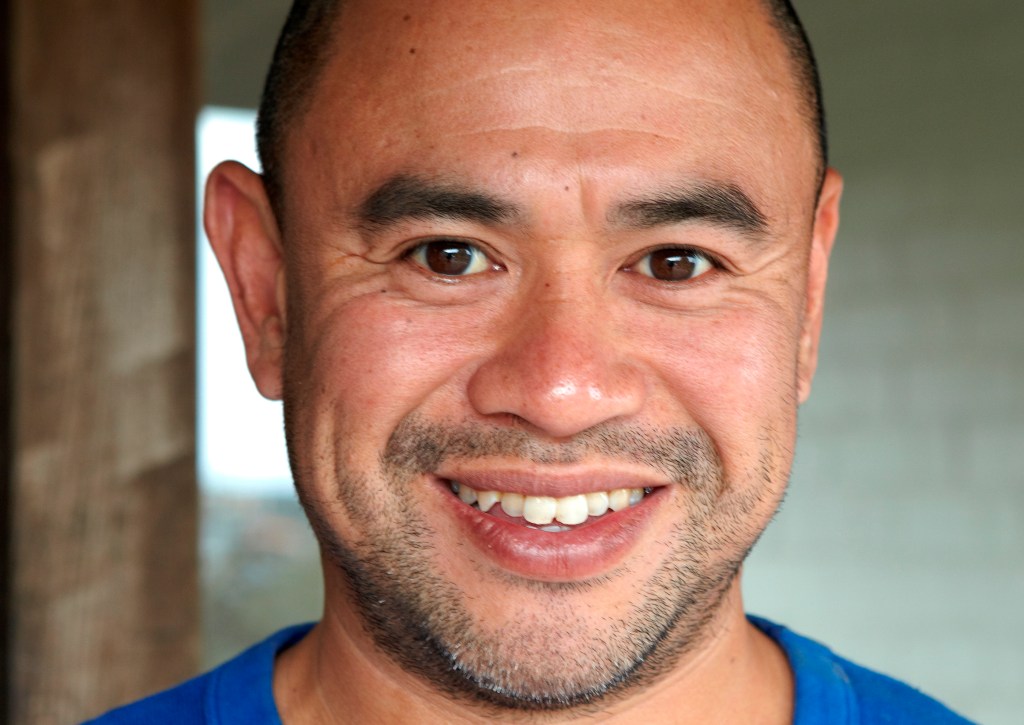 Troy Lum at the height of his international travelling in 2017

Kismet is also the name of a new Australian and New Zealand distribution company, established by Troy Lum and Jason Hernandez, which expects to handle around 20 titles a year for theatrical release. That is a number which makes competitors whistle over the phone.

The name is perfect because Troy Lum has returned to his destiny. In 2002, he started his own company, Hopscotch Films, claimed to be Australia’s leading independent distributor, along with Frank Cox and Sandie Don. Over the decade it did very well, and was involved in the financing and distribution of at least two dozen Australian films while it accumulated some 300 titles on its books.

Lum grew beyond distribution by partnering in Hopscotch Features in 2009. That also was a meeting of bankable names, since Andrew Mason had produced both Dark City and The Matrix, while John Collee was one of the few Australian writers known on an international level.

Their most recent release, to demonstrate Hopscotch’s range of tastes, is Nektronic.

After nine years, Hopscotch Films was sold to Canadian outfit Entertainment One for a list price of $21 million. Proprietors Troy Lum, Sandy Cameron and Jude Troy stayed with the new company, while Lum kept Hopscotch Features as a growing production vehicle.

He ultimately became eOne’s Executive Vice-President of International Productions, controlling all of the company’s film work outside North America. That is a long way from a tight focus on Australia, but he gained a lot of international experience.

Meanwhile, eOne grew like fury and began to wobble. In January 2019, its Australian and New Zealand distribution arm, now run by Jason Hernandez, passed to Universal to the dismay of producers who liked the company’s Hopscotch DNA. By October 2020, eOne itself went to US toy and media company Hasbro for US$4 billion.

Read: eOne – Screen Forever asks what use is it now?

It looked like the end of an era. Troy Lum disappeared quietly into development work on several films and TV series until his non-compete clause over distribution expired, and Covid began its march over the world.

‘It was really taxing to me moving around as much as I was, which was literally every six weeks or so into a different country.’ Lum explained to Screenhub. ‘After being really confronted by being here and not able to leave, I think I’ve found a real comfort and confidence. I feel much more grounded and had more time to really strategise about what I wanted to do next, otherwise I would have just floated around the world trying to make films.’

What would he bring forward from the last twenty years?

He has always sustained a strong attachment to production, but it turns out he likes that global stage.

As Lum said, ‘I guess I had five or six films in development, and a couple of TV series and a number of those movies were in partnership with a UK producer called Gabrielle Tana so we had this great professional relationship.’ She was a producer on Philomena and The Dig, directed by Australian Simon Stone.

UK investors can use a taxation vehicle called the Enterprise Investment Scheme, which allows them to raise start up funds through generous tax advantages. Ultimately the British Film Institute decided to set one up for the screen sector, called for competitive bids and selected Calculus, a veteran of the system, to develop a Creative Content EIS Fund, with Stargrove Pictures as its strategic advisor.

Calculus suggested that Lum and Tana combine their slates and set up a company. It turned out to be Brouhaha Entertainment, with Andrew Mason as the third party. Variety claims that Calculus provided equity investment for AU$2.8 million. Calculus says the, ‘Investment will be used to expand the team and fund development in film and particularly television projects, where Brouhaha has ambitious plans to use key talent relationships to deepen its involvement in the sector.

As Lum explained, ‘One of the competitive advantages of Brouhaha is that we are in two separate continents, and we can access stories and talent from two different places. It doesn’t mean that we’ll be forced to make deals in Europe. Gaby will make films in the UK and Europe and we’re here to do that over here and obviously, sometimes there’s crossover.’

Meanwhile, Kismet was quietly set up in 2020 with a slate of films to distribute through 2021, which are now sitting in the fridge until Covid is contained.

From his earliest days at Hopscotch, Lum believed that the independent and smaller films were trapped in a rigid system defined by the large films. ‘Now that things are loosened up’, he said, ‘that really works in favour of independents because we’ve always wanted to be flexible, we’ve always believed that each film should be a different deal. Why should we have been under the same sort of contracts as the big studio films?

‘For whatever reason – technology, Covid – I think there’s a fundamental cultural shift in terms of what people will see at the cinemas versus on the small scale. And obviously we’re all about the films that people are going out to see.’ Getting that right, he argued, will ‘separate the wheat from the chaff and we are hoping to be the wheat.

On the Kismet board is Paul Wilson, the co-founder and Managing Partner of ASX listed Bailador Technology Investments. With him is Eddie Tamir, who runs The Classic, Lido, Cameo and Ritz Cinemas through family company Moving Story Entertainment, and is totally dedicated to the cinema experience. He binds Kismet even closer to the evolving exhibition process. As Tamir said, ‘We’re in constant conversation about films that we’ve seen, and obviously films that they’ve seen. And it’s definitely exciting to be at the coalface of creative taste-making, which is what Kismet is doing. We haven’t been involved at that level before.’

Lum officially launched Kismet around the 2021 Cannes Film Festival, where the market also discovered that Kismet has set up a premium pay deal with Foxtel, and an agreement with Sony Home Entertainment, so it can monetise non-theatrical rights attached to cinema deals. Unsurprisingly, Kismet will also distribute Brouhaha productions.

Lum took the opportunity to build a better slate around Cannes 2021, and finally spiced the official announcement of the company with up-market arthouse audience-grabbers like Julia Ducournau’s horror-thriller Titane, which won the Palm d’Or this year. Joining it is Belle, a fairytale by Japanese animator Mamoru Hosoda and Anaïs In Love, which is the sort of French romance beloved of inner city Australian audiences.

From this side of the world, Kismet has acquired the rights to All That I Am, based on the novel by Anna Funder and directed by international series director Kate Dennis, and The Convert, by NZ director Lee Tamahori whose career includes Once Were Warriors and The Devils’s Double, a Dutch film made in English. Both of these were bought off the script.

‘The key to any film is, “Who is my audience?”, and then everything else that needs to follow to reach them.’ Lum is referring to the whole distribution and marketing process. ‘It is shifting, probably every month, but what doesn’t change is that first question – who is the audience? That is the first question.’

‘All the trickery that you have in your marketing or in the film itself won’t work if it doesn’t engender an emotional response from an audience. If you are acquiring a film, whether you are producing them or reading the screenplay, my thing is always getting over the noise. What does it make you feel and who is it for? If you can’t answer that question, the film is not worth buying.’

‘We’ve made some great cinema in every era. But I’d like to think that we can get much better and I think that comes not from actual filmmaking talent as such but really about the strength of ideas. Any country in the world that has a strong cinema has a strong sense of their cultural identity and their identity as a country.

‘That is what makes interesting movies, and I like to think we are becoming more confident culturally, about our own identity.’