Is it a movement or a right? A disability-led panel takes the pulse on aligning rhetoric and action when it comes to inclusivity and equality.
Gina Fairley
[This is archived content and may not display in the originally intended format.] 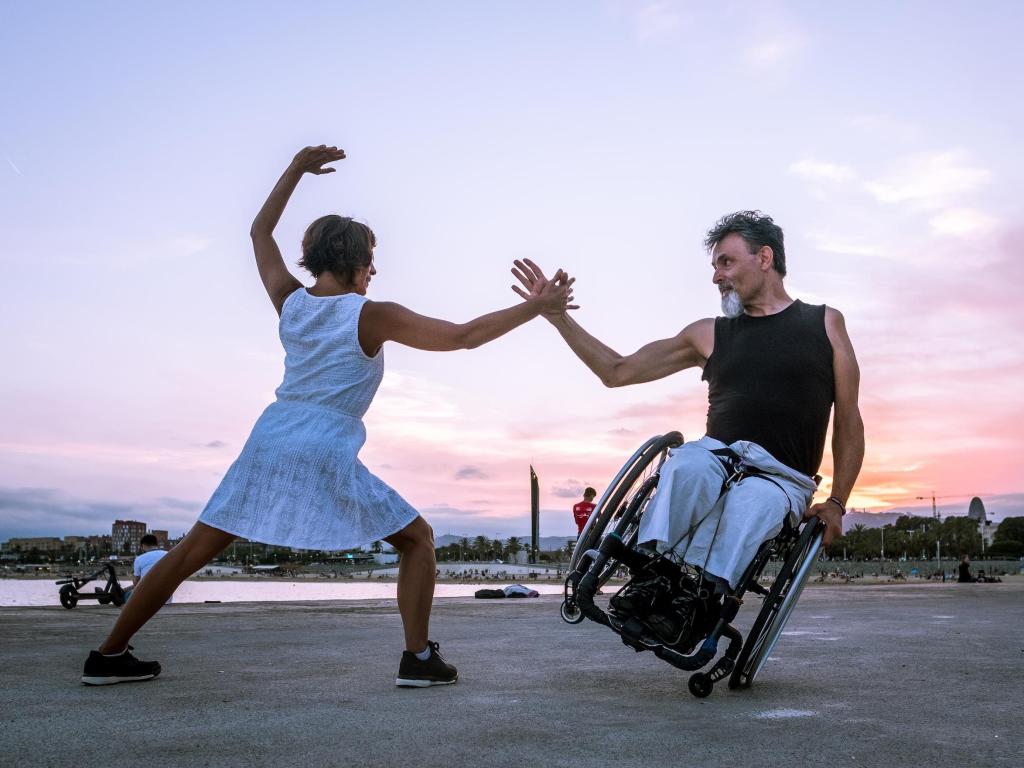 In 2007, Turner-prize nominee artist Yinka Shonibare described disability arts as the last great avant-garde movement. He compared it to the early days of feminism and the black rights movement, offering that it was a powerful dynamic that spoke more about aesthetic talent and inclusivity than non-normative bodies.

The tag has gained traction in the ensuing years, and was the topic of a SAMAG discussion earlier this week in Sydney. A disability-led panel asked what has changed in that 12-year gap – have we advanced, and is it indeed a movement, or a right?

Panel chair and artist, Sarah Houbolt said she liked the term: ‘It gives us a bit of status and value,’ she said.

Houbolt believes that in the last five years there has been a dramatic shift in the way people are paying attention to the disability community, and disability-led product and process.

This week’s discussion follows the release of the UK podcast The disability and… (17 May 2019), produced by Disability Arts Online and Graeae, where British disability advocate Mat Fraser examines the recent turnaround to inclusion in the UK.

‘It walks through what was needed, in order to get those success stories – those that we are aspiring to here,’ Houbolt said.

The two strongest threads that came out of this panel were the role that employment plays in normalising disability, the lack of inclusivity in training opportunities, and the reminder that being visible is a giant tool in shifting the debate forward.

What does inclusion mean right now?

Houbolt said she was opposed to the word inclusion, ‘because it implies that we need to be included somewhere else.’

However, from an organisational perspective, Danielle Gullotta (Access Programs Producer at the Art Gallery of NSW (AGNSW)) said she interpreted inclusion as opportunity.

‘It speaks to pathways in the arts – mainstream opportunities for public facing events on an equal platform to all other artists – we need more of that,’ said Gullotta.

For panelist Jack Dowdell, a filmmaker and screenwriter, and recent recipient of a Create NSW Createability Internship, inclusivity as a practicing creative was all about employment.

It was a point echoed by Kate Hood, an artist, actor, writer, theatre maker, and Founder of Raspberry Ripple Productions. She set up RRP because there was ‘a great big hole in the mainstream for a disability-led theatre.’

‘I am still saying the same things I was saying in 2012; not that much has really changed, especially in the performing arts.’ Kate Hood

Hood prefers to run with the term disability-led rather than inclusivity. ‘I believe that until we have disability artists leading other artists, things are never going to change. I am still saying the same things I was saying in 2012; not that much has really changed, especially in the performing arts.

‘They are also going to be seen as troublesome – they demand things – a deaf person demands an Auslan interpreter. When I was working on Neighbours I had a buddy to open doors for me, to hand me a fork in the cafeteria – the point I make is if the world is only designed by able-bodied people it can not be inclusive, and that includes the arts.’

Installation view Thom Roberts at Carriageworks, for The National: new Australian art (2019); image courtesy the artist and The National.

One of the key issues the performing arts sector faces is access to education and training for artists with disability.

Hood said: ‘Disability artist are siloed away, and we make work that is often only seen by other disability artists. There is no understanding that an artist with disability could actually be a leader, or a mentor to a non-disabled artist, for example. It is that “less-than thing” again. The attitudinal barrier has to change first.’

‘For me it’s things like the MEAA (the union for actors and journalists) … has not yet done a Disability Action Plan. That is a huge barrier. How on earth can they possibility represent the interests of artists with disability, if they don’t do their own work?’ she said.

She is of the firm belief – shared with the others on the panel – that we need to have quotas at drama schools and other training institutions. ‘We have to get people in here [our schools] with lived experience to add to our expertise,’ Hood concluded.

Gullotta said: ‘To have inclusion you have to have employment.’

As a recipient of Createability program, Dowdell said of the experience: ‘I was able to validate my skills that I had learnt through my studies, in an environment that I had trained for.’

Gullotta used the exhibition The National – new Australian Art, currently showing across the AGNSW, Carriageworks and the Museum of Contemporary Art – as example of how a shift in the mindset of the gatekeepers creates opportunities. Artists Fayen d’Evie and Thom Roberts were selected in a national search and included with equal footing.

‘Creative producers, director, curators – they are the gatekeepers; growing their awareness is important. It is the creative leader, who in the end, has the power to shift the landscape,’ Gullotta said.

He added: ‘Nothing will happen because it is outside the ablest community’s comfort zone.’

Turkic pointed to the example actress Ali Stroker, who was the first in history to be nominated last month for a Tony Award as a wheelchair user, for her role in Broadway’s Oklahoma!, currently running at the Circle in the Square Theatre.

‘We have Keith Robinson here, a wheelchair user and NIDA graduate, who played at Belvoir Street Theatre [in their 2016 Twelfth Night production]. We need those good examples,’ he added.

‘The recent production of the musical Spring Awakening had deaf actors signing and singing with non-deaf actors in a commercial production on Broadway (2015). Why don’t we do that here – because we have our ableist-bodied glasses on, and people with disability are largely invisible to this industry. You fight by ringing your local member by getting them along to projects, by making good projects that will address the problem, by quotas,’ concluded Turkic.

Hood’s solution is simple but vast: ‘We need to become a movement – the disability-led movement needs to exist in Australia. We have a Prime Minister who has just taken 1.6 billion dollars out of NDIS [National Disability Insurance Scheme], which is a great support to artists.’

Both Hood and Houbolt said that there is no way they could be freelancing as artists without the support of the NDIS.

They both make that point that when it comes to employment, one of the problems faced with authentic casting are the costs involved for disability inclusion.

‘It is about access requirements – the per diems, the travel, the helpers,’ said Houbolt. Hood added that it is also incredibly difficult to tour a show with a cast of disabled artists.

These, among other realities, remain huge barriers to access and equality within the employment realm for artists with disability. While some organisations are preparing Disability Access Plans, the feeling on the panel was that unless quotas are imposed, they will always be facing that financial barrier and limitation.

SAMAG (Sydney Arts Management Advisory Group) is a not-for-profit organisation that was formed by a number of arts professionals in 1991, and holds monthly seminars on trending topics in the arts.