Bridgerton would have brimmed with syphilis

For the 20% of society contracting the STI in 19th-century England, there was generally no hope of recovery.
The Conversation 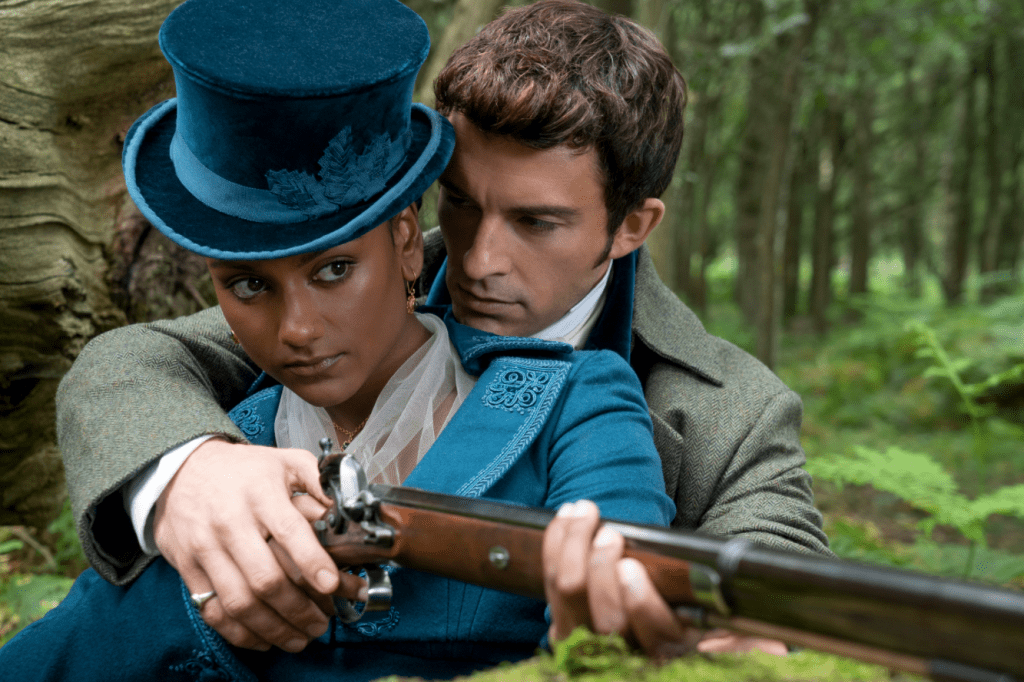 There was no effective cure for syphilis until the beginning of the 20th century. Image: Colin Hutton/ Netflix.

The success of Netflix’s Bridgerton is owed to many different factors: an addictive storyline, inspired casting choices, a dazzling costume design … and, of course, the fact the show is incredibly sexy.

Bridgerton has finally satisfied an ongoing craving for historical romance (and borderline erotica) which has existed since Mr Darcy’s wet-shirt moment in the 1995 adaptation of Pride and Prejudice.

But how sexy would Bridgerton have been in real life?

The show is set in the early years of the 19th century, placing it in the middle of the Regency period and towards the end of the Georgian era. Around this time, it is estimated one in five Londoners would have had syphilis (or ‘the Pox’) by the age of 35.

If this number isn’t already shocking enough, historians also estimate the number who contracted gonorrhoea or chlamydia was far higher. According to historian Professor Simon Szreter:

The city had an astonishingly high incidence of STIs at that time. It no longer seems unreasonable to suggest that a majority of those living in London while young adults in this period contracted an STI at some point in their lives.

There was no effective cure found for syphilis until the beginning of the 20th century, meaning if you happened to fall within the unlucky 20% of society, there was generally no hope of recovery.

The drama of the recently released season 2 of Bridgerton primarily revolves around the love interest of the eligible Viscount Anthony Bridgerton and the spinsterly Kate Sharma. However, their enemies-to-lovers romance is complicated by Anthony’s intentions to court the Queen’s favourite and Kate’s younger sister, Edwina Sharma.

Kate’s initial objection to the match concerns Anthony’s objectionable personality – and rumours of his licentious past. With the prevalence of syphilis at the time in mind, Miss Sharma is rather well justified in rejecting her sister’s match on the basis of the Viscount’s libertine history. As a titillating montage at the beginning of the first episode reminds us, Anthony regularly employed sex workers to help him blow off a little steam at the end of the day.

Brothels and other forms of sex work were prolific across England during this time, commonly referred to as ‘the great social evil‘. Brothels which catered to higher members of society were generally run by women to the west of London, whereas the bawdy-houses of the East End tended to be run by men.

By the mid-eighteenth century, it was estimated 50% of London’s brothels were operated by women. Brothel Madams were generally considered to be more tactful when it came to dealings with clients; frequenting these establishments was something that Lords (and, in some rare cases, Ladies) would regularly do, yet not something that should be spoken of in polite society.

As may well be expected, the spread of syphilis and the popularity of these establishments were not entirely unconnected. Admission records of London’s hospitals and workhouse infirmaries show the disease was particularly rife among young, impoverished, mostly unmarried women, who used commercial sex to financially support themselves.

With no effective treatment available for the Pox, those afflicted were often prescribed mercury as a treatment (which, with the privilege of our modern worldview, we know to be just as detrimental – if not worse – than untreated syphilis). This led to the popular saying from the period: ‘A night with Venus, and a lifetime with mercury.’

For this reason, it was common for members of high society, such as Anthony Bridgerton, to have a more exclusive arrangement with a chosen mistress (or mistresses). This arrangement allowed Lords to minimise their risk of infection without forfeiting this favoured pastime.

Prevention is better than a cure (and also doesn’t exist)

It wasn’t just a cure for STIs that was lacking, but also preventative methods. While condoms did exist, they were not anywhere near as widely accessible, encouraged or effective as we know them today.

One of the major proprietors of condoms within London (particularly for sex workers) was the infamous Mrs Phillips, who held a shop in Leicester Square. These were made of sheep and goat gut, pickled, and fashioned by hand on glass moulds by Mrs Phillips herself.

While certainly better than nothing, the material by which these condoms were made meant that they were generally prone to breaking (and certainly not a sexy addition to any licentious affairs).

It would not be until the 1910s that the first effective treatment for syphilis was discovered through the development of the drug Salvarsan. Until this stage, mercury remained the primary treatment for the disease. By the 1940s, a safe and accessible cure was established with the production of penicillin.

While Bridgerton is not limited by the often strangulating bounds of historical accuracy, it is rather fascinating to consider the dirtier environmental factors that did impact this world of balls and fine fabrics.

Esmé Louise James, Doctor of Philosophy, The University of Melbourne