Between hope and threat, children’s television takes advantage of sales

As ACTF head Jenny Buckland emphasises, the sector is adaptable, is attracting new creators and sells well. It has everything going for it – sort of.
David Tiley 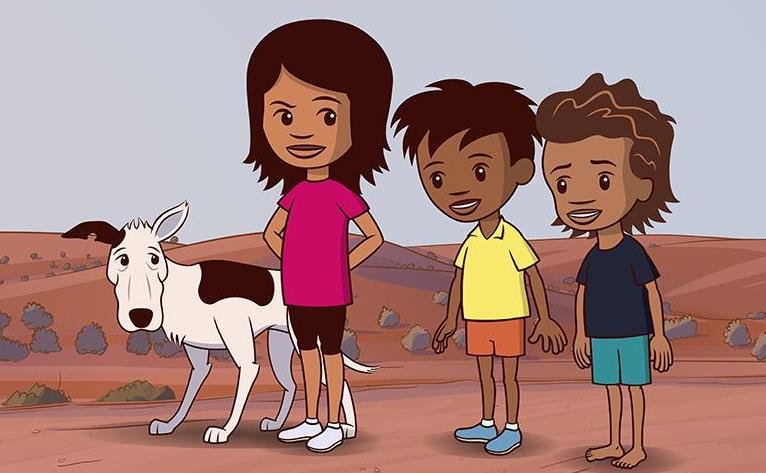 Like everyone else, the Australian Childrens Television Foundation reacted to COVID-19 by scattering into remote working.  CEO Jenny Buckland and her team settled down to deal with the immediate logistical problems. Their live action shows were put on hold, and they had to work out what to do without the traditional festival markets.

On top of that, the commercial free-to-air sector continues to undermine the very idea that it has a role to play in commissioning Children’s television in Australia. Everyone is now working with a huge cloud of uncertainty about who will commission next year, and how much.

The ACTF joined the other financing organisations in the famous pivot to development. ‘We went to monthly rounds with script development and invested in quite a lot of shows. Some really terrific stuff is now now in development which hopefully one day might be pitched by producers to broadcasters.

‘But the sales team and the education team were just thinking, “Oh gosh, how do we make this work from home?” They were really energetic and focused.

‘We all had to move so quickly,’ Buckland remembers, ‘but everybody knew there was a lot of energy around education, and there was definitely a sense that we had something to offer there.’

As schools moved to remote learning, the ACTF built packages around science, TV shows like The Unlisted, Are You Tougher than Your Ancestors and even My Place, now 13 years old but still compelling.

The ACTF is constantly dealing in the major markets, but these have collapsed as physical entities. At the same time, there is increased demand for product. Little J and Big Cuz, made by Old Dog Pictures and Ned Lander Media for NITV, has been an international sales success for the Foundation.

“Our international sales team have been at the ACTF for a very long time,’ Buckland says. ‘So they have very wide relationships around the world and they were able to reach out to their contacts. It’s very personal.’

Since the beginning of this year, the ACTF has made 31 sales, including the venerable Yolngu Boy and the first two series of Round The Twist. Nordic Entertainment in Holland has bought a format option for Are You Tougher Than Your Ancestors, while First Day has made seven sales from Finland to Taiwan and the UK. Mortified and My Place have been re-licensed to the ABC, Little Lunch is on Netflix in the UK and Ireland, Hardball has a solid sale to France, while Kudos has bought a format option for Girl From Tomorrow in the UK.

However, there is a cumulative problem going forwards, because the ACTF will also need a slate of new titles to distribute. There can be plenty on the slate, there is an insatiable demand for live action shows for young people, and an appetite for energetic but positive programs in tough times.

Meanwhile everyone waits for the federal government to take a position. Will the FTAs ever commission in this space again? Will the government broadcasters become the only viable door?

On the positive side, Buckland is noticing that highly skilled younger creators are eager to work in kids TV. ‘I think because younger practitioners are seeing the work that Gristmill, and Tony Ayres with Nowhere Boys and some of the other companies have done, and recognising they are creative and doing great work. So there’s certainly a lot of new players that want to get into the kid space.’

The ACTF has a long history and can track changes in the sector over decades. Now Buckland is noticing that the sector is becoming more versatile. Sticky Pictures, for instance, was firmly branded to the kids space around 2011, but has branched out to shows like Sammy J and Randy in Ricketts Lane and Ronny Chieng, International Student.  Are You Tougher Than Your Ancestors has a young audience, but it is basically a live action factual. Suzanne Ryan at SLR Productions is strongly based in animation, but has taken that from television into daytime feature films for young kids, and Space Nova has an edge of real science.

Children’s television is a very attractive proposition for the Australian government. It transmits positive messages about our way of life in the softest of soft power, and has genuine social utility. It is a sector with mature companies with excellent experience in global production, partly because it is based on animation, which is so easy to co-pro compared to drama. It is even adapted to low budgets. So the sector has good reason to think it will flourish in the future, but it will do better with proper support across the local broadcasting landscape.