ABC takes another battering as we are distracted by the plague

Just as the ABC announces another brutal round of cuts, it releases an expansive five year plan. Something doesn't fit.
David Tiley 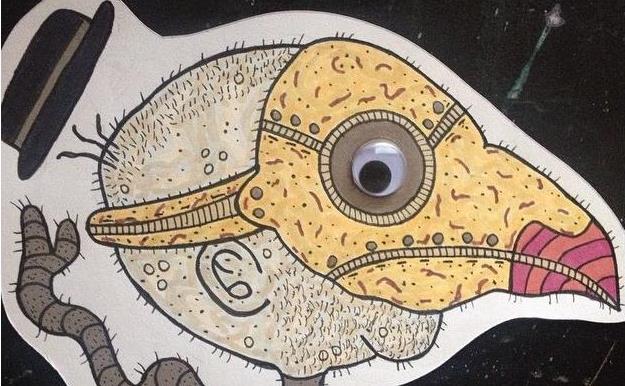 It’s plague upon plague for the screen sector. Image: Flickr

If you could be arrested for assault and battery of a government corporation, the Morrison Government would be in jail right now.

The attack on the ABC has been making headlines, not least on its own news site. 250 jobs will go. Sorry, 250 more jobs to go. There is an $84 million budget cut. These articles must have been tough to write for ABC staffers even though the numbers have been crystal clear since 2018.

To the horror of the already stressed independent sector, ‘Spending on external and independent television productions will be cut by $5 million a year’.

According to Screen Producers Australia, ‘The cuts will result in overall decreases to production of between $10 and 15 million per year and result in hundreds of job losses in the production industry. They come off the back of significant budget reductions since 2014, estimated to be worth $783 million by the end of the current triennial funding period in 2022.’

Given that the ABC license fees and investments are only part of the production budgets, the SPA numbers seem conservative as the capacity to co-invest in productions internationally is weakened. However, the ABC has also said that it will attempt to protect the drama and children’s output and concentrate the nastiness on factual and entertainment.

Minister Fletcher approved of the cuts, while he acknowledged ‘some of the environmental issues’ which the ABC faces, including some structural issues in our media.

The cuts themselves are around 10% of operational funding, though Fletcher keeps describing the ABC as having a substantial budget. The ABC Managing Director acknowledged that the cuts would flow through every division of the organisation; indeed a wave of redundancies is already in train.

Cutting the 7.45am news bulletin is devastating. As is cutting half of the staff at @abclifeau which is full of brilliant young journos. One of the worst cuts is the 25% reduction to the ABC’s travel budget which will make it much harder to cover this vast country #ABCcuts https://t.co/IYxY3pKTzT

Breaking: We are losing up to half the ABC Life team as we rebrand as ABC Local.
It’s devastating news and the details are unclear right now, but what I know for sure is I’m really proud of what we’ve built, telling diverse stories the ABC has never told before.

These two remarks tell us so much. The news bulletin is the key morning bulletin, and ABC Life is the centre for new talent and diversification.

So far, according to ABC federal political reporter Jane Norman, the ABC has 70 jobs going from news + investigations, 19 from regional and 9 from ABC Life. A shift towards on demand radio helps to explain the loss of the news bulletin.

Meanwhile, the CSIRO has some grim news too:

The Community and Public Sector Union says that 40 positions cut this week at the CSIRO bring total jobs shed at the organisation to 619 this financial year, blaming the Average Staffing Level Cap and funding cuts.

The positions were from the CSIRO‘s energy team, including engineers and scientists, and across four sites. It would possibly affect work in upstream oil and gas, low emissions technology, and carbon capture…

The average staffing level cap was announced in the 2015-16 federal budget, aiming to keep the general government.

This is a generalised assault on the society’s capacity to think.

At the same time as these grim details play out, the the ABC presented its first ever five year plan to the nation. The ambition crackles with defiance.

‘With this first-ever Five-Year Plan, the ABC will accelerate its transformation from a traditional broadcaster to the nation’s most trusted and valued digital content provider: it will be more accessible to Australians than ever before.’

That sentence headlines the Five Year Plan at a Glance document.

The ABC refers to the collapse of news diversity, to the loss of local news ecosystems. It points squarely to the ‘decline in democratic confidence’ – ‘the erosion of faith in the efficacy of democratic institutions, leaders and processes around the world, including a decline in trust towards media organisations’.

It dramatises the increasing cultural diversity of the Australian public, the need for online delivery, and its role in fighting bushfires and COVID-19. It is loud and clear on the need to educate its own workforce and future generations of communicators, a responsibility which has been a prayer across the whole sector for a looong time.

It is as if the ABC is embedding itself more clearly in utilitarian value as a tool of social cohesion and shared understanding than it has been game to say for some time.

It looks as if the ABC’s approach is dominated by news and current affairs, as if Auntie is fundamentally a journalist’s organisation.

It’s priorities are described as:

Deliver personalised digital experiences – provide services on relevant digital platforms that are free, reliable and easy to use and that promote personalisation.

Remain Australia’s best and most trusted source of news and information – uphold the highest editorial values and provide the best public interest journalism, coverage and information to strengthen our democracy.

Strengthen local connections – listen to audiences in all communities and provide the content they ask for.

Prioritise quality over quantity – utilise resources and commissioning power to deliver the highest quality content. Invest in the workforce of the future – develop creative, diverse, well-trained and innovative employees and teams to serve our audiences.

Be creative, flexible, efficient, and accountable – deliver against our Charter, while always working efficiently to identify savings and reinvestment opportunities.

Of most interest to the independent sector is this:

‘Telling Australian stories across genres and perspectives is our priority. Working in an increasingly challenging media environment, amid floods of international content, we will strive to stand out as Australia’s inclusive voice.

‘We will tell compelling stories in drama, comedy, education and entertainment that shape and reflect our national identity. Our high-quality journalism, and the conversations it starts, will set us apart.’

The full report has two references to the independent sector; six references to drama; 15 to children’s content, 20 to education, 24 to radio, 60 to digital,  62 to local, and 111 references to news. There are only three references to current affairs so this is a pretty rough indication of priorities.

Are we in a fool’s paradise?

How much of this is possible with the cuts?

The ABC has committed to carnage in news and current affairs, followed by factual and entertainment. It claims that 75% of its staff will be out of Ultimo by 2025, but has cut travel budgets. ABC Life, which is treasured by some inside the ABC as we have seen, is being halved.

Clear purpose is always useful. Even more if it creates an identity which fits our intuitions. But words are words without money, and change is a fudge if it happens for free.

The Eden-Monaro by-election is on 4 July.