A Brief History of Invisibility in Film

Invisibility is divisive. Would it bring out the best in you, or bring out your darker urges? Marc Longenecker takes a deep dive into the history, and allure, of this superpower on film.
The Conversation 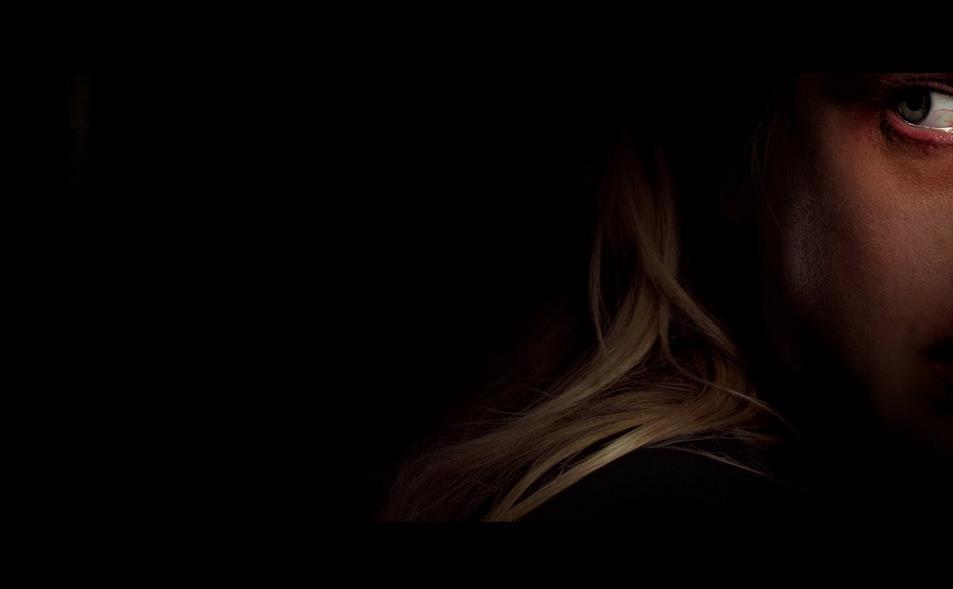 As a film professor who studies adaptations and series, I’m most interested in the versatility of these invisible characters. They can star in cautionary tales or embody underdog heroes; they can act as vessels for social critique or vehicles for masochistic power fantasies.

This alluring fantasy has long been fodder for filmmakers, many of whom have taken cues from the eponymous character in H.G. Wells’ 1897 novel, The Invisible Man.

First adapted to the screen in 1933, the invisible man (and his descendents) appeared in six films from 1933 to 1951. Now, he’ll be making his latest screen (dis)appearance in a film directed by Leigh Whannell. This iteration takes a horror-movie tack: Its protagonist, played by Elisabeth Moss, is harassed by an ex who has faked his own death. But beyond The Invisible Man franchise, the concept of invisibility has inspired a raft of movies over the decades.

The mechanics of invisibility

For almost as long as people have been appearing onscreen, they’ve been disappearing. French illusionist and experimental filmmaker Georges Méliès was one of the first to toy with the concept of invisibility. Using hidden cuts, he would create the illusion of a character vanishing into thin air.

Universal’s 1933 “The Invisible Man” was the first official adaptation of the Wells novel. Depicting an invisible character over the course of a film was no small task. But director James Whale came up with ingenious solutions that other filmmakers would later mimic. 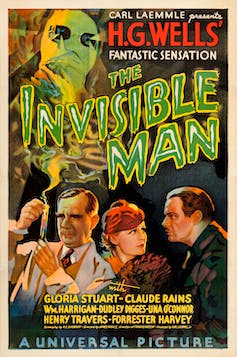 The original adaptation of H.G. Wells’ ‘The Invisible Man’ featured the iconic costume of sunglasses and a wrapped head. Image via Universal Pictures

The costume Whale created – a bandaged head, dark glasses, overcoat and gloves – became the default way to represent an invisible character on screen.

When the invisible character isn’t wearing the costume, props manipulated by wires or unseen hands would signal his presence: a bicycle rolling down the street, collapsing cushions and rocking chairs. The invisible man also, helpfully, talks a lot.

Amazingly, all of this was done without green screens or CGI. To create the effect of invisible body parts in scenes where actor Claude Rains is wearing a suit and hat, Whale had Rains wear a black velvet suit and be filmed against a black velvet background. The filmmakers then used this footage to composite the actor’s props and costumes into the rest of the scene, making him appear invisible within the space.

The many faces of invisibility

More and more films would go on to explore the power of invisibility. But it never came to serve any one specific purpose.

H.G. Wells had script approval over the 1933 version, so it remains relatively faithful to his original work. Like the novel, the film is about a loner scientist who chooses to test an invisibility serum he’s developed on himself – only to realize he can’t reverse the effects.

Wells’ invisible man is an anti-hero; despite a gradual slide into violent megalomania, we’re supposed to see a tragedy of scientific ambition – and its effect on someone who loses self, soul and life in pursuit of progress.

But starting in 1934, increased enforcement of the Motion Picture Production Code encouraged films to be written with a clearer moral framework. So subsequent studio-era versions tended to couch invisible characters as victims who wielded the power of invisibility to right a wrong.

For example, in 1940’s The Invisible Man Returns and 1951’s Abbot and Costello Meet the Invisible Man, sympathetic scientists turn wrongfully accused men invisible so they can escape capture, discover who framed them and clear their names.

In Invisible Agent, a descendant of the original invisible man agrees to distribute the invisibility serum to the U.S. military to help combat the Nazis. Working in service of Hollywood’s propaganda goals, this is the most overtly heroic version.

1940’s The Invisible Woman, on the other hand, addresses wider social injustices. It tells the story of a frustrated working girl who answers a kooky inventor’s ad and agrees to test-run his invisibility machine. It works – and she immediately decides to exact revenge on her cruel boss, spooking him with her disembodied voice and threatening him until he agrees to enact better working conditions.

This film offers a variation on another recurring scenario in films that feature invisible characters: The disembodied voice of the invisible hero lectures a bewildered, frightened antagonist, assuming the voice of someone’s conscience, a ghostly judge or a voice of God.

In a way, she gives voice to everything an audience might fantasize about saying to a belittling authority figure, whether it’s a boss, policeman or teacher.

A return to cynicism

As time goes on, films featuring invisible characters swung back towards exploring the slippery slope of granting people this superpower.

In The Invisible Man’s Revenge, the psychologically damaged protagonist wants to exact revenge on former friends he thinks have cheated him. As luck would have it, he conveniently stumbles upon a mad scientist willing to lend him a hand. Yes, he ends up being felled by a heroic dog, but the film nonetheless creatively imagines the horrors of power in the wrong hands.

More recently, 2000’s Hollow Man has a title that suggests both the literal and symbolic effects of invisibility. Its invisible lead is an arrogant, entitled scientist who – like Wells’ protagonist – experiments on himself. But as he explores his powers of invisibility, he indulges himself in increasingly violent ways. Director Paul Verhoeven is known for his lurid, often vicious social critiques, and Hollow Man is no different: Key scenes are shot from behind the eyes of the power-mad invisible villain as he prepares to sexually assault a neighbor, forcing viewers to uncomfortably consider their identification with the predator.

In a sign that times continue to change, the invisible subgenre’s 2020 entry contains a timely social critique. Rather than indulging viewers in a power fantasy, the perspective shifts back to the victim. As she attempts to convince others that her abusive ex is still alive and harassing her, it isn’t difficult to sense cultural undercurrents of toxic masculinity and society’s unwillingness to listen to victims.