I, Daniel Blake is a beautiful and uncompromising triumph from veteran director Loach.
Liza Dezfouli
[This is archived content and may not display in the originally intended format.] 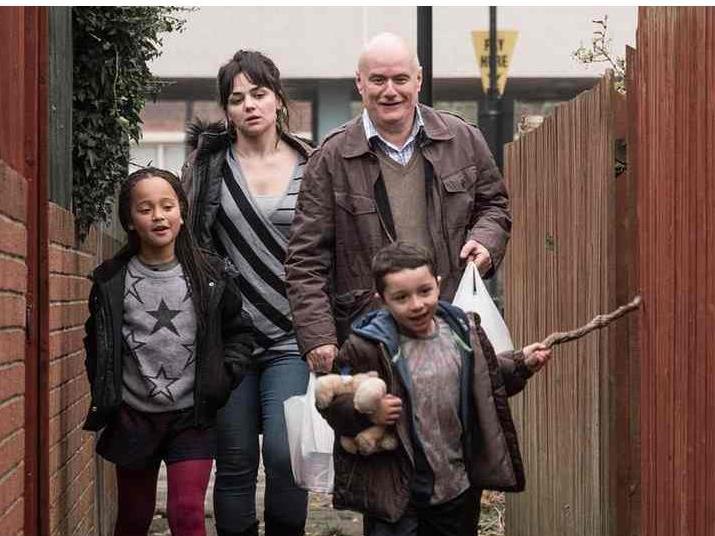 I, Daniel Blake winner of the Palme d’Or at the 2016 Cannes Film Festival. Image via BBC Films.

UK film director Ken Loach, now 80, has always worked with stories from outside the mainstream. His latest film, I Daniel Blake is the winner of the Palme d’Or at the 2016 Cannes Film Festival. This is a film which remains unapologetic for delivering a direct message; capitalism fails the majority, favours the few, and survival is increasingly difficult for the underclass. All is laid out here: the events in the life of Daniel Blake (played by stand-up comic Dave Johns) paint a picture of how his forthrightness makes for disastrous strategy when it comes to dealing with the UK social security system (the Department for Work and Pensions).

The opening of I Daniel Blake has the film credits playing over a dialogue, an amusing interview between Geordie widower Blake, who’s been advised by his GP to take a break from work after a massive heart attack, and a DWP worker in the process of assessing him as being fit for work. The effect of this is comical but the interview foreshadows the double-bind Blake finds himself in when trying to appeal the decision later. Before 1998 social welfare benefits in the UK were administered by the Department of Health and Social Security, nicknamed ‘the Department of Stealth and Total Obscurity’ – some things don’t change: 30 years on I Daniel Blake  throws a spotlight on the  bland uncaring face of entrenched bureaucracy where nobody can say exactly who ‘the decision makers’ are.

Screenwriter Paul Laverty conducted interviews amongst the unemployed and job seekers in order to create this simply told story. The film is beautifully rendered in unambiguous scenes which build up to no less than a matter of life and death in the developed world. Blake is a skilled carpenter, unsophisticated, handicapped by his lack of familiarity with technology; his frustration when applying for benefits online will resonate with older viewers.  The humour associated with his attempts  to work on a computer is delivered in a minor key. Blake is no victim, however; faced with static elements of an uncaring and unfair system, he fights back.

Blake befriends young single mother Katie (played by Hayley Squires, herself an actor from a working class background who has spoken out against the stereotyping of female characters struggling with poverty in film) and her children; Blake becomes a family figure and teaches the kids how to whittle. Katie has been forced move from London to Newcastle simply in order to find somewhere affordable to live. Here’s an incredible performance from Squires of a woman reduced to an excruciating level of vulnerability, degraded by poverty, yet who is a determined survivor and protective mother.  Katie and Daniel are believable characters, not idealised, not self-pitying, not mouthpieces. The friendship between Daniel and Katie and her children plays out as a kindhearted connnection. I Daniel Blake is a memorable and important film whose art lies in the direct storytelling, rather than in symbolism, subtext or aesthetics.

If you enjoy I Daniel Blake (and it would be hard not to),  there’s a short film from the UK on the same theme, The Mass of Men by Gabriel Gauchet (awarded at the Locarno and San Sebastian film festivals); well worth seeking out to view as a companion piece.

Rating: Four stars out of five

BBC Films and BFI present A Sixteen Films, Why Not Productions and Wild Bunch Production

I, DANIEL BLAKE screens as part of the BBC First British Film Festival, taking
place at across various dates nationally from 26 October – 16 November​