Enthralling with affectionate observation, The Volcano never feels anything less than a product of the people it captures.
Sarah Ward
[This is archived content and may not display in the originally intended format.] 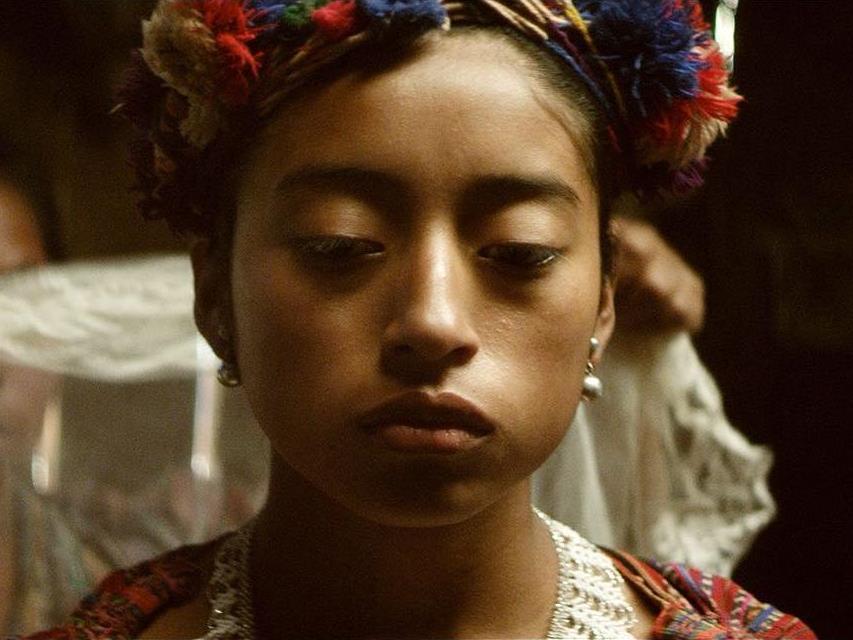 That a film called The Volcano lingers on its precipice is far from surprising, nor is the frequent presence of its constant threat within the feature’s frames. The active Ixcanul looms large over Jayro Bustamante’s debut, rarely allowed out of seeing or hearing distance. Its towering mass provides the movie’s backdrop; its perpetual showers of smoke waft over the screen; its low rumbles and grumbles add menace to the soundtrack.

It’s a stunning sight to behold, majestic in its size and ominous in its ashen soil, as the camera patiently makes plain in primarily static, detailed shots. The film lingers on both the beauty and the terror of its setting, dwarfing its characters in its overwhelming bulk time and again – and yet, The Volcano worries not about the ever-present possibility of eruption. Instead, its sensory experience is concerned with another upsurge, bubbling away in a Mayan teenage girl. The parallels soon become clear as she attempts to traverse the rocky path to maturity, and soon prove similarly explosive.

Maria (María Mercedes Coroy) is on the cusp of womanhood, and of being married off to the foreman (Justo Lorenzo) of the coffee plantation her mother (María Telón) and father (Manuel Manuel Antún) work on; however the stirrings she feels are directed towards another. In oft-drunken labourer Pepe (Marvin Coroy), she sees a future far away from her homeland, with the pair planning to run away to America. Their bond is an alcohol-fuelled conquest at best, though that doesn’t preclude Maria from placing all her hopes with her unreliable suitor.

After stepping through the young woman’s modest life in a mountain-side hut without electricity and running water, The Volcano concerns itself with the consequences of her actions, pregnant with trouble in several forms. It is here that the damage of the onset of Maria’s femininity and sexuality wields its full power, and where the feature’s other thematic concern emerges: the fading away of traditional culture, the incursion of modernity, and the uncomfortable relationship between the old and the new.

Indeed, though Bustamante’s film follows a conventional and simple narrative arc, laden with the symbolism of its environment as it is, it also enthrals as an ethnographic exercise. The specific sights of the region and the customs of the Kaqchikel Maya are paid avid attention, delving into a place and a culture rarely spied by outsider eyes. There’s no trace of exoticism in detailing their routines, only of affectionate observation, with the filmmaker returning to the area of his own youth. The realism that flows through the movie also stems from his collaborative process, compiling his tale from workshops with locals.

In fact, The Volcano never feels anything less than a product of the people it captures, the ebbs and flows of their tentative predicament conveyed with empathy and authenticity. Bustamante doesn’t just show their stunning surroundings with a steady gaze, offering a stylistic departure only when the story demands it, but delves into the minutiae of their everyday existence. The performances he guides out of his first-time cast aid his endeavour, none more than his restrained yet expressive leading lady. There’s a reason that his movie opens and closes with her face, another largely still site that could betray its calmness at any moment.