A beautiful coming of age story set in the remote mountainous area of Argentina's Sierra Cordoba.
Liza Dezfouli
[This is archived content and may not display in the originally intended format.] 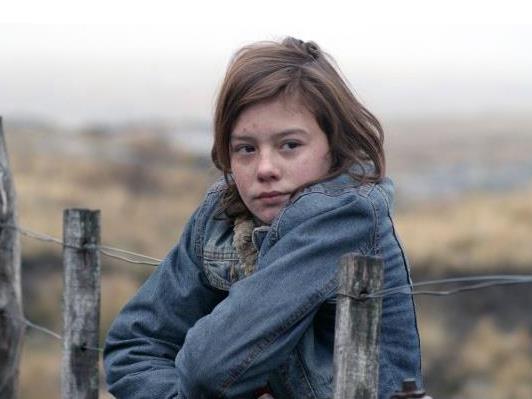 Natural Sciences is a debut feature film from Argentinian writer and director Matias Lucchesi and co-writer Gonzalo Salaya. The film, winner of the Generation Kplus Grand Prix at last year’s Berlin Film Festival, is well in control of itself and its measured storytelling, allowing a relatively limited narrative unfold at a gentle but emotionally satisfying pace.

The feature is impressing international film festivals, not least because of the wonderful portrayal by young actor Paula Herzog of a 12 year old girl, Lila. Lila is preoccupied with one thing – she wants to find the father she’s never known. She has almost no information about the man, apart from the fact that he came by her mother’s truck stop in a small town (Arroyo Manso) in remotest Argentina to fix their TV antenna. Lila doesn’t even have his name, but this isn’t going to stop her trying to find him.

The film begins with the onset of Lila’s first menses, introducing the theme of her maturing as a character. Lila has few expectations of her father should she find him; she’s simply determined to do her best to meet him face to face. She runs away from boarding school, first trying to escape on horseback and then in her teacher’s car. Finally, her teacher, Jimena (Paola Barrientos), understands that Lila isn’t going to give up and a few white lies later, the girl and the woman set off on a road trip, one which seems unlikely to prove successful. They track down a contender, a man called Puma (Alvin Astorga) who worked for the antenna company and was around Arroyo Manso at the right time. At first he’s not interested in either of them but when Lila insists on cooking for him up he allows them into his world. Their journey, however, is not yet finished. A later character with even less to say, but whose brief appearance is full of feeling, is the welder, played by Sergio Boris.

In a restrained and understated way, the dignity and generosity of Lila, even though she’s so young, is poignantly contrasted against the small sad lives of the men she meets, men who’ve fathered children they never bothered with. As Lila and Jimena come to trust each other more, Jimena starts so soften and we get a sense of loss in her own life; the deepening of the relationship between Jimena and Lila as they travel together, negotiating disappointments and small triumphs, is one of the film’s quiet treats.

Camera work, by Sebastian Ferrero, involves many long shots of the bleak and wild landscape of the Sierras de Cordoba mountain range. You can almost feel the cold wind in the treeless rocky surrounds. This world feels very far from anywhere but by the end of the film you’re confident that Lila will take her place in it, as a young woman with a strong sense of self and of her own values. Wonderful storytelling