The very definition of a three-hander, it follows that The Infinite Man highlights a cast tasked with plenty and delivering more.
Sarah Ward
[This is archived content and may not display in the originally intended format.] 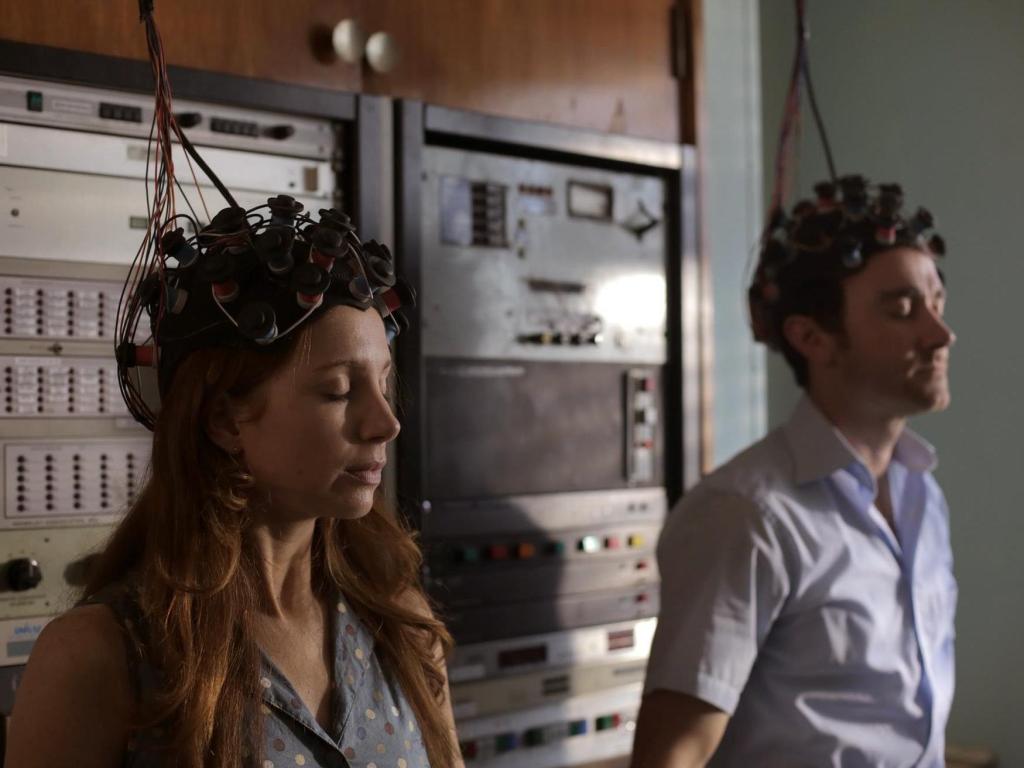 ‘I know you’re here with someone else, but does he make you happy?’ Dean (Josh McConville, Tim Winton’s The Turning) asks, more to the memory of the love he had with Lana (Hannah Marshall, TV’s Packed to the Rafters) than to her as a person. They once went on a weekend getaway for their anniversary, repeating a pleasant trip from a year prior, only to be unenthused by the abandoned property that greeted them and interrupted by Lana’s ex-boyfriend, Terry (Alex Dimitriades, The Slap), who tagged along. When the situation resolved with Dean left unhappy and alone, his scientific mindset and obsessive personality saw him tinker with time travel to rekindle their connection.

In Hugh Sullivan’s fun, funny and aiming to be just a little unfathomable debut feature, The Infinite Man, Dean experiences the two extremes of temporal tampering: getting to fix former mistakes, and becoming stuck in a loop of his lowest point. Thanks to a device he designed to enable them both to relive what was supposed to be a memorable celebration of their love, he circles through the same situation again and again. And so do other Deans and Laras, various incarnations springing into the scenario as past, present and future versions all in the same moment. Unorthodoxy reigns, as does jealously, all in the pursuit of passion and perfection.

Much of The Infinite Man feels familiar, from reliving specific circumstances as per Groundhog Day, to erasing amorous mis-steps akin to Eternal Sunshine of the Spotless Mind, parallels clearly intended. Rather than illustrate the tired nature of the frequently used premise, or embody a lack of creativity, writer/director Sullivan uses all that the audience has already experienced in depictions of time travel to toy with the oft-used idea and its paradoxes to crafty effect. Similarly, the film’s romantic comedy status is never forgotten, the filmmaker once again making a game out of the recognisable and conventional. Clichés and corniness typically seen within the genre get the same treatment, used with glee as they’re moulded into a meaningful statement about relationships highs and lows.

It all takes place within a single setting, making Sullivan’s work one of aesthetic control – not to mention technical trickery. Earthy reds and blues of an outback locale colour visuals that weave in and around the same dusky rooms and barren exterior, a comfortable, coaxing palette and place to embolden narrative and thematic mischievousness. Whereas the scenery and styling enable the puzzle to come together in warm and cosy confines, the camerawork is conversely beholden to it. Playing with perspectives and vantage points within a contained space is smartly achieved by cinematographer Marden Dean (Fell), both showing and hiding all that the viewer needs to know.

The very definition of a three-hander, it follows that The Infinite Man highlights a cast tasked with plenty and delivering more, especially McConville in the lead. Radiating personable, downbeat charm, he glides from hopeful to harried as he acts out the many states of a man so in love that he is willing to manipulate time and space to cement contentment. His performance, like the film itself, offers a complex but never convoluted interweaving of ordinary components clever in their combination. The message they rest on may do the exact opposite; however it also embodies the film in perhaps its ultimate enigma, showing how complication can beget simplicity to truly garner an ideal outcome.