Think you know Japanese cinema? Now in its 23rd year, the Japanese Film Festival will entertain and educate by reviving the old and introducing the new.
Anthony Morris 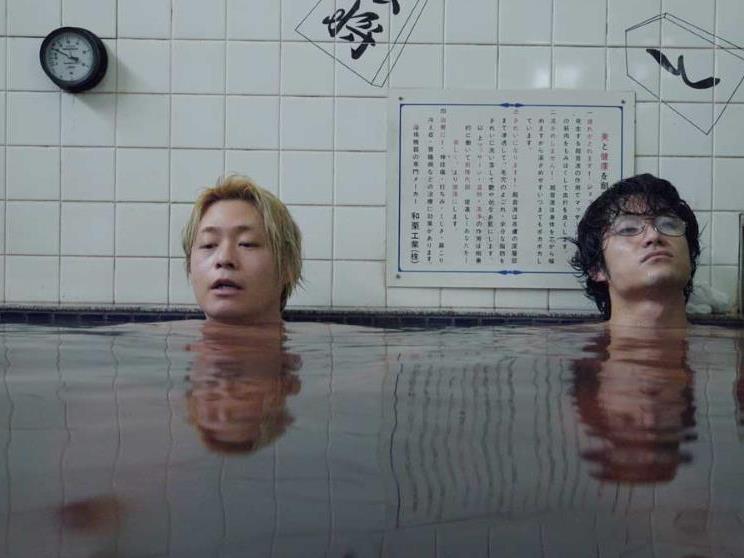 The Japanese Film Festival (JFF) is determined to show Australian audiences that there’s more to Japanese film than monsters and manga adaptations.

‘What we’re looking at this year is new perspectives,’ said Anne Lee, Programmer at the Japanese Film Festival. ‘Our festival is really important for bringing over films that would not actually be screened in Australian theatres, it’s all about highlighting the broad range of what Japanese cinema has to offer.’

Presented by The Japan Foundation, Sydney, JFF started in 1997 with just three film screenings and is now one of the largest celebrations of Japanese films in the world. Last year the JFF attracted an audience of 30,000 Australia-wide and this year it has lined up 45 films ranging from 35mm classics to new releases currently screening in Japan.

‘Our attendance rate has been increasing over the past few years,’ said Lee. ‘And because the film festival has been running so long, we’re able to see people coming back every year. People are definitely getting more and more interested in seeing the wide variety of Japanese films out there.’

Guests at the fest

One of JFF’s big drawcards this year is Siblings of the Cape, the first feature from Shinzo Katayama, who’s previously worked with directors such as Joon-ho Bong (Parasite) and Nobuhiro Yamishita. It’s the story of a disabled woman who lives with her controlling, also disabled, brother, as they struggle to make ends meet and to carve out lives for themselves. Ten years in the making, not even Katayama himself knew where it would lead.

‘It’s a really interesting film,’ says Lee. ‘It deals with some really difficult dark themes, such as who should be making decisions for disabled individuals who have their own agency.’ Katayama will talk more about the themes and process of the film at a Q&A after the Sydney screening of Siblings of the Cape on November 17th at 5.30pm.

Also appearing at JFF is Yuko Hakota, the director of Blue Hour. Hakota’s rural hometown is the backdrop for her debut film, where a well-off Toyko career woman cracks under the strain of maintaining her successful façade and returns to her childhood home to visit her frail grandmother, only to find a new set of family troubles waiting. She’ll be doing a Q&A after the Sydney screening of Blue Hour on November 16th at 6.30pm.

In addition to the two directors, there will also be a guest talk on ’80s manga and forgotten classics with Japanese literature and pop culture expert Dr Emerald L King (La Trobe) after the Melbourne Fly Me to the Saitama screening on 24 November at 6:00pm.

‘In terms of new perspectives,’ Lee said, ‘there’s this really cool film called The Legend of the Stardust Brothers from 1985.’ A fictional biopic looking at a pop duo’s rise and fall, it’s renowned for its eclectic cast and catchy tunes. ‘It’s a musical, it’s very similar to The Rocky Horror Picture Show.’

Directed by Makoto Tezuka, son of Osamu Tezuka (creator of Astro Boy and Kimba the White Lion), it was a flop on release. But it’s recently been rediscovered and the remastered director’s cut has been a hit at festivals. ‘It’s seeing a lot of success around the world at different film festivals,’ said Lee. ‘It’s a really exciting one for us.’

That’s not the only look back the festival will be taking this year. ‘We have a documentary called Tower of the Sun,’ said Lee.

‘It’s about a statue in Osaka called Taiyo no To (which means Tower of the Sun). It was created by Taro Okamoto as a symbol of the 1970 Osaka World Fair – it’s a very funny looking, very odd-looking statue. The documentary really goes into the fascinating qualities of this tower and why it has captured the hearts of so many people around the world.’

There’s also a number of films taking a new perspective on history and reality itself, with comedy Saint Young Men posing the question: what if Jesus and Buddha were room-mates in modern day Tokyo?. ‘It’s just a series of hilarious stories about Jesus and Buddha living in Tokyo together,’ says Lee. ‘That’s a really fun movie.’

Fly Me To The Saitama takes a satirical look at the clichés and rivalries around Japan’s major cities, imagining a world where the residents of Saitama (a region outside Toyko, notorious for its bland suburban landscape) require visas to enter

Tokyo and their lowly status causes complications in this over-the-top rom-com.

Other highlights include the low budget comedy-drama Melancholic, period piece Samurai Shifters, a look at people haunted by the 2008 Akihabara Massacre in Noise, and My Father, The Bride, the story of a daughter coming to terms with her father wanting to marry a man after her mother’s death.

There’s also the JFF’s classic program, which will be showcasing a range of films on 35mm in Sydney, Melbourne and Canberra. ‘This year’s program is looking at the supernatural, so expect lots of Japanese ghost stories and retellings of classic stories,’ said Lee

Lee’s big hope with this year’s program is that audiences will be tempted to try something new. Lee said, ‘People can come to the festival and say, “Oh, I’m really interested in this film specifically”, but hopefully something in our program will also catch their eye and they might try something that they weren’t otherwise familiar with. That’s really important to us.’