TV: The Other Guy Series 2 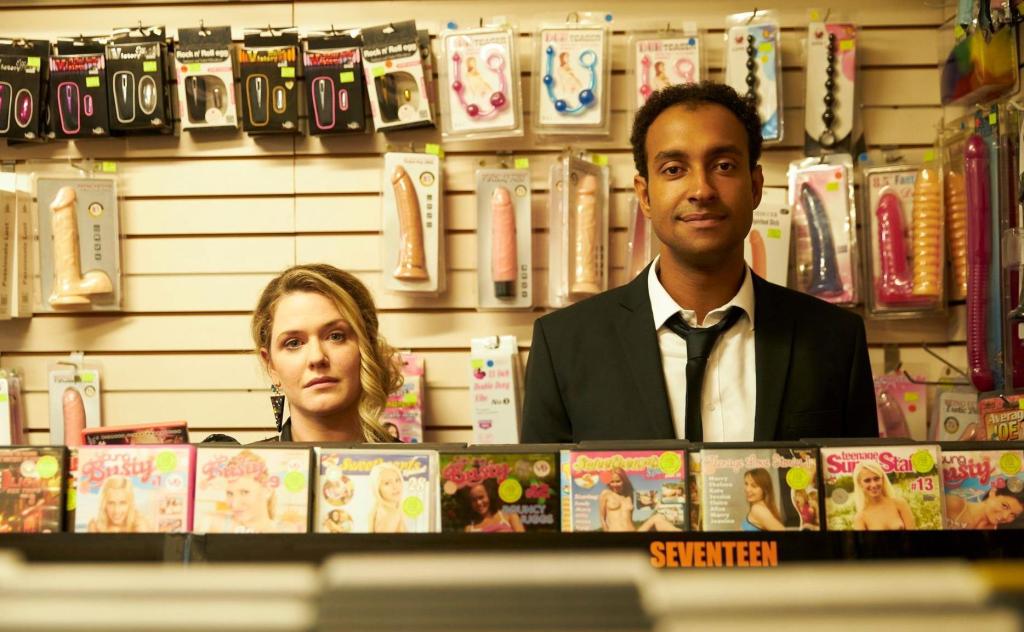 Arrested development. Harriet Dyer and Matt Okine as perpetually immature best buddies in Season 2 of The Other Guy. Image courtesy of Stan.

Some sitcoms seem designed to run and run; The Other Guy isn’t one of them. One of local streaming service Stan’s big guns on the local comedy front, it started out based in part on creator, writer and star Matt Okine’s much publicised (by him) breakup, and by the end of the first season that dynamic seemed largely tapped out. What could a second season possibly be about? How about Matt – uh, his character AJ – turning his life into a television series?

After losing his breakfast radio job at the end of season one (fun fact: Okine was also a breakfast radio presenter), AJ has pretty much hit rock bottom. He’s technically homeless, and isn’t speaking to his best friend Stevie (Harriet Dyer). Obviously this situation can’t last – Stevie was the breakout character of the first season – and when her father dies the funeral is the perfect excuse for them to put their past behind them. Though considering that past involved her knowing that AJ’s then-partner Liv (Valene Kane) was having an affair with his best friend Henry (Luke Ford), it may be easier said than done.

There’s a lot to enjoy in the second season of The Other Guy, starting with Okine himself. He’s got an easy charm that makes him consistently likable, and he’s able to sell the story’s romantic moments in a way that makes him a plausible romantic lead. There’s strong chemistry between him and this season’s love interest Charlie (Lily Sullivan), and the animosity between him and ex Liv has an authentically conflicted edge to it.

Even Stevie, who was often an abrasive nightmare during the first season, works a lot better when she’s given the occasional moment to be a real friend and not just the kind of broad comedy character that would set your teeth on edge in real life. The season-long subplot about her coming to terms with her dad’s death isn’t anything special on its own, but it provides a nice contrast to her wackier hijinx (she gets nits! She has sex with a clown! In one episode AJ sees her boob and has to go have a wank!)

While basing the second season around a comedy version of making the first season is a bit of a worry coming from a guy well known for mining his own life for material, it works well as a way of keeping AJ tangled up in his past. Instead of moving on, making a show based on his past means he’s forced to go over his break-up yet again, and once the now-pregnant Liv gets wind of what he’s up to the tensions between them mount once again. It’s a little more assured than the rocky first run, and the result is a more satisfying watch overall than the first season.

The problem is that The Other Guy isn’t a lightweight romantic drama: it’s a comedy, and the comedy is what lets it down. Too often it feels forced, like Okine doesn’t trust his story to be entertaining enough to hold an audience’s attention. In the first episode, being told by TV producer Miranda (Claudia Karvan) that he has to undergo a drug test to get onto reality TV series Celebrity Fight Club rapidly leads to hanging out in a sex shop checking out dildos to use as a fake penis to squirt out someone else’s drug-free urine. It’s a joke that wasn’t all that funny when Entourage did it back in 2011.

The Other Guy works hard to try and show Stevie and AJ as a pair of debauched, drug-addled arrested development cases, which in theory should create a contrast that makes the more serious story beats hit home harder. But the broad comedy rarely clicks the way the more subtle moments do, and the show doesn’t seem overly interested in playing up the pathetic side of their crazy stunts as desperate attempts to avoid adulthood. The whole thing feels out of balance, trying to sell big comedy moments when the quieter character scenes are what work.

Basically, this would be funnier if it wasn’t trying so hard; sometimes you really can get by on charm alone.