TV Review: The Back Side of Television shows up Oz TV trash

Creator and host Mitch McTaggart has no reverence for Australian TV history and finds comedy in the rubbish.
Anthony Morris 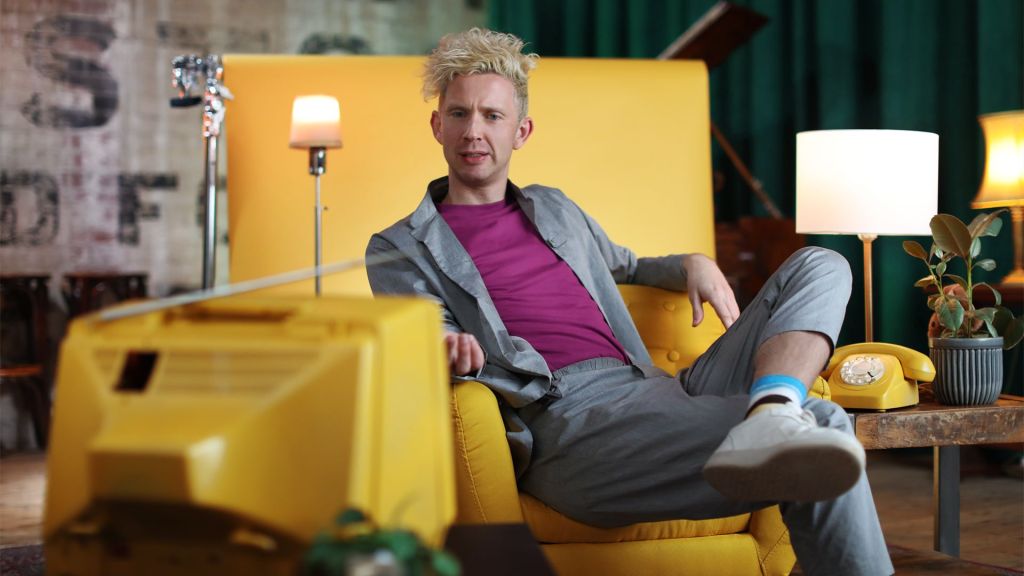 Few things are more entertaining than watching television eat itself. We all know about television, and we all know most of it is trash. So having our prejudices confirmed as fact is both satisfying and a chance to revisit garbage television safe in the knowledge that we’re somehow above it all. We’re not watching these terrible shows because we like them, oh no – we’re watching them to educate ourselves about how terrible they are.

Sitting in the swirling eye of this maelstrom of contradictions is Mitch McTaggart, writer, co-director, producer and host of last year’s excellent end of year review The Last Year of Television. Now with The Back Side of Television, he’s taking the long view when it comes to bad Australian television. If The Last Year of Television was a wide angle look at a year of shoddy viewing (and rumour has it he’ll be back with another special on SBS Viceland at the end of this year), The Back Side of Television focuses in depth on some of the enduring themes of trash that have bobbed up again and again over the decades.

The final segment, ‘Jailbreak James’, focused on a Sydney prison escapee in the 80s who fled to Perth… and then decided to try and make a career for himself as an actor, specifically an actor on Crime Stoppers. Was he actually auditioning to play himself in an episode about his real-life escape but was knocked back for being too much like himself? We’ll never know for sure – though we do know that he was arrested less than 24 hours after the episode about his escape went to air, so clearly they were doing something right.

That segment, and McTaggart’s steady stream of disdainful one-liners, was a rare moment of levity in an episode that mostly stuck a note of ‘can you believe this crap went to air oh wait a minute we’re talking about Australian television, of course you can’. It’s often more informative than it is laugh-out-loud, and most of what we’re being informed about is the bottomless depths Australian television will happily sink to if it means they get to put to air another special about Peter Falconio.

Next week’s episode keeps up the snarky tone but digs a little deeper. Wonderland, Ten’s 2013 attempt to remake The Secret Life of Us (in contrast to their attempts every other year), is used as a lens to highlight Australia’s strikingly white casting biases, the impact of social media, and in one notable aside, the power of a Fremantle production executive to use social media to let an actor know not to speak ill of the company’s product.

The main focus though is on Australian television’s fondness for promoting fringe views, and surprise surprise, once again our window on the world is more interested in bringing a trash fire of fringe-dwelling insanity into our living rooms. It’s the kind of thing we all vaguely knew was going on – 60 Minutes hasn’t been serious current affairs this century – but seeing the facts laid out in one place really hammers it home.

The Back Side of Television is the kind of comedy that gets laughs from showing horrific things, and then sometimes it turns out to just be showing us horrific things. McTaggart makes it work by clearly being someone who doesn’t care about the grand legacy of Australian television. There’s no reverence here, no back-slapping salute to the Golden Age of Television. He takes it all seriously, which shows it up for the joke it is.