This post-apocalyptic drama series on Stan avoids the cliches of the genre. Reviewer Mel Campbell finds it fresh and inspiring.
Mel Campbell 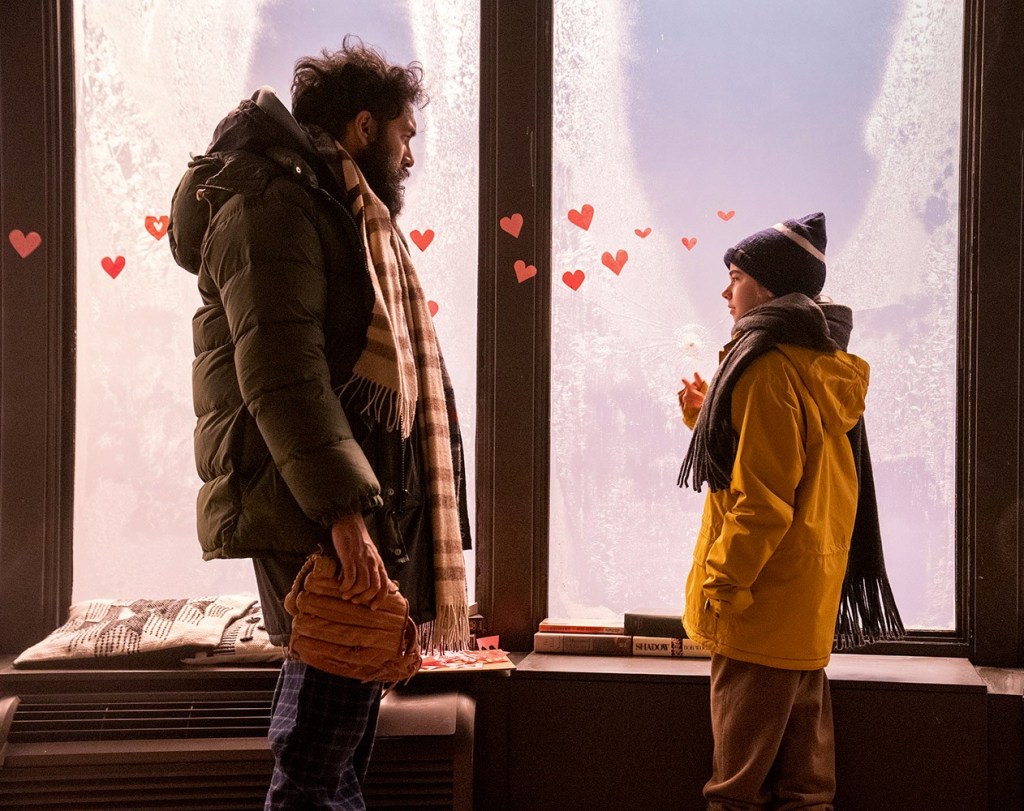 We’re so beaten down by capitalism – especially now, grinding into a third year of a pandemic – that it’s easy to think only an apocalypse could provoke other social systems. Post-apocalyptic fantasies themselves are often neoliberal – roving marauders in temporary, uneasy zero-sum alliances like something out of Survivor; or paranoid preppers defending their well-stocked bunkers.

Even post-apocalyptic connection is often couched as ‘family’ rather than as culture, society or civilisation. As Margaret Thatcher infamously said: ‘Who is society? There is no such thing! There are individual men and women and there are families…’

But the 10-episode miniseries Station Eleven argues that our creative imaginations will determine how we rebuild. It doesn’t linger on what its characters call ‘the first 100’ – the immediate collapse of society. Instead, it evokes a striking sense of peace from long, still takes of abandoned theatres, train stations and apartments reclaimed by nature.

The genre of ruin photography tends to fetishise urban decay as melancholy: Ozymandias-like shrines to the hubris of lost civilisations. But the existential contest of Station Eleven is over what we do with humanity’s legacy: should we leave the past behind to moulder, or preserve it for the future? And what is civilisation, anyway: is it in objects and texts, or in living communities, or in memory?

But the series’ real protagonist is Kirsten Raymonde, whom we meet as a child actor (Matilda Lawler) appearing with Arthur in a Chicago production of King Lear. When Arthur collapses mid-performance from a massive heart attack, audience member Jeevan Chaudry (Himesh Patel) leaps onstage to help… and finds himself comforting Kirsten, who had befriended Arthur. In the chaos there’s nobody to see Kirsten home, so Jeevan reluctantly agrees.

These turn out to be the final hours of the Before. The fast, deadly ‘Georgia flu’ has hit Chicago hospitals; and Jeevan’s doctor sister Siya (Tiya Sircar) orders him to head to the high-rise apartment where their brother Frank (Nabhaan Rizwan), a Pulitzer Prize-winning former journalist, now lives as a ghostwriter and recluse. It’s clear Jeevan is considered the no-hoper of the Chaudry family. Flustered, pushing down panic, he lets Kirsten tag along.

More unsettlingly, he can also quote from Station Eleven: a self-published graphic novel about an astronaut stranded on a malfunctioning space station. Kirsten believes her treasured copy, a gift from Arthur, is the only one in existence. But the storyline of Station Eleven entwines with the events of the series: it’s an idiosyncratic tale of conflict, loss and longing for home, made only for its creator’s own pleasure, but becoming profound and influential for many others, most of all Kirsten.

I made the mistake of reading Emily St John Mandel’s source novel immediately before watching this adaptation. I adored the novel, which made me reject some of series creator and writer Patrick Somerville’s (Made for Love, Maniac) choices. (He has changed the story’s villain, merged some storylines and created others out of whole cloth.) But the more episodes of Station Eleven I watched, the more I could appreciate its clever, intricate structure, and the way it uses visuals allegorically to explore ideas.

No scene or moment is wasted; everything pays off in the end, and many individual moments are deeply moving. Lots of people online have adored episode 9, but the episode 7, directed by Lucy Tcherniak, is the one that stuck with me. Holed up in Frank’s apartment, Kirsten decides to adapt Station Eleven into a play, recruiting Jeevan and Frank into her cast. Frank’s apartment faces east, and in one wonderful dawn shot, the rising sun forms a corona behind Kirsten’s head. Frank bursts into a joyful hip-hop performance using his ghostwriting clients’ recordings as samples.

The staging of the Travelling Symphony’s productions also shows why Shakespeare’s works have persisted for centuries: they still eloquently express the human condition. The troupe’s scavenged costumes (by Helen Huang and Austin Wittick) are particularly clever, reminding me that these are talented professionals, and that post-apocalyptic culture doesn’t have to be a feeble, primitive bricolage of a vanished golden age, but rather the transfiguration of the past into something that serves humanity now.

In depressive moments it’s easy for creative people to believe the world doesn’t care about us: that the work to which we devote our energy, imagination and intellect is considered inessential and disposable. Content without containers.

But Station Eleven is a hopeful story of human care and resilience, and a defiant manifesto for the value of creativity. Write that comic. Stage that play. Perform that music. You won’t see the ripples of every choice you make – so you might as well be generous, joyful, and true to yourself.