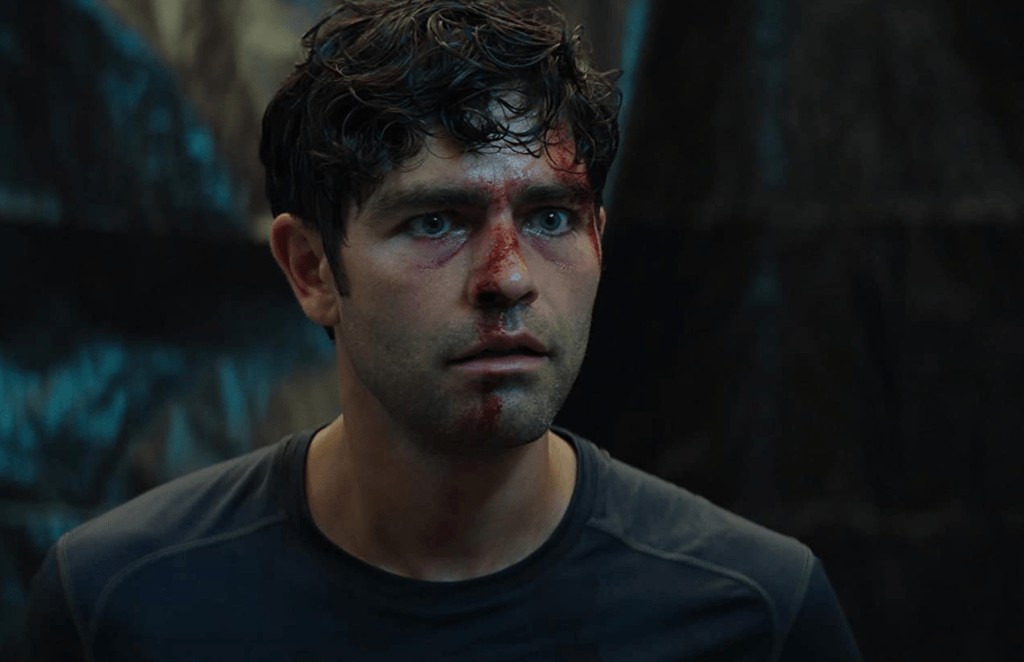 You’ve got to be pretty sure of yourself to name your series Clickbait. It’s not exactly a flattering term for online content, but that’s the point: this is a series that, at least some of the time, has the trashier, more exploitative end of the media firmly in its sights.

On one hand, ‘Clickbait’ is the kind of content people find compelling, and with its twisty, binge-worthy storytelling Clickbait is definitely that. But there’s another meaning to the term: it’s shallow, generic content, a product manufactured to get a result and nothing more. And Clickbait the series can’t quite shake that meaning either.

After getting booted out of a fiery family dinner, Pia (Zoe Kazan) hits the clubs, dances like a manic, drops her phone in the toilet after swiping right on a cute guy, then staggers off to work as a nurse the next day while said phone dries out in a tub of rice. At the hospital, a teen patient (who clearly has a crush on her), shows her fun videos, and then one that turns out to be not so fun: it’s her brother, Nick (Adrian Grenier) in a dingy location holding a sign that reads, ‘I abuse women. At 5 million views, I die.’

Co-created by Australians Tony Ayres and Christian White, Clickbait is Netflix’s first direct investment in Australian television, with much of the series filmed in Melbourne doubling for Oakland

If that sounds familiar, congratulations: you’re one of the three people alive who remember the 2008 Diane Lane movie Untraceable, in which a serial killer livestreamed videos where he would murder his victims once he received a certain number of views. But Clickbait is just getting started.

Co-created by Australians Tony Ayres and Christian White, Clickbait is Netflix’s first direct investment in Australian television, with much of the series filmed in Melbourne doubling for Oakland. And a fair bit of the (well-disguised) city is on display, as Pia spends the rest of the first episode rushing from plot point to plot point as she tries to confirm if the video is real (it is).

She then tracks down Nick’s wife Sophie (Betty Gabriel) and together they race around Oakland trying to get the police to take them seriously, figure out Nick’s last movements, shelter his two sons from what’s happening, and eventually find themselves at the centre of a media storm even as the internet swings into action to track Nick down – and make jokes about the prospect of his death.

Nick himself doesn’t get a viewpoint episode, which is kind of the point. Beyond the twists and turns and shocking reveals, this sets itself up as a series about how the media and the internet can shape our perception of others, and how we in turn can use the internet – and other, more traditional methods like lies and deception – to shape how we’re seen by others.

They’re serious issues worth real examination, but as it goes on it becomes clear Clickbait isn’t really that kind of series. Nor is it much of a character study, though some episodes (Emma’s, Simon’s) are stronger in that regard than others. Rather it is, as the title makes plain, a series that sets out to grab your attention with a juicy premise and then hold onto it tight with a series of shock twists and startling reveals, each more jaw-dropping than the last.

This kind of pulp storytelling works best when there’s a clear personality telling the story, someone with their own quirks and foibles to make the storytelling feel unique. For all its polish and professionalism, Clickbait only occasionally provides that; even the Melbourne-as-California setting manages to be both impressively done and oddly neutral. Instead, Clickbait succeeds at being the kind of gripping plot-driven done-in-one series it’s hard to look away from – and once it’s done, even harder to remember.