TV Review: Mare of Easttown gets the details right

Kate Winslet is brilliant in this grounded and intricate TV mystery, but lack of resolution is a big problem, says Grace Boschetti
Grace Boschetti 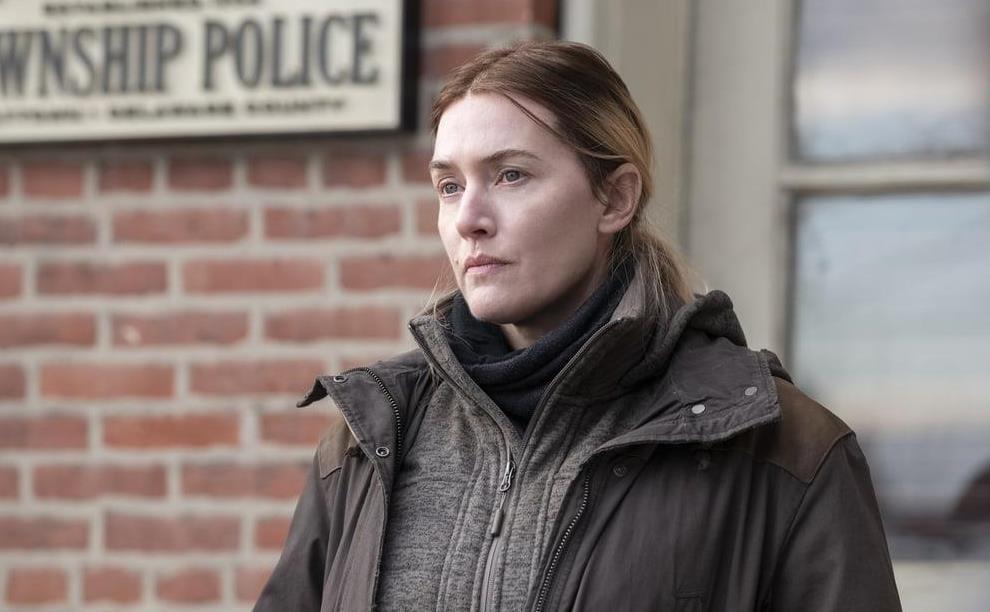 Kate Winslet plays it real in Mare of Easttown via Binge.

There’s a scene early in Mare of Easttown’s emotionally charged finale where protagonist, small town detective Mare Sheehan (the brilliant Kate Winslet), heroically, and improbably, launches herself into a flowing river to singlehandedly (and with a broken arm in cast) pull apart two grown male suspects who are wrestling over a loaded gun. The scene then cuts to Mare sitting alone in her office, exasperated, trying to salvage her sodden plaster cast with a hairdryer.

Mare of Easttown is tense and thrilling, but more importantly, it is committed to getting the details right. From the refreshingly unglamorous hair styling to the nonchalant use of spray cheese and Winslet’s constant vaping, the series does a fantastic job balancing its very grim subject matter with grounded minutiae.

It is quite simply a delight to see Jean Smart’s scene stealing Helen Fahey playing Fruit Ninja on her iPad and hiding a tub of Haagen-Dazs in a bag of frozen vegetables. Ditto Mare’s daughter Siobhan (young Australian actress Angourie Rice) getting asked out on a date to a boygenius concert and having a meltdown to the Phoebe Bridgers song I Know the End. This is a show that understands how a well selected t-shirt can tell us everything we need to know about a minor character’s backstory.

This is a show that understands how a well selected t-shirt can tell us everything we need to know about a minor character’s backstory.

As Mare’s best friend Lori Ross, the always excellent Julianne Nicholson gives a beautifully grounded performance. The complex bond that Lori and Mare share is a real highlight of the series. It’s a supportive, knowing female friendship that has survived the lowest of times, and will yet have to survive more.

In a refreshing change of pace from his typically disturbing roles in Ryan Murphy productions, Evan Peters plays Mare’s partner, sweetly guileless and eager to please county detective Colin Zabel. When we are introduced to Zabel, he is wearing the all-black ensemble of the suave detective he wishes to be. Later, Mare tells him off for not dressing warmly enough. When we next see Zabel, he is wearing a big puffy coat complete with a fur trimmed hood.

It bears mentioning, Mare of Easttown is, perhaps, overcrowded. The series packs a great many storylines into its seven episodes and doesn’t quite manage to do justice to all of them.

Easttown is riddled with opioid addiction and populated with various suspect types; sinister teens, a deviant Catholic deacon, relatives with skeletons in the closet and a charming newcomer to town, inexplicably played by Guy Pearce. Characters share complex interrelated histories, and it takes a couple of episodes just to nail down who everyone is and how they’re connected. Certain character arcs are abandoned prematurely. Red herrings are abundant, which isn’t necessarily a bad thing, except in the sense that it makes the overall trajectory of the season a bit messy and leaves a couple of plot holes along the way.

Without giving away specific spoilers, I was the most disappointed with the lack of closure in the storyline of murdered teenager Erin McMenamin (Cailee Spaeny). Considering the entire series is focused on uncovering the circumstance of her killing, the final episodes seem wholly uninterested in providing any kind of justice for her, or even interrogating the idea of what might constitute justice in such a tragic and awful case as hers. Instead, Erin ends up feeling like just another entry in the ‘pretty dead girl’ canon.

One of the many lenses through which to view Mare of Easttown, is one coloured by recent discourse on abuses of power by police. Mare may be a great detective, but she often behaves impulsively, endangering herself and others. With her home life in disarray, and the loss of a loved one never far from her thoughts, she is arguably in no state to be working in law enforcement at all. The series engages with this idea momentarily, but then it falls by the wayside. Which is a pity because there’s so much to be said.

However, this is not to say the themes that are more fully explored in Mare of Easttown are less than worthy. Like most other female led small-town crime dramas (Sharp Objects, Broadchurch etc.) Mare of Easttown is interested in exploring intergenerational trauma. Easttown is a community unified by hardship and tragedy, but also by shared hope. There is a wonderful through line in the final episode about forgiveness and survival. Asked by a grieving widower if loss gets any easier over time, Mare replies that “after a while you learn to live with the unacceptable”. Like so much in Mare of Easttown, this is a sentiment that rings true.