ABC TV: ABC TV: If you like film noir, true crime, Australian history, and sobering insights into the lives of women in post-war Sydney, this is the doco for you.
Richard Watts
[This is archived content and may not display in the originally intended format.] 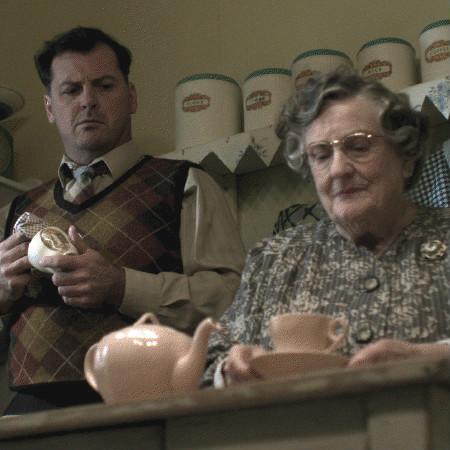 In 1953, Sydney was in the grip of a unique crime wave, during which 102 people were poisoned; 18 of them fatally. What truly shocked the media of the day was that the majority of the killers were women.

Yvonne Fletcher, a blonde good time girl from Newtown, was accused of killing her two husbands with Thallium, a flavourless, odourless rat poison sold over the counter at every local milk bar and corner shop. The tabloid media frenzy resulting from her trial sparked a flurry of copycat killings across the city, simultaneously raising suspicions about other recent mysterious deaths.

Sixty-three year old grandmother Caroline Grills lost four family members – including her step-mother, whose suburban house Grills inherited – under mysterious circumstances. Four other people in her social circle also became sick – a result, it was alleged, of Grills hosting poison tea parties and killing for the thrill of it.

Perhaps the most scandalous case was that of 45 year old Veronica Monty, charged with the attempted murder of her son-in-law, Bobby Lulham, a famous rugby league player. During her trial, it emerged that Monty had been conducting an illicit affair with her son-in-law, a discovery which set Sydney tongues a-wagging and ruined Lulham’s football career.

These three women, and their roles in the Thallium killings, are the subjects of Sonia Bible’s compelling and engaging documentary, Recipe for Murder.

Featuring a fascinating blend of archival footage, film noir-inspired re-enactments, and interviews with the likes of crime writer Peter Doyle and historian Professor Joy Damousi, the story that unfolds in Bible’s documentary is one very much shaped by the changing roles of women in post-war Australia. After the temporary freedom provided by World War II, when the absence of men saw women flocking to the workforce, the return of their husbands, fathers, brothers and sons from military service meant women were forced back into their homes – homes which were often the scenes of domestic violence, a crime then virtually ignored by police and society at large.

It’s little wonder that women such as Yvonne Fletcher saw murder as their only way out of a desperate situation.

Despite its grim subject matter, Bride and her creative team, including Director of Photography Bonnie Elliot and composer Antony Partos (who also scored Animal Kingdom), have created a relatively light-hearted and self-aware film that is a delight to watch. The playful use of such film noir aesthetics as chiaroscuro and threatening shadows are a perfect fit for this post-war tale of three real life femmes fatale; illustrations and headlines drawn directly from the newspapers of the day further enrich the documentary’s rich visual style.

With its fascinating revelations about the rat-infested poverty of inner-city Sydney in the early 1950s and the way that conservative views about sexual morality dogged the defendants in the Thallium murder trials, this unique documentary about a little-known era in Sydney’s history is heartily recommended.

Screens Thursday May 26, 8.30pm on ABC1
Watch the trailer here