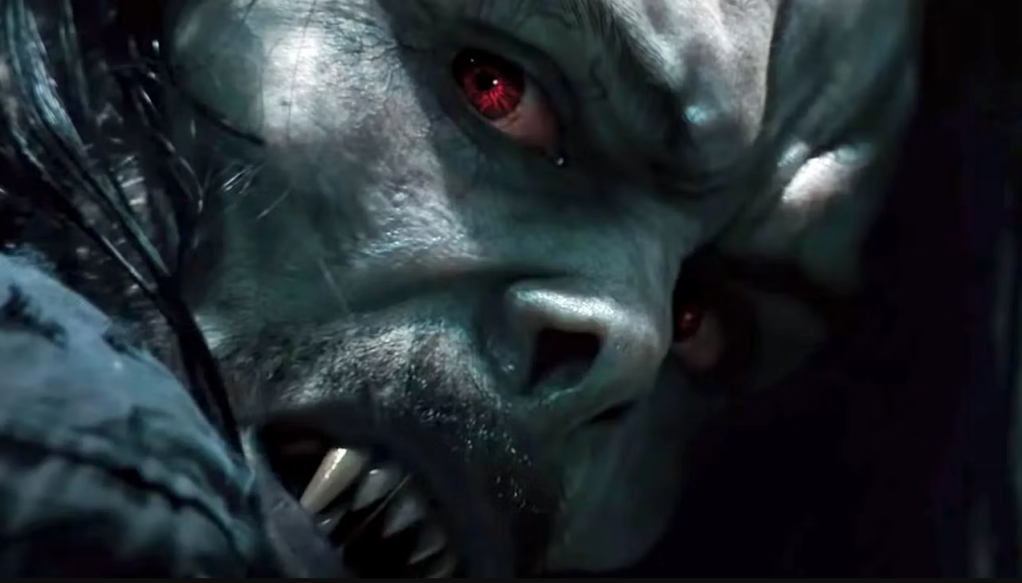 For a while, superhero movies seemed to be converging on one model. A quippy tone, lots of world-building, action sequences that weren’t exactly an afterthought but weren’t the main focus either: everybody wanted to be making Marvel movies. But since the one-two punch of Avengers: Infinity War and Avengers: Endgame, the superhero multiverse has become a little more diverse – and with Morbius, Sony is looking to put its own stamp on the genre.

Suffering since childhood from a rare blood disease, Dr Michael Morbius (Jared Leto) has devoted his life to the study of blood. So of course he injects himself with vampire bat extract and becomes a bloodsucking monster. But first we get half an hour or so of backstory, in which he’s basically cut from the same cloth as fellow Marvel heroes Tony Stark or Stephen Strange: a super-smart, top of his profession guy (he publicly rejects a Noble Prize) whose hubris gets the better of him.

The difference is, he’s not quite as big a jerk as them. That’s reserved for his best friend and fellow blood disease sufferer Milo (Matt Smith). He’s both super-rich and a bit of a cad, which is a bad combination now there’s a super-serum around that turns you into a super-vampire.

Leto’s performance leans more towards the tortured, though he’s largely in leading-man mode here after a run of wacky supporting roles; Smith, on the other hand, gets to go big in fine style.

It’s around this point that keen eyed viewers – or just anyone who’s seen a movie before – will start to notice the heavy hand of post-production editing. Supporting characters like Morbius’ assistant Martine Bancroft (Adria Arjona) lack the clarity you might expect (it turns out she’s his fiancée); others like Emil Nikols (Jared Harris) all but drop out of the film entirely. There might have been more to this story during production, but the version that made it to the screen is all about Morbius and not a whole lot else.

So what about our living vampire? His new state of being definitely has its advantages. He’s now super strong, amazingly agile, has super-hearing and echo-location skills, plus when he bounces around his body is surrounded by a kind of black mist that makes it hard to figure out what exactly is going on in a lot of the fight scenes.

The downside is that he needs blood to keep his strength up, and while the artificial blood that was his claim to fame (remember that rejected Noble Prize) does the job, its potency weakens with every drink. How long before he starts eating humans? If you ask the police he already is.

The story that follows is so stripped back it’s hardly worth mentioning. The whole thing barely pushes past 90 minutes before the end credits begin and the real point of the film is revealed. Having introduced Morbius as a viable super-being in the mighty Sony manner, we’re presented with a couple of clunky post-credit scenes mapping out his future path to possible super-villainy in a wider Spider-verse.

One, featuring a character heavily promoted in trailers but entirely missing from the film itself, looks built from footage designed for something else. The other features some superimposed CGI and a cast member almost certainly filmed in an entirely different context. Neither inspire a lot of hope for the future.

Back in Morbius’ present, the film seems to solidify a specifically Sony approach to super-heroes first seen in Venom: Let There Be Carnage. These films are short, fast-paced, focused almost entirely on a big-name lead, and kind of refreshing in the way they don’t mess around. They’re a snack in a world of 150+ minute superhero banquets; by the time you notice the meal is lacking a certain something, you’re already out the door.