Film Review: Black Widow is the perfect welcome back to Marvel movies 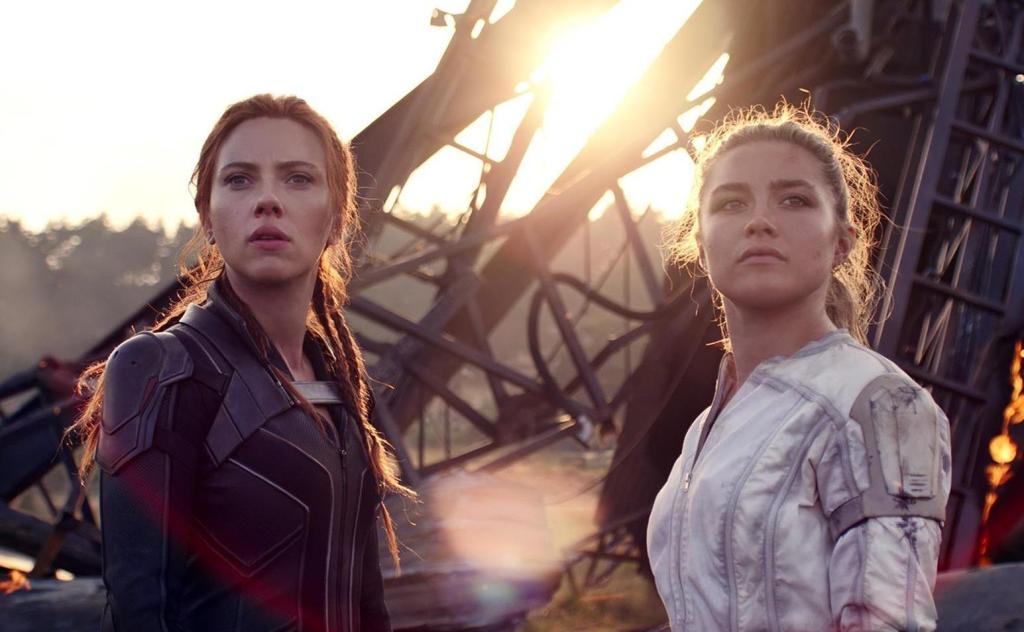 The Marvel movie machine relentlessly moves forward. Looking back is reserved for nostalgia kicks and in-jokes. It’s a feature, not a bug. This momentum keeps the franchise exciting, every film ending with a launching point for the next instalment, the subplots that never quite clicked are rapidly left in the rear-view mirror. The big question around Black Widow cut to the heart of this approach: How was a film focusing on a character who’s already dead going to be relevant to the ever-onrushing Marvel Cinematic Universe?

Set after the events of Captain America: Civil War and before she sacrificed herself in the most recent Avengers film, Natasha Romanov, AKA Black Widow (Scarlett Johansson) is on the run. Not a problem; as a super-spy, she’s always one step ahead. What she’s not prepared for is a surprise package that brings lethal super-powered assassin Taskmaster to her door. Somebody must really want those mysterious vials she was sent. Looks like she’s got one last mission ahead of her.

Read: Film Review: Fast & Furious 9 makes no sense but so what?

It doesn’t take long to realise that despite vague gestures towards ‘unfinished business’, Natasha Romanov’s story really is over. She’s never quite sidelined in her own movie, but this is never her movie in the first place. The opening sequence is set in the US in the 1990s and is a piece of deep-cover spy work that’s an action-packed twist on The Americans, which introduces us to her fake parents, Alexei Shostakov (David Harbour) and Melina Vostokoff (Rachel Weisz). He’s a super-strong Captain America knock-off, she’s a core part of the program that created Black Widow; could part of Natasha’s unfinished business be… family?

Enter her never-before-mentioned younger ‘sister’ (well, she was her sister in their fake 90s family), Yelena Belova (Florence Pugh). The real star of this film, she’s the one who sent the mysterious package to Natasha and who, after a meet-cute fight scene, teams up with her. That’s because they a): need to use the contents of the package to free the rest of the undercover sexy Widow assassins, because b): it turns out that the Red Room program that created Black Widow is still going full steam despite her earlier efforts to murder the head of its (now privatised) operations, Dreykov (Ray Winston, who has great presence and is possibly not the man you go to when you want a Russian accent done right).

It’s been well over a year since the last Marvel movie, and Black Widow is the perfect welcome back. It hits all the traditional beats, does all the standard things, and gives one of the franchise’s core characters a final send-off that’s never quite a story that demanded to be told. Most of all, it’s a return to the genre Marvel does best; it’s a spy story where the superpowers are kept low level and (mostly) confined to implausible martial arts moves.

Despite the complex mythology the storytelling is straightforward and efficient. This is more likely the result of the well-oiled Marvel script-writing machine than the hand of Aussie director Cate Shortland (Somersault), despite the vaguely topical #metoo bad guy who’s exploiting and abusing young women for vaguely defined ‘global influence’. Likewise, the action set-pieces are exciting and effective without ever being stunningly memorable. Having the final conflict take place on that old Marvel stand-by, a giant evil base that’s exploding and falling from the sky, only re-enforces the sense that this is a greatest hits package.

where Shortland’s hand is most evident, is the fractured family dynamics of the central characters

The one area where this really does stand out, and where Shortland’s hand is most evident, is the fractured family dynamics of the central characters. Alexei is a doofus dad who means well; Melina is the smoothly competent mum who loves her man despite his flaws. Natasha is the big sister who’s already halfway out the door, and Yelena is the fiery challenger who, thanks in large part to Pugh’s charming five-star performance, steals every scene she’s in.

The big problem with the Marvel franchise is that they’ve never been good with bad guys. That’s because they’ve always had their eye on the next film – and because the bad guys never make it to the next film, they get glossed over. Natasha is the character who gets glossed over here, while Yelena is clearly the future even before a post-credits scene that launches her straight at the heart of the Marvel Universe. As a farewell to Natasha, Black Widow is a workmanlike effort; as an introduction to the new Black Widow, it’s a thrilling success.