Film Review: Angel of Mine is a battle of mothers

International stars Noomi Rapace and Yvonne Strahovski are the greatest assets in this Australian intimacy thriller, writes Adrian Martin.
Adrian Martin
[This is archived content and may not display in the originally intended format.] 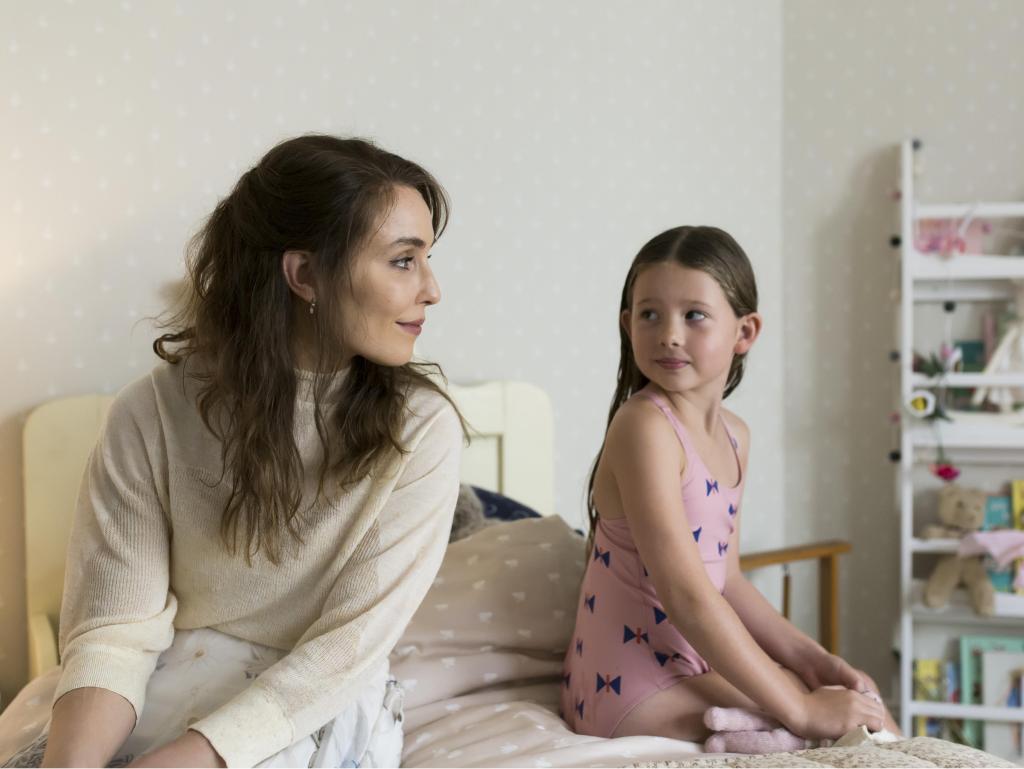 It’s an arresting central idea: a woman, Lizzie (Noomi Rapace), handling the difficulties of her post-marital life, with a faltering grip on reality and its daily responsibilities, is seized by a sudden conviction. She believes, with all her heart and soul, that the little girl Lola (Annika Whiteley) whom she glimpses near the children milling around her son, Thomas (Finn Little), is her own daughter – believed to have died in a hospital accident at the moment of her birth.

This belief initiates a program of mild stalking on Lizzie’s part – peering into the yard of the home presided over by Lola’s mother Claire (Yvonne Strahovski) and father Bernard (Richard Roxburgh); and then, more creepily, the reasonably successful attempt to ingratiate herself into the household and its family routines. The latter campaign is eased by the fact that Claire and Bernard have put their house up for sale.

This is the well-worn terrain of what has been called the ‘intimacy thriller’, where familiarity – between friends, work associates, anyone in any kind of business relationship that allows access to the domestic space – truly, in the long run, breeds contempt. The central twist in Angel of Mine’s story will not be revealed here, but suffice to say that it hones in on a fairly satisfying ‘battle of mothers’ in the vein of The Hand that Rocks the Cradle (1992) – the relevant men being, as usual, either absent or not very helpful in a crisis.

Angel of Mine has the air of wanting to be not much like a formulaic action-thriller – it concentrates on quiet interactions and subtle turns in character psychology, rather than violent shocks and confrontations in the Single White Female (1992) mode (not that there’s anything wrong with Single White Female and its ilk!). In particular, it eschews the conventional ‘it’s all starting again!’ zinger – which could have easily been wheeled in as a device – that so many thriller and horror films tiresomely deploy.

In all this, I was reminded of certain, low-key French thrillers in the Claude Chabrol tradition, such as Denis Dercourt’s The Page Turner (2006). So it was not surprising to learn that Angel of Mine is based on a 2008 French film directed and co-written by Safy Nebbou, Mark of an Angel, starring Catherine Frot (from The Page Turner) in the central role and Sandrine Bonnaire as Claire. I haven’t seen it, but the new screenplay by Luke Davies (Candy) and David Regal (a TV veteran) appear to have followed its basic plot outline quite closely.

I have often pondered the fact that Australian films – especially in genres such as mystery-thriller – have an awkward time both starting and ending their narratives. Angel of Mine is weighed down by a clunky exposition section, trying to sketch in a lot of backstory concerning the difficult relationship between Lizzie and her former husband, Mike (Luke Evans). And it takes quite a while – too long, in my opinion – to reach the point of Lizzie’s fully-formed obsession with Lola.

It would have been better, I feel, to take the more severe route of Belgium’s Dardenne brothers – whose films, such as The Son (2002), often have a crucial mystery-suspense element – and simply plunge in, from the first frame, with Lizzie’s stalking of little Lola, thus letting the audience gradually pick up on the clues that explain past events leading up to this.

Despite such plotting problems, director Kim Farrant (Strangerland, 2015) shows, from the very first frames, that she is well aware of her greatest asset here: international star Rapace. This actor, well known from the original Swedish screen rendition of The Girl with the Dragon Tattoo (2009), is fascinating to observe in long, lingering close-ups: her expression can change a great deal in a matter of moments, as she uses every muscular resource of her face; and she has a particular skill for transitioning swiftly from mundane commonalities to near-psychotic twistedness, as her role in Brian De Palma’s great Passion (2012) already revealed.

Happily – in terms of the balance of the drama – Rapace finds her match in Strahovski (best known as Serena Joy in The Handmaid’s Tale). The Australian performer projects an entirely different energy to Rapace: grounded, pragmatic, no-nonsense. The scene in which, at a children’s ballet performance, Claire begins to notice Lola’s odd glances toward a barely visible figure in the wings is a real highlight of Angel of Mine – a pleasing mesh of cinematic technique with acting skill.

On the other hand, a heavily ‘psychological’ vignette – Lizzie’s disastrous one-night-stand with a hunky guy played by Rob Collins – is weakly and obscurely handled. It serves as a handy lesson that good sex is surely difficult to convey on screen – but that ‘bad’ sex (bad in the sense that its participants cannot successfully get in sync with each other) is an even tougher call.