Lupita Nyong'o shines in a film that has Anthony Morris asking: maybe the real zombies were the tropes we revived along the way?
Anthony Morris 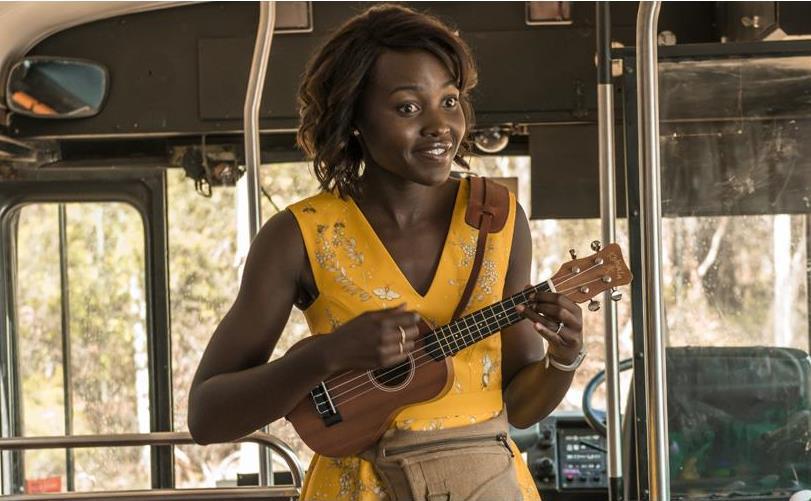 Zombies are the killer clowns of the horror genre, comedic stumblebums that seem like no threat at all until they’re chewing your guts out. It’s a joke that’s lost a lot of its zing since George Romero first made it with the original Dawn of the Dead back in 1978 though, and having three zombie comedies released within a month of each other (Jim Jarmusch’s The Dead Don’t Die, Zombieland: Double Tap and now this) suggests the barrel’s bottom is being scraped.

Fortunately, Australian writer-director Abe Forsythe (Australia Day, Down Under) has come up with a great hook to put his zom-com ahead of the pack: what if a kindergarten teacher had to shepherd her class through a zombie outbreak?

Unfortunately, first we spend twenty minutes or so hanging out with washed up muso Dave (Alexander England), who’s just had a bad breakup and is sponging off his sister (Kat Stewart). Self-centred and consistently inappropriate, he’s definitely a bad influence on her son Felix (Diesel La Torraca). It’s fortunate then that his kindergarten teacher is Miss Caroline (Lupita Nyong’o), who is basically sweetness personified.

Obviously the desperate and clueless Dave tries to hit on her, going so far as to talk his way into helping out on a school excursion; slightly less obviously, the excursion is to a farm next to a secret US military base where a bunch of zombies have broken out and are chewing their way across the countryside.

Generally speaking, the lower the budget the better the zombie movie, and while this hardly looks cheap – cinematographer Lachlan Milne always keeps things interesting, and there’s a nice contrast between the largely grey-ish city early on and the Aussie outback sun of the zombie farm – it’s still a siege movie rather than a big budget action spectacular. The zombie gore is well handled, which is to say it’s occasionally shocking but never too disgusting, and the zombies themselves are the traditional slow-moving type (it’s a nice joke here that the US military are experienced in dealing with both kinds).

The handful of traditional zombie gags here – zombie schoolgirls, a zombie park ranger taking a bite out of an echidna – are sharp, and it’s a little disappointing that there isn’t more of that comedy here rather than going for laughs from having characters act like jerks.

While Dave’s sulky, petulant behaviour early on sets up his character’s redemption later in the film, England definitely does a great job selling his later maturity. His earlier scenes might have been funnier if he’d been given a little more variety to work with; instead, pretty much the entire first act of the film is focused on him acting more childish than Felix it rapidly becomes a rough ride.

At least once the siege takes hold he develops a more thoughtful side to his personality – which is when trapped children’s entertainer Teddy McGiggle (Josh Gad) steps up to whine, complain, and generally keep the dickhead comedy coming. The twist that a lovable friend to children everywhere is really a self-centred foul-mouthed drunk doesn’t exactly come as much of a surprise, but Gad does a great job of selling McGiggle’s self-loathing in between the sweary rants.

It’s possible all this bad behaviour from the men is there to provide a contrast with Miss Caroline – you need a bad character to make the good one stand out. But Nyong’o radiant performance is so strong it’s simply not necessary. When she’s the focus, the whole film steps up a notch, and the scenes where she’s protecting her students, either physically or by pretending the zombies are all playing a game, are easily the high point of the film.

Dave might get the character arc, but she’s the star of this story; Miss Caroline would be a hero for dealing with a dozen kids on a school excursion even without the zombie attack.