ABC’s You Can’t Ask That: why are bogans shown as marginalised Australians?

The national broadcaster doesn’t see 'bogans' as part of their natural viewing audience – guess it has been 20 years since Kath and Kim.
Anthony Morris 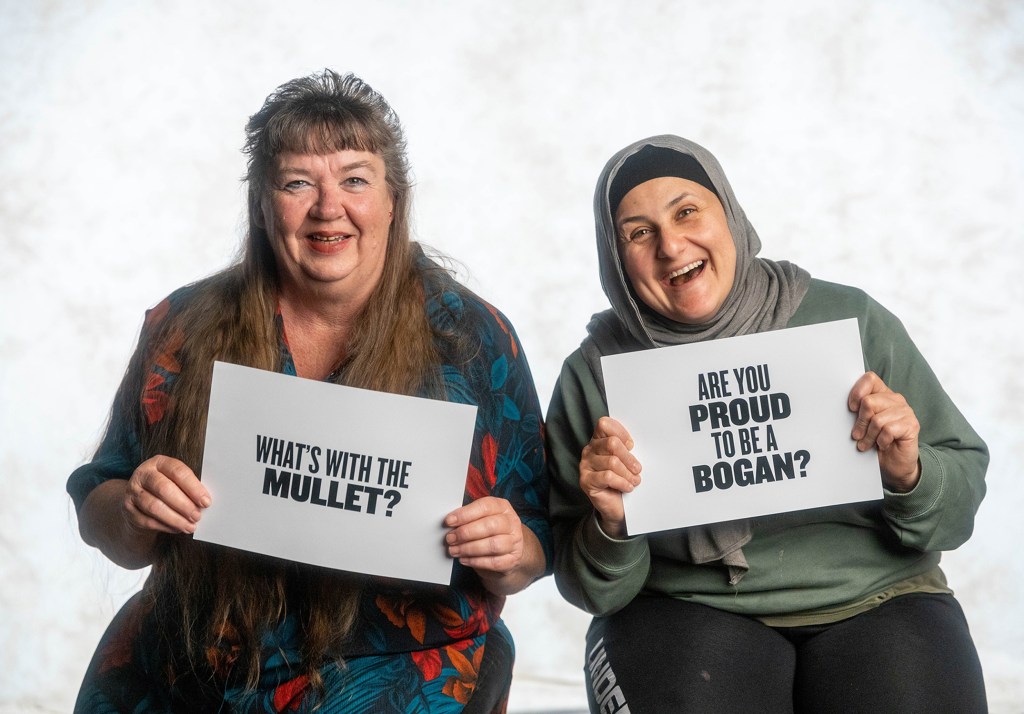 The appeal of the ABC’s You Can’t Ask That is obvious: it’s cheap to make. Or for those slightly less cynical, it gives Australians a chance to ask – and answer – the kind of questions they’re too afraid to tackle face to face.

Now in its seventh season, the popular ABC series has posed questions to groups characterised as ‘Misunderstood Marginalised Australians’ since 2016. Everyone from the terminally ill to transgender people, swingers to killers, Olympic gold medallists to the homeless has sat down in front of a blank background and answered anonymous queries submitted by the general public online.

The show pitches itself as a chance to clear up misconceptions and give overlooked groups a voice (though it’s hard to imagine gold medallists as ‘marginalised’). But there’s clearly a fine line being walked here, and the series doesn’t always navigate it successfully. The groups and individuals featured are definitely being given a voice; that voice is largely used to answer questions that are sometimes insightful, sometimes condescending.

The first episode back for 2022 is titled ‘Bogans’. Already we’re getting into telling territory for the ABC. The national broadcaster doesn’t see ‘bogans’ as part of their natural viewing audience? Guess it has been 20 years since Kath & Kim.

It rapidly becomes clear that this is meant to be a light-hearted return for the series, and that ‘bogans’ basically means ‘working class’. They don’t all wear flannel shirts and tracksuit pants (or ‘flannos’ and ‘trackie daks’). They don’t all have mullet haircuts either, which is possibly a good thing as it’s a style that’s increasingly the go-to look for ironic hipsters and AFL stars.

They’re all somewhat progressive, which may come as a surprise to regular users of public transport. One is Muslim, another is gay. They’re proud of being Aussie, but refute racism (southern cross tattoos are seen as a bit iffy). They like a drink – often out of a shoe – they don’t like pretention, swearing is a basic building block of language, and rich people throw out good stuff when it’s hard rubbish time.

Where things get shaky is the assumption that this is a group so alien to the everyday day experience of the ABC viewer they need to appear on television to explain themselves. Usually the series focuses on groups that are either relatively small or the kind that blend easily into society. If viewers really want to know what a ‘bogan’ is like, entire suburbs and country towns full of them are only a few train stops away.

You Can’t Ask That generally does better with more serious topics where education and insight can be pushed to the fore. Other episodes this season include ones on post-natal depression, juvenile detention, and dementia, while a later episode on prescription drug and alcohol dependency is both informative and powerful. Tough topics require sensitive questions; the more light-hearted episodes sometimes drift towards treating their subjects as comedy cliches.

The big strength here is the people being questioned. Likable and funny, they create the best possible result: they come off as better than the questions being asked of them. Which isn’t all that hard when one is basically ‘do you know what derogatory means?’ (they do).

The big weakness becomes clear towards the end, when after 23-odd minutes of fairly lightweight chat we suddenly get a litany of personal problems. Almost everyone here has had a struggle in their past (and present), including childhood abuse, substance abuse, failed relationships, homelessness, jail time, suicidal ideation, loneliness, and depression. Turns out life is tough for people society likes to look down on.

It’s understandable that nobody wanted to define those on-camera by the hard knocks they’ve had in life. But this swerve into the serious is too brief, especially as it seems to be a near-universal aspect of their lives. It’s one step away from a narrator saying ‘it’s not all fun and games being a bogan’.

The point of this episode, and much of the series overall, is to show the subjects as more than just the label slapped on them. At that this episode succeeds admirably, despite its flaws. It’s presenting them as marginalised group – and not merely marginalised amongst ABC viewers – that’s the problem.

Personally, I can’t wait for the ‘Rich Bastard’ episode … though oddly, that doesn’t seem to be part of this year’s line-up.

You Can’t Ask That