You should watch… Squid Game

On track to being Netflix’s most-watched original series ever, South Korean drama Squid Game has taken the world by storm. But what's all the hype about?
Giselle Bueti 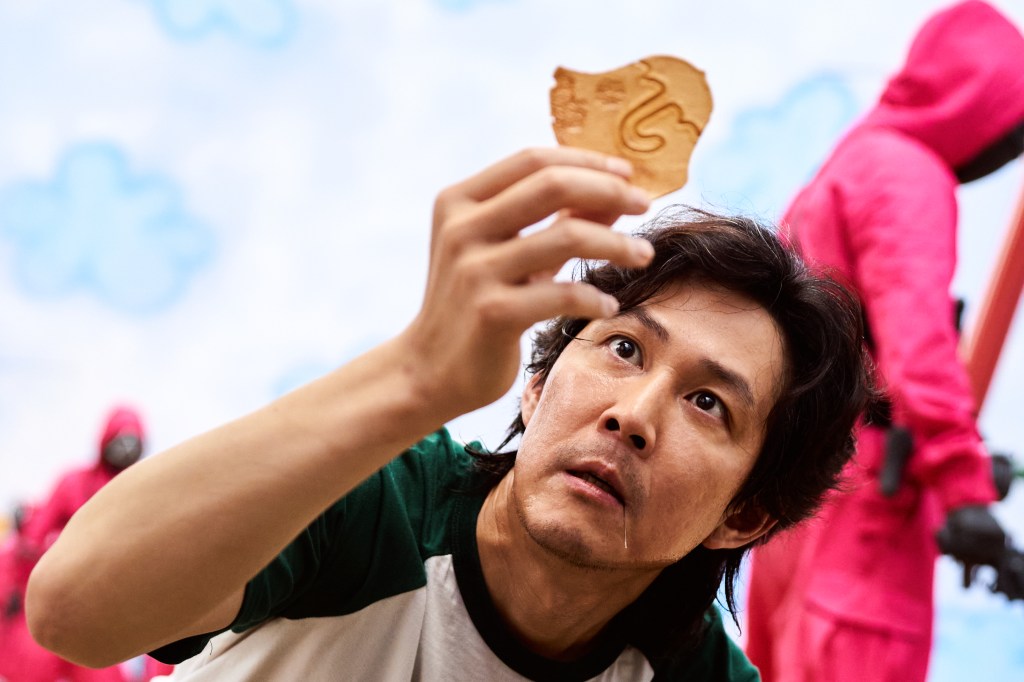 At this point, if you haven’t already watched Squid Game, chances are you’ve had it recommended to you. On track to being Netflix’s most-watched original series ever, the South Korean drama has sent the world into a frenzy!

Debuting September 17, Squid Game saw fan engagement surge 981% during its first week on the streaming service. Despite having little pre-release hype, it reached #1 in 90 countries in just 10 days.

So, what’s all the hype about?

Taking innocent childhood games, sprinkling them with murderous intent, moral corruption and the inevitable truth that we are all just humans trying to survive, Squid Game perfectly mirrors our social realities, horrifically dramatising issues that still plague society today such as class struggle and economic anxieties.

In a time when the world has been thrown into uncertainty, distress and isolation, it’s no surprise viewers have been hooked.

THE PREMISE OF SQUID GAME

Gambling addict Seong Gi-hun (played by Lee Jung-jae) is in desperate need of cash. When introduced to Gi-hun you can’t help but feel a little sorry for him. His boyish mistakes make him somewhat charming, but his inner demons seep out every now and then and you see him for what he really is… lost.

Read: You should watch: Tedd Lasso on Apple TV+

Writer and Director Hwang Dong-hyuk uses the tournament to show creative flair. From the chilling twist on childhood games, to the elusive masked guards and relentless violence. The script and setting are alluring.

Hwang tactically weaves details of the characters’ backstories as we move between games. Every episode we learn more about the characters, cautiously becoming fond of them. Taking a leaf from Game of Thrones, you’re careful not to become too invested as at any moment your favourite character could die.

The stellar cast helps achieves this with engaging performances. Lee and his co-stars, including Park Hae-soo, Wi Ha-joon, Jung Ho-yeon, O Yeong-su, Heo Sung-tae, push the emotional stakes. And the work has paid off, with many of the actors/actresses gaining popularity with the release of the Squid Game.

WHY YOU SHOULD WATCH

When the pandemic hit and international travel was brought to a halt, many turned to entertainment for their cultural fix. Korean content has been at the top of the list. From the popularity of the 2019 film Parasite, to the rise of K-Pop artists BTS and Blackpink, the west is obsessed. This newfound obsession has contributed to Squid Game’s success, however, the series stands strong on its own.

The robust storytelling, multi-faceted characters and enticing twists make it hard not to give in to the Squid Game hype. There are plot holes, and sometimes it does feel like the Netflix formula is being pushed too hard, with the final three episodes stumbling over each other, trying to clutch onto a Season Two storyline.

Despite this, it’s hard to look away from Squid Game. It’s one of those shows that whispers in your ear, ‘come watch me,’ not because you want to, but because you need to. Not only is it visually exhilarating, presented in glossy pastel colours that perfectly instil the chilling plot. But the blend of spectacle, anxiety and sentiment make it an artform.

Although saying nothing new, the surprising hype surrounding Squid Game can be attributed to an unnerving truth – one we already know but sometimes ignore. That is, that those currently thriving in the world are only doing so off the misfortunes of others.

If you want to survive, your only option is to opt into the game.

Giselle Bueti has written for publications such as The Advertiser, The Adelaide Review, RIP IT UP, BMA magazine and Yewth Mag. Previously, Giselle worked as Arts Editor for The AU Review and Content Growth Editor at ArtsHub. She is based in Melbourne, Victoria.