Hands off or interventionist? Maybe screen agencies are simply going with the flow as they campaign for diversity and new stories.
David Tiley 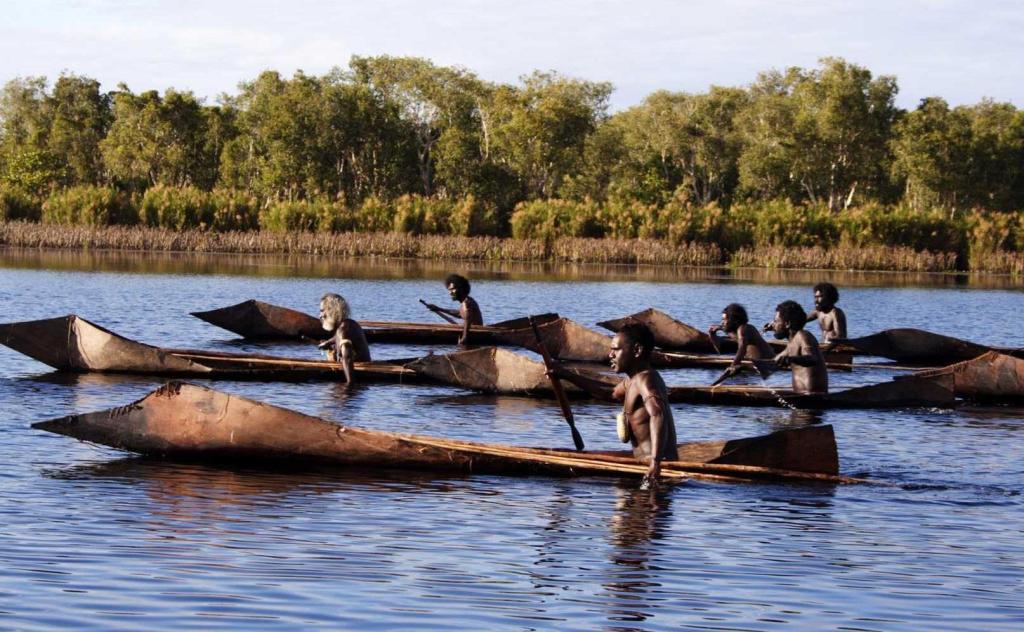 To what extent does a screen agency manipulate the production culture around it? We have seen the various state and federal organisations pushing hard on gender and cultural diversity, watched carefully by the activists who believe they are building the future.

This is a radioactive question. These choices look like social engineering, letting in exactly the kind of discrimination it is supposed to counter. But we do have to make moral judgements, and we have come to the position that ideological judgement is necessary as long as it reflects community values. We don’t like scapegoating, heteronormative persecution and racism. Do not mock or bully.

The rise and rise of Indigenous screen storytelling is a silent admonition to the conventional structure, because it worked on positive support from institutions, campaigning employees and close support for individual creators. This is a highly interventionist program.

The sweep to embrace diversity, seen as issues of gender and colour, is stunningly universal across the sector’s centres of activity.

There is no formal opposition to a diversity agenda, although the roots of the old Anglo-Celtic trousered ascendency go really deep and still own the positions of power.

As a small part of the discussion about cultural change, I interviewed Sally Caplan, the Head of Content at Screen Australia. She helicoptered me through the relevant changes over the last few years, from inside the bubble of her agency.

For five years now, Screen Australia has been part of the ferment to do something about the ghastly numbers about female participation: between 1970 and 2014, women were 30 per cent of the producers, 16 per cent of the directors and 21 per cent of the writers in the feature sector. The agency started the Gender Matters initiative and put $5m into the kitty. (The fact that in 2018-19 the agency put $7.9m into children’s television production places that figure as important but not titanic.)

Read: From Now Till Then: A brief reflection in institutional racism from an African-Australian film school graduate

Meanwhile, in 2016, Screen Australia produced another research document, Seeing Ourselves: reflections on diversity in Australian drama, which mildly pointed out that 67% of the population is Anglo-Celtic in reality, but in television land it is 82% while the presence of European and Asian people was half the real figure.

‘It didn’t actually come as a huge surprise but the disproportionate representation on screen compared to the population was shocking’, said Caplan. ‘And then when you looked at the percentage of population and diversity more generally, it was pretty poor.’

The notion that the sector needs to match the audience is pretty superficial, but it does provide a basic idea: our society is much more diverse than its screen stories so the sector is not relating to its audiences.

By reacting publicly, Screen Australia was soon part of a much wider debate. If the sector was to tell stories engaging with those diverse experiences, who was going to tell them? To perform them? And how were those ‘minority’ characters to be treated. Props or fully human? It takes about a microsecond to notice that those non-Anglo, non middle class, non ‘normal’ characters were so often seen in degrading ways.

Ever since the Whitlam era, various screen bureaucracies at both the state and federal level supported local, democratically driven screen bodies which gradually coalesced into a national network. As Caplan described the system, it enabled Screen Australia to focus on larger productions and more mature participants. The social development and career support work belonged locally.

But the Screen Resource Organisations were defunded in a combination of state and federal agency decisions, starting with QPIX in Brisbane in 2014.  Ultimately, Screen Australia found it had a hole. ‘We felt that with the Resource Centres going, there was a space for us to be in there’, Caplan acknowledged. ‘Two years ago we got rid of all eligibility to story development. We expanded and developed on a lot of different platforms because we knew the traditional idea that we do feature films, documentary and TV was outmoded. Instead, we had the new platforms and the YouTube explosion. We had already set up an online department, recognising that is where the new voices were coming from and some real talent.’

This is a high level view of the changes to guidelines and the rise and rise of the web series; it does suggest that Screen Australia saw the changes through a lens of technological agnosticism. It was interested in talent, not in the evolution of forms of communication as such. That kind of work was being done across the culture as part of a global media transformation.

Screen Australia also embraced an issue which probably goes back to the last Ice Age: What do we do when the young folk ignore us? Caplan places the push into digital firmly as a search for younger audiences, which helps to explain why the existing online programs headed to YouTube. It wasn’t so much the creatives it noticed as the audience.

‘I don’t think it’s our job to be highbrow,’ said Sally Caplan. ‘It’s our job to seed the most distinctive stories for a wide range of Australian audiences. The word I use is “excellence”, not “quality”.

‘Quality sounds a bit highbrow, and they have to know their audience, and make the best possible version of whatever the project is. We have all been asked, “Why do you do zombie movies?” Well, why not? There’s an audience for zombie movies and some of them could be very entertaining.’

For Screen Australia, the rise and rise of science fiction seems to be a bit of a mystery. Within the last seven years, the Australian Writers’ Guild held a session on science fiction at its conference which became a forlorn huddle in a sidebar room. But now the stuff is everywhere and its creators are working through the bits of its DNA which are reactionary. Who would have thought that the (ultimately Canadian) Handmaid’s Tale would sweep the world? Or the Californian/Irish alternate history fantasy Game of Thrones?

In a way, fantasy and science fiction helps to answer our original question about the role of agencies in manipulating the production culture. All we have to do is pay attention to the outside world. Book and comic sales tell us that fantasy and science fiction are both extremely popular as entertainment and work fantastically in high concept. Think 1984. Australian writers plug away at the genre too and are part of the world community.

With a valuable product and skills, screen creators in the genre have bypassed the local roadblocks and gone international, demonstrating vividly that agencies are great stepping stones, but the world is rich and wide.

The causes of change

I reckon this is all part of a new generation pushing into the medium, both as creators and audiences, even though we hear so often that young people don’t like long form, or feature films, or anything longer than a quick slug from a bottle of gin.

Do agencies create these changes? No, these emerging values sweep societies and bring the cultural guardians along, often gurgling and spitting with a faceful of wet sand. Agencies are part of change only when they discover and align with the deep values of the population, with a twist towards youth. Even then, they face the simplest of lizard reflexes from the centres of power, which just withdraw the finance.

The one thing I really love about the shift in agency rhetoric is the focus on simple excellence. That will do us all well in an international market.