What can we tell from the current crop of Australian short films in festivals?
David Tiley 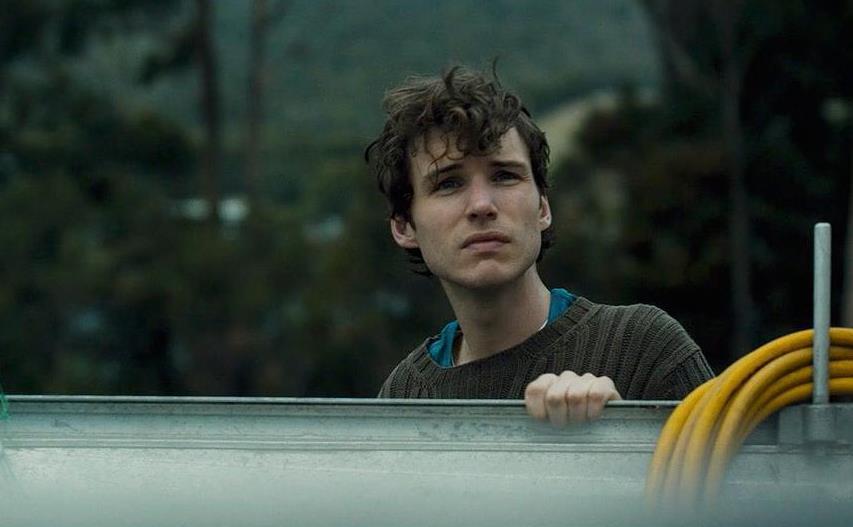 Nicholas Denton in The Diver, by Michael Leonard and Jamie Helmer

We have now had a chance to see the Australian shorts at Flickerfest, St Kilda, the Sydney Film Festival and the Melbourne International Film Festival. There are a lot of classy shorts, made in that golden era before COVID-19. But you can’t trap a screen creator forever– the lure of the imaginative universe is one of the most seductive things we have as a species.

At Flickerfest we discovered, ‘The cultural origins of the Australian winners are fascinating. A woman of Chinese background, an electric violinist – and a woman – from a Korean family, a woman of PNG and Australian parentage, a white male animator who was born in some other dimension, a female editor who went home to New York, and a father-son team from Malaysia. A lot of overseas study is threaded through this as well.’

The overall winner was The Diver, which ran at the Venice Film Festival. We interviewed the creative team of Michael Leonard and Jamie Helmer. As Leonard said, ‘We create impressionistic work but we have a massive love of traditional cinema as well. We think of people like Cronenberg and Lynch who use genre to present ideas in such a different way.’

At St Kilda, The Egg swept the pool. It was made by Jane Cho, the electric violinist from Flickerfest, who had already won at MIFF 2019, then at the AACTAs, with a Special Mention at Flickerfest. Here’s the blurb:

The Sydney Film Festival Awards were well and truly online. The Winner was Alex Wu, for Idol, which is a single shot of a young man’s face as an offscreen voice destroys him for failing to honour his contract as a constructed teen idol. The judges said:

In a very minimalist way, Alex Wu’s Idol reveals an unexpected story and we were surprisingly moved by the plight of the central character. The use of a single contained shot balanced by the strength of the writing and performance of both actors created a striking film.

The MIFF films have not yet been judged but they are a tight set of nine with strong commonalities which are also reflected in the previous winners, though The Diver is the only one of the earlier winners in all categories which turns up here.

As we discussed in the Mukbang moment, two of the winners so far come from non-Anglo cultures, and made films in their heritage language. That multicultural thread is very strong, along with a more subtle tendency to see character more in terms of culture as well. There is a kind of tender anthropology which is showing through.

There is a kind of tender anthropology which is showing through.

There is enormous assurance as well. Directors who are really confident in small gestures based on acute observation. Rhythm is firmly under control, which means stories can change pace hugely in a short time, loosening out to meditation and coming back in for the psychic shock.

There is faith in actors, who are given plenty to work with and respond from their hearts. There is great work with children, and a capacity to reach out to age. These are knowing films with a sense that learnt technique is being transformed into individual voice.

The gag film is not dead but dissected, mummified and left in a museum. The lunge for a climax and an ending has gone too. We can trust being in their world.

The gag film is not dead but dissected, mummified and left in a museum.

From this we get a real sense of the fun of production and these pictures, even though they are often really simple, are rich in production details. There’s a lot of good producing in this, of setting priorities and listening and finding the great stuff to put in the frame. They tend to feel as if the people involved are being treated with respect, and that is really important.

They are taking advantage of the creatives around them, of good actors with controlled bodies and concentration, who carry rich interiors. We seem to have come full circle to the hand held camera, but it is being used to find and hold detail rather than create movement while actors have the courage to let the machine become intimate. Those long following shots are tough to do. Ditto for cutting and production design, and music which can work its own magic to stand against a scene rather than intensify the mood.

The other obvious factor is that most of the people involved come from our key tertiary film and television organisations including AFTRS and VCA . They have wider backgrounds, with international travel and work in the sector.

The role of shorts in building careers

A director with these abilities, with this taste, with this sense of genuine growth in character, of the limits and twitches of personality, can do pretty well anything technically. Shorts will always work to advance careers as long as they are showcased on the festival circuit.

I suspect filmmakers are getting better at finding agents and managers. It may be that the most important screening of a great short is in some high rise office to make the first industry connection in Sydney or Los Angeles, London or Singapore or maybe Berlin.

Shorts will always work to advance careers as long as they are showcased on the festival circuit.

There is a sense of increasing purity to our festival shorts as they retreat from genre and excited imitation. We would expect that each generation gets better than its predecessors at the entry point to the arts, and many filmmakers embraced systematic learning but there is probably another reason at play.

The entry point is now shared by web series, and that is a whole different and more anarchic space, more embedded in popular culture, and aiming at broadcasters rather than film production. That dual development strand is very valuable in itself. It kind of liberates art.