With Forrest family money, Minderoo Pictures will be a powerful influence on documentary. Filmmaker Alex Kelly advises the sector to stay away.
Alex Kelly 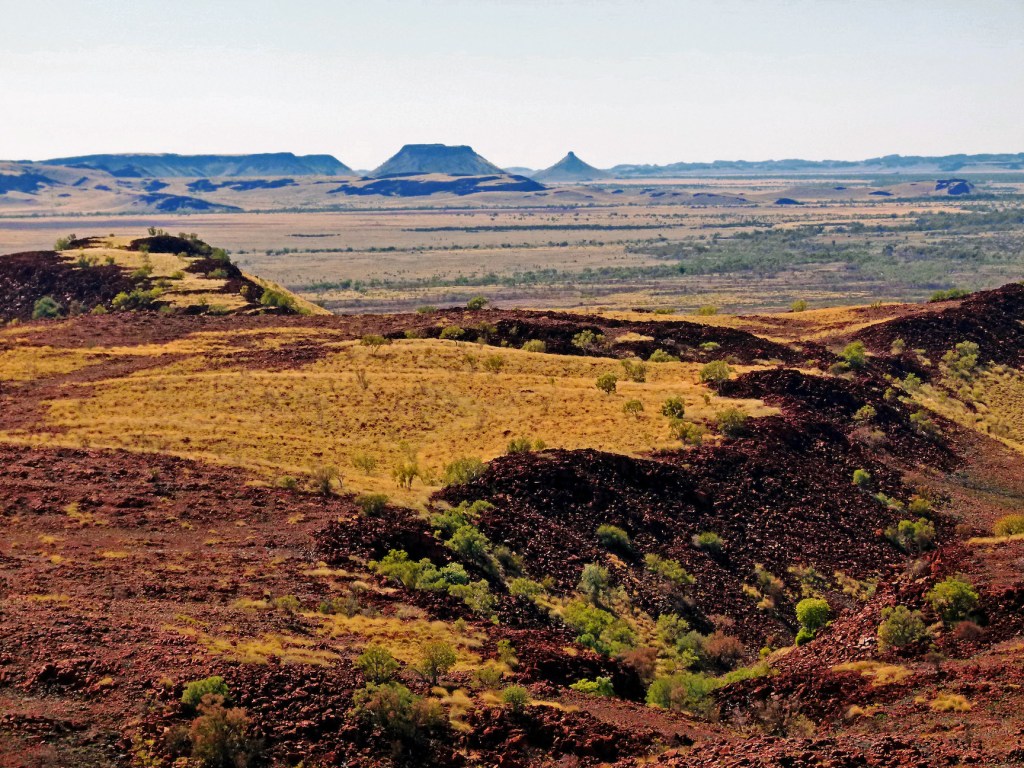 How we treat the land is part of our identity. Image – Gypsy Denise on Wikimedia Commons

With many thanks to everyone who I discussed this piece with in putting it together.

Filmmakers, Andrew Forrest has arrived – we need to talk about the ethics of his new film fund.

This conversation can never start from a position of absolute moral purity – particularly on this continent where so much wealth is derived from invasion and extraction. I’m not commentating without having made compromises myself; I’ve consulted on projects funded by fossil fuel money and others backed by profits from the pharmaceutical sector. If perfection were a prerequisite for taking a political position none of us could move. The very fact that the resource sector’s money is everywhere – in our cancer institutes, across the arts, backing our sporting teams and building our public institutions – demonstrates the stronghold these companies have and the ways in which they are working to safeguard their social license.

Now a new player is entering the film space and we need to think deeply about what this means for us.

Andrew Forrest is the second richest person in Australia (after Gina Rinehart). His net worth is around $27 billion dollars. He just bought himself an island for $42 million. Now his philanthropic Minderoo Foundation wants to support social impact films. We need to examine this fund – its agendas, potential influences and where the wealth comes from.

Forrest’s track record is public and concerning. From his concerted attempts to divide communities to undermine the native title of the Yindjibarndi people to further his Fortescue Mineral Group’s pursuit of iron ore, to his backing of the cashless welfare card the list of Forrest’s controversies is long. This month he is in the news for pushing back on national laws to protect Indigenous cultural heritage.

This conversation is necessary. We need to reflect on what such a powerful funder means for filmmakers, particularly for those of us that strive to expose injustice and contribute to making impact with our films.

According to Forrest, Minderoo’s new film fund’s purpose is to ‘motivate people, companies and governments to act … reassess their behaviours or start a movement‘.

With Forrest’s immense wealth behind them and an initial budget of at least $10 million, this foundation has the capacity to powerfully shape the funding and content landscape for filmmaking in Australia and around the world. But what do they mean when they talk about social impact films?

Impact Producing is a relatively new term, coined by Doc Society (formerly BRITDOC) in 2011. In the past ten years, the social impact film sector has exploded in terms of content produced, definitions of terms, understanding of best practice, industry credibility and investment in this kind of film work. Good Pitch Australia really put the practice on the map locally, brokering considerable philanthropic funding and backing films such as Frackman, The Hunting Ground and That Sugar Film. The core aspirations of this kind of film work are to make transformative change, using the medium of film to promote and enact social justice. In a short space of time, impact filmmakers have worked intensely to define the terms of our practice and set the standards for the work we do.

The work of social justice films can be highly impactful. The need for more funding is clear.

But what happens to the sector when a highly influential new funder rides into town? What kind of films will Minderoo Foundation fund? Would they fund a climate change documentary whose social impact strategy campaigned for a mining tax, billionaire wealth cap or land rights? Are they even qualified to speak about impact?

Understanding and doing the work of impact is complex. Definitions of social change and social justice are always contested. Corporate and neoliberal influence often pushes us to measure success through limited lenses; bums on seats and social media conversions are easier to measure than behavioural and cultural change.

Despite deeper conversations around filmmaking ethics, culturally safe practices and questions regarding representation and power finally getting more attention there is a long way to go to achieving justice in the filmmaking space. The thinking around social impact in film is still very young. This work is fragile and often slow, requiring critical conversations about power and control. It is hard to see how Forrest’s foundation is equipped for this kind of work and it is worrying to think about them erasing or simplifying the important work that is happening to develop best practice in the social impact film practice.

When learning of the film fund Michael Woodley, CEO of the Yindjibarndi Aboriginal Corporation (YAC), who has stood up to FMG over many years said the Minderoo Foundation ‘has no moral standing in relation to social impact’. (The thirteen-year battle Woodley led against Forrest is detailed in Paul Cleary’s new book Title Fight – not sure we’ll see a Minderoo-backed adaptation of that social impact story anytime soon).

Minderoo’s arrival on the scene is a big financial deal, which is probably why it has been met with only favourable media so far. The $10M they are proposing to invest initially is almost as much as the lead government film agency Screen Australia invests in documentaries each year. For context; Screen West invested just over $3M in documentary production in 2019/2020, Screen Australia invested just under $13.5M on documentary in 2020/21 while Good Pitch Australia raised some $12M from numerous funders for 18 films over three years.

The $10M they are proposing to invest initially is almost as much as the lead government film agency Screen Australia invests in documentaries each year.

Of course, there is not enough money to do this work well. Nor may there be any funding source that is absolutely clean or free of compromise (however there must be lines that we draw somewhere – would we take money from tobacco companies, weapons manufacturers or Adani?) The lack of resources to do our work and the messiness of funding ethics shouldn’t mean we let the announcement of this new film funding pass without critique – in fact these sticky questions should propel us to engage more deeply with these dilemmas.

There are profound social and ethical questions around the wealth that Forrest has generated and how. He should consider paying reparations to the communities from which he has extracted his wealth before he starts trying to shape policy through philanthropy. Or perhaps Andrew Forrest’s companies could just pay their taxes. That would be a more democratic distribution of Forrest’s wealth, rather than vesting decision making about philanthropic beneficiaries in a select few appointed by Forrest.

Sponsorship of arts and culture by large corporations, particularly those in the fossil fuels and resource sector, has been described as ‘artwash’ by British writer Mel Evans. Artwashing is the process by which large companies clean up their dirty image through a public-relations approach mediated by cultural philanthropy. This brings us to the question of social license. Making a documentary film can be a long hard slog. Do filmmakers, especially those working for social justice, really want to do all the hard work and then and badge that work with a company with such a tarnished track record? How can we make impact films with integrity if they are backed by money derived from problematic sources?

Finally, there is the question of influence: of which films get made and how Minderoo’s work may shape the social impact sector itself, in terms of how ideas of social change are upheld and discussed. Films that are funded by Minderoo will be more likely to get funding and tax offsets via the government film agencies than those without an investor on board. Such a big player can have significant influence on what kinds of films get made and on where public funding goes. Of further concern is the fact that Minderoo have made it clear they will take an active editorial role in the films it funds.

In an already strained funding environment, the risk of the weight and influence of a large corporate player is too great to ignore. Private sector money isn’t subject to an arms-length peer review process. It is money with its own agenda, and Forrest’s track record indicates that this agenda could put the entire social impact film sector’s credibility at risk.

As filmmakers, directors, producers and curators we should be deeply concerned about the impact this kind of funding could have on our industry.

We need to do more than just talk about it. We should refuse to accept Forrest’s money.

Alex Kelly is an artist, filmmaker and organiser based on Dja Dja Wurrung Country. Alex was Producer of Island of the Hungry Ghosts, Associate & Impact Producer of In My Blood it Runs and Global Impact & Distribution Producer on Avi Lewis and Naomi Klein’s This Changes Everything. Alex’s current focus is the futuring practice The Things We Did Next, a hybrid of theatre, imagination and democracy. @aggyk on twitter.