How do very different companies Wildbear and Southern Pictures respond to the challenge of selling Australian stories to the world? We talk to them to find out.
David Tiley 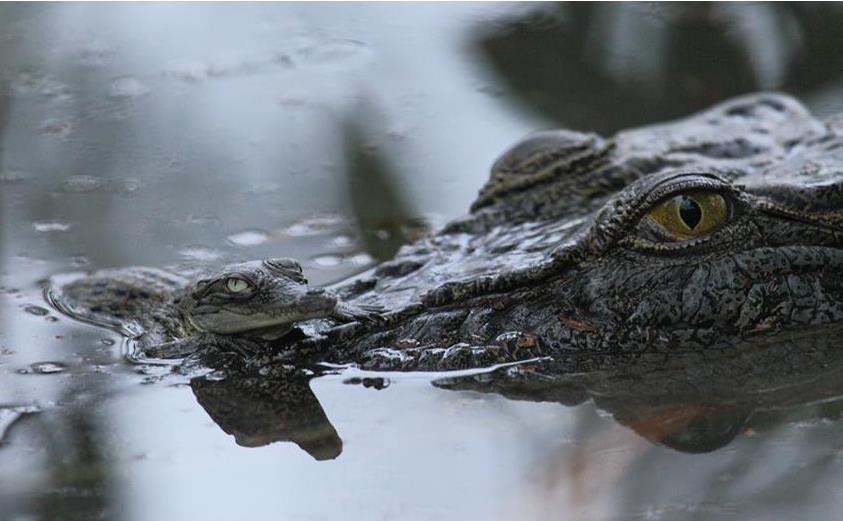 Documentary makers are faced with a paradox intensified by the increasing difficulty of their financials. They need to sell globally, but who cares about Australia? Beyond the toothy smiles of ancient predators, of course.

Building a stable, respected documentary company with a room full of researchers and a full time accountant seems almost impossible, but some companies have found their way to international hearts.

Wildbear and Southern Pictures seem to embrace diametrically opposite philosophies, and yet they turn out to form an intriguing pair.

Wildbear was created by linking Veronica Fury (Fury Productions), Bettina Dalton (Content Mint and Absolutely Wild Visuals), and Serge Ou and Michael Tear (Bearcage), which sounds like it was constructed during a coincidental meeting in a zoo. Alan Erson arrived from the ABC and Essential Media as managing director to keep these visionary animals playing in the same garden.

Their list of shows extends from Playing with Sharks: the Valerie Taylor Story to How Factories Changed the World, Living With Hitler, Demolition Down Under, Boss Croc, Supernatural Nazis and a fetching range of animal shows, often about pups, cubs, joeys and teeny crocodiles.

These titles are catnip for companies like Discovery and National Geographic, excited even more by the exotic animals from Australia. The space is also infested by an awful lot of junk peddled to bad cable shows by anxious hustlers in Hush Puppies who smell of cigarettes and rubber mattresses. But those are a world apart from genuine blue chip in the hands of skilled popular entertainers.

Wildbear is the real deal, bringing professionalism and intelligence to facts as entertainment; blending ideas and excitement with a good feel for story and sentiment.

Wildbear is the real deal, bringing professionalism and intelligence to facts as entertainment; blending ideas and excitement with a good feel for story and sentiment. The producers bring a lifetime of experience and bust out into auteur-driven shows they care about a lot.

Playing with Sharks is just the most recent example.

How do they manage the deft trick of appealing to broad audiences around the world? Michael Tear provided some answers.

Screenhub: do you start with a catchy key idea, like a headline?

Michael Tear: To some extent, I think we do. We try and think of an idea that is potentially a commercial marketing idea. And we are confident that we can build out a story from the right elements. But the key, the hard thing, is to put your finger on the unique aspect of the story, and how you communicate it to the buyers, the commissioners.

‘They are telling us more and more they want us to present ideas in a way that considers how they market their content as well. That is increasingly important because of the number of platforms, so one challenge is just to get the attention of audiences. So you have to think about the EPK (the electronic press kit) or the promo or the log line. That is actually quite hard to do when you are trying to boil down a complicated story into something that is short and to the point.

So the logline is both a marketing tool and the identity of the project?

Michael Tear: ‘Our audiences have an abundance of amazing choices. So you have to do two things: to understand what the audiences want; and meet their expectations in a way that is surprisingly original and has something to say. And then also understand each region, and how the message will be consumed. You just need to think of yourself as a consumer of TV, really.

‘There’s so many options that you can explore, so you have to think about how the program sits in the market of content. It’s the way we work. I don’t know if it is different to anybody else, but it is certainly something we take into consideration.

‘Wildbear does make a lot of content and there’s a collective value in that because we are building a knowledge base, and our expertise and our understanding of the way our different partners work. And there is another benefit in working with different people, or different buyers and different types of shows and platforms and audiences because you get clearer about what programs are right for a particular buyer.  Sometimes we will have a show which will only work on a particular platform because it is actually right for them. There are not many ideas that can travel around lots of different places and still find a home, because ideas will try and position themselves in a slightly unique way.

‘It is a key thing – people who can get to the nub of what makes a story different, and find the beats and how and why it is interesting are good company to be with. Actually it is a discipline which you practice. It is not something people are born with, fully formed, it comes from experience. It is important when you are pitching that content you understand why this show rocks for a buyer. But sometimes your creative process is not driven by market demand, it is actually people driven by a particular story.’

Laurie Critchley started Southern Pictures in 2009, to focus her long career as writer, editor and director, across print, radio and television. Her work is driven by intimacy, by revelation and fascination with people. As she says on her website, ‘Southern Pictures has a track record of making television that sparks a national conversation’.

The company made three series of Family Confidential and three episodes of The Mosque Next Door. Stutter School, Miriam Margoyles: Almost Australian, and Love Me As I Am are deeply touching.

It is very much an empathy driven company, in which stories emerge from the characters and honour the truth of the moment. As Critchley acknowledged,  ‘A lot of the documentaries we make are very much about history, social history, and character – character driven explorations of Australia. We don’t have a pipeline to overseas formats. So we do focus very much on originating content here.’

Screenhub: That puts you into a space where the amount of money you are looking for in an Australian production is relatively high. You are making domestic blue chip. Is that right?

Laurie Critchley: Yes, we are. How? Well, really, I guess it depends on your goalposts. But we do do blue chip, but I think we can do blue chip that’s quite agile, and we are quite flexible.

What are the skills that create that flexibility?

Critchley: ‘I think there’s a certain stubbornness, I think it’s really important.  We have the ability to listen, and that breeds agility because acute listening really carefully allows you to  work out where the story is, if there is a story.

‘I haven’t done a parachute show where we’ve gone in – it’s slightly antithetical to the way we work. Even The Mosque Next Door was a very strong collaboration with the mosque community. So I think I think that probably distinguishes the kind of documentary or storytelling we make. Stutter School was a collaboration with the McGuire program, which is run by stutterers for stutterers. In other words, the storytelling comes out of the community, and we provide a platform or vehicle for that. I think that’s the interesting way of telling stories.’

So far we have been contrasting Wildbear, driven by global sales with Southern Pictures, which puts domestic projects front and centre. But they are actually in deep agreement.

Critchley:  ‘I refuse to believe that there isn’t a wider interest in our productions if we do it right.

‘I think I look at every project and the potential of, “how can I speak to the broadest possible audience?” And then I think it very much depends on whether the story and the characters have the capacity to travel. As much as possible, we’re trying to make stories that have strong Australian ownership across them that can then travel subsequent to that.’

‘As much as possible, we’re trying to make stories that have strong Australian ownership across them that can then travel subsequent to that.’

Screenhub: It seems to me if you think internationally that is an absolute invitation to be superficial.

Critchley: ‘I don’t know if I’d agree with that. Because I think you can find a global audience for very strongly interrogative local content. I’m hoping also that global audiences are changing – none of us think twice about watching a French film that is multi textured, and urban. I think Australia occasionally get seen as a place of great outback stereotypes and interesting animals. And, therefore you probably have to fight a little harder to have them travel.’

Screenhub: That makes you a serious exponent of this very nice phrase ‘Glocal’, because you’re burrowing in and therefore find the universal.

Critchley: ‘I would be a very big exponent of that. And a big champion of that, and I think when productions succeed very well they can do that.

‘I think, for small players, or individual documentary makers, it always comes down to where the decision makers are. And I think that may be a challenge for Australia in the sense of being on the edge of Empire, where decisions are being made. But  I think Australians have always been very agile and how they manage that and deal with that. Finding and building relationships with either distributors or other broadcasters over time.’

Read: My Name is Gulpilil, Firestarter: the story of Bangarra to premiere on ABC TV

The Mosque Next Door, Miriam Margoyles: Almost Australian, The Embassy (co-produced with Fredbird) and Stutter School have all played internationally.

Here is a clip from Gogglebox which is about the broadcast of Stutter School.