The 2021 list of feature documentaries in the final nominee list for the Australian Academy of Cinema and Television Arts is a standout. Here are our thoughts.
David Tiley 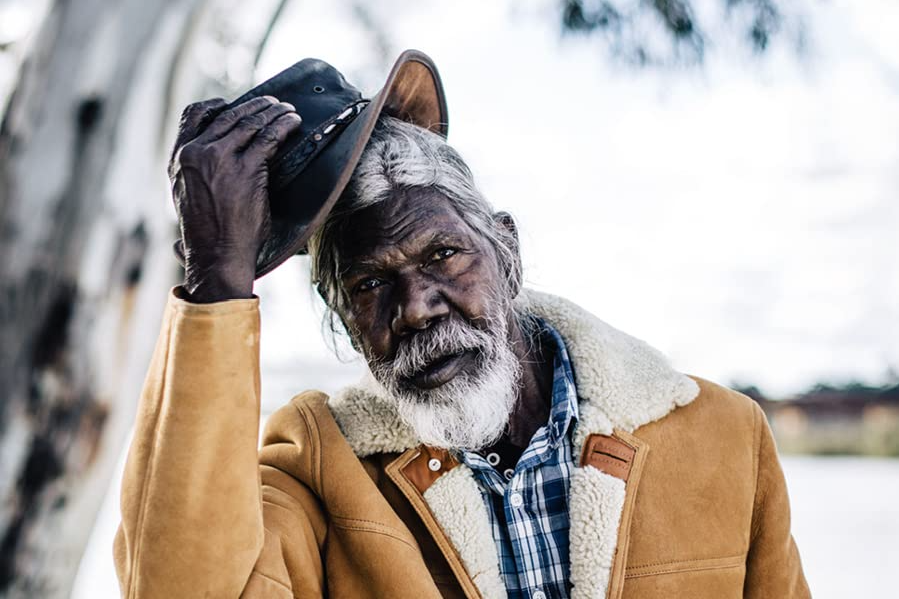 Is David Gulpilil the most recognised man in Australia? We wish. Image: by Miles Rowland.

Warning: you won’t get any help voting for these films in this article. We love them all.

The 2021 list of feature documentaries in the finalists list for the Australian Academy of Cinema and Television Arts seems to be a standout. Maybe it is caused by the lockdown which gave docs greater prominence in their cinema releases, or just extended time in editing.

When the Camera Stopped Rolling is poignant because cinematographer Jane Castle tells the story of pioneering Australian woman documentary maker, Lilias Fraser, who is also her mother.

For most screen storytellers, the world started with the invention of the Australian Film Finance Corporation to replace the old 10BA tax regime. That was basically a professional generation ago. But there was a time before that, shrouded in myth, in which documentary makers were attached to Film Australia or the ABC, and the true indies were very scarce.

Lilias Fraser’s 33 titles from 1957 to 1996 were mostly commissioned pieces on topics like Water Birds of the Inland, Weevils Mean Business and Sand Harvesters. But she also made early Land Rights Film, This is Their Land, a personal film called Land of Shadows, and Women of the Iron Frontier, described as a ‘feminist reframing of her vast catalogue of mining films’.

Jane Castles explores much much more, deploying techniques inspired by Sarah Polley and Chris Marker, as her mother dealt with sexism and a difficult personal life.

The producer is Pat Fiske, also a veteran of this transforming time, and the film is edited by Ray Thomas, who holds the history of Sydney documentary making in his head.

I’m Wanita has not yet been released, but it did premiere at Hot Docs in Toronto, which is an instant sprinkle of fame in this world.

It tells tells the story of Wanita Bhatiyar, also known as Wanita: the Queen of Honky Tonk, described as ‘a renegade country music singer’ on a mission to succeed in Nashville. A good American article describes her much better: ‘A refusal to conform and to comply makes someone special, and Wanita is a woman who stands out from the rest. With her curly flame-red hair, fabulous technicolor fashions, voluptuous body and sultry voice, the Australian self-crowned ‘Queen of Honky Tonk’ is a sight, and sound, to behold.

‘There are many angles to Wanita’s story—she refers to herself as autistic and has no qualms mentioning her experiences as a prostitute. Mother, daughter, wife, country singer, survivor, and ultimately winner, Wanita is the kind of woman we all secretly wish we could be if only we had her guts.’

It is directed by Matthew Walker, a valuable editor who has ventured into directing with this film. Carolina Sorensen and Clare Lewis are producing, which looks awfully like a Gang of Three, along with veteran lo-bu (low budget) expert Tait Brady.

Strong Female Lead also arrives quietly though it is a tough film to watch. As the website says, it uses archival footage to explore the relentless misogynistic attacks on Julia Gillard. ‘We see the attacks that characterised Gillard’s time in office – ever increasing in their vitriol, and sexual and violent overtones – as well as the gendered response of the public, media and parliament itself to Australia’s first and only female prime minister.’

It is written and directed by Tosca Looby, known for The Great Australian Fly, Magical Land of Oz and See What You Made Me Do. It is produced by Karina Holden, series veteran and Head of Factual at Northern Pictures. The editor is Rachel Grierson-Johns, even more important in an archival film.

Now we move onto a trio of films which were released in Australian cinemas during lockdown, and will be better known to the AACTA voters.

Girls Cant Surf is about the rise of women in surfing and by implication the crap behind the resistance. It is directed by Christopher Nelius, and produced by Karen Bryso, Michael Hilliard and Michaela Perske. It made $614,000 at the box office.

Valerie Taylor: Playing with Sharks is now running around the world on Nat Geo, and Australian audiences had a chance to see it in the cinemas in a very brief window, which provided $84,000 in box office returns.

It was directed by Sally Aitken and produced by Bettina Dalton. The documentary is based on interviews with Taylor, who still dives at the age of 84, and gorgeous remastered archival taken sometimes from original underwater 35mm footage by Ron Taylor.

Read: Playing with Sharks – beauty, archives and a life redeemed.

My Name is Gulpilil celebrates our greatest actor, the single figure who most completely challenges our preconceptions and carves the narrative of an Indigenous man, steeped in his heritage, who goes from Country to Cannes, and glory to jail.

It is directed by Molly Reynolds, and produced by Rolf de Heer and Peter Djigirr. The box office return was $407,000 before it went to ABC iView.

Read: My Name is Gulpilil captures the legacy of a star