From childhood favourites to thrilling new series, let's take a deep-dive into the shows and movies that the Artshub and Screenhub crew can't stop watching.
Jini Maxwell 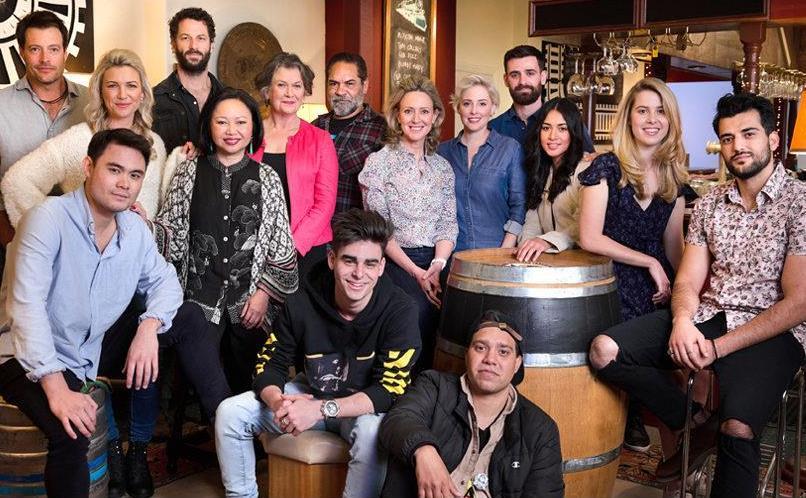 The Heights is back tonight for season two, baby! Image via ABC iview.

This month, we’re taking a look at the show and films that had the office talking, thinking and feeling. Now Oscar buzz is fading, what are the films and TV that have been sticking in our hearts and minds?

While some members of the office went high-brow, quibbling over their qualms with true cinema, others (your faithful columnist included) indulged some of their lesser loves, by revisiting childhood favourites, or committing to a silly new series.

Joy resounded throughout the office when critically acclaimed series The Heights was renewed for a new season. This series has been a popular favourite, for its multi-faceted, rich depiction of daily life, with an undeniable Australian edge. Richard Watts, Artshub’s Performing Arts Editor, has been bingeing season one in preparation for season two, which is set to debut the first of its 30 new episodes tonight on ABC. The residents of Perth’s Arcadia Heights will make you laugh, cry, and think; if you’re looking for a family friendly soapie with excellent writing to tug at your heartstrings, look no further than this.

Of course, maybe you want your family drama to err more on the side of drama. Alana Morris, who manages Artshub’s memberships and classifieds, has been getting stuck in Gigantes on SBS. A relationship drama set in Madrid’s underworld, this show is family tension at its most tense, with a backdrop of organised crime. She says, ‘It’s not too violent, which makes it compelling to watch. The only time you will flinch is when they do awful things to each other emotionally. It’s very good.’

Screenhub’s editor, David Tiley, really enjoyed Sam Mendes’ British war epic, 1917. He described it as creating ‘a real feeling for the fear and destruction and kept me on the edge of my seat.’ The film has done brilliantly at box office internationally, making nearly $600 million worldwide, which is twice as much as fellow war epic, Midway. It’s not just atmosphere that made this film stand out, but technical impact: ‘It will get filmmakers talking about the apparently one single-shot device which underpins the film. Does it really work? Watch it for yourself.‘

This weekend is the Melbourne Grand Prix, and the opening of the 2020 season. To celebrate, I’ve been watching Netflix original documentary series, which looks at the behind-the-scenes of the motorsports industry, from the dynamic of particular teams, to the nitty-gritty of the drama that F1 fans just glimpsed on-screen. If you’re interested in watching a showcase of different leadership approaches from people at the absolute top of their game (while getting a little motorsports goss on the way through), this could be the series for you.

With a host of stunning Ghibli features, it’s hard to know where to start; this month, I recommend The Wind Rises. This stunning feature is a fictionalised biopic of Jiro Horikoshi, the man who designed the fighter aircraft flown by Japan during World War II.

While the film drummed up some controversy from both left and right for its neutral portrait of the designer of a plane that flew against the Allies, the film itself is more interested in the micro than the macro. Rather than engaging in politics, it focuses on the man himself, whose life’s work is the meticulous design of aircraft.  It’s a stunning, melancholy feature that builds on the visual and thematic groundwork laid by Porco Rosso, to consider the successes and sacrifices that come with a life dedicated to, to quote a letter from Horikoshi himself, a sole desire to ‘make something beautiful.’

Stateless has been wowing critics around the country and the world, and was recently picked up by Netflix for international distribution. Its effect was certainly felt in the office, too. Business Development Director Danni Petkovic said it was ‘phenomenal,’ and prised fantastic performances from the cast as well as the social message of the show: ‘It’s such an important exposure of the treatment of refugees in Australia.’

Not all our picks were grim as grim, though; Rochelle Siemienowicz has been enjoying some comedy from across the pond: ‘I’ve been adoring all four seasons of Catastrophe on Stan. The UK dramedy from Sharon Horgan and Rob Delaney first screened in 2015, but I’m catching up now on the story of a no-strings attached hookup that ends in pregnancy, marriage, domesticity, hilarity and heartbreak. It’s very rude and brave and funny.’